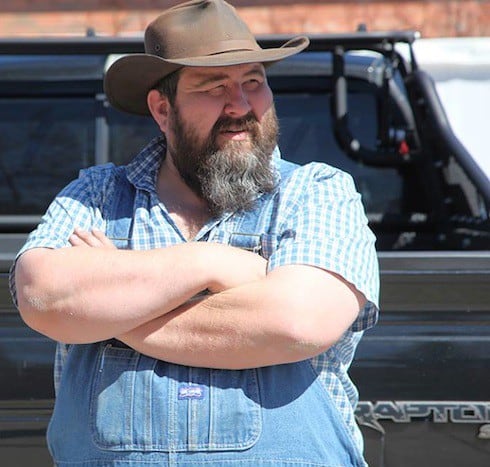 The Blue Collar Backers Ron Douglas phenomenon is real! Douglas has quickly emerged as the face of Discovery’s newest show, which features a group of unassuming millionares who team up with a cadre of dreamers to help make those dreams come true. And, of course, to make even more money!

Before we get into Ron Douglas specifically, here’s the show’s premise, straight from the press release:

With traditional banks and lenders rejecting over 80% of small business loans, there’s been a resurgence of a new breed of investors. They provide cash and, more importantly, a hands-on approach to help dreams become reality….How does a business stick out in this ever-competitive market place? And what’s the best decision for the business to move forward? Our experts will share tried-and-true methods, and the resources, to take these businesses to the next level. They will also reveal tips on how to be successful in their industries from lessons learned in the field. These one-of-a-kind endeavors will be built from the ground up–with our team of experts helping to navigate every step of the way to find that path to fortune.

And the show is called Blue Collar Backers for a reason: the cast of regulars is mae up of a bevy of energetic businessmen looking for investments in the form of down-on-their-luck peers. Bryan Stark and Wes James are investors and builders out of Arizona; twin brothers Cain and Cam Roberts are well-known contractors around the greater Biloxi area; and Cameron Davies is a food truck empresario out of San Antonio TX. 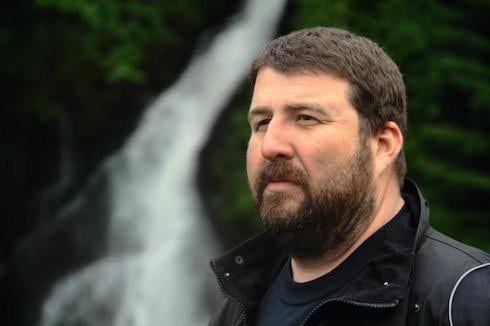 But Ron, 42, is perhaps the perfect fit for BCB, which itself fits squarely in what the Denver Post has labeled the “micro-genre of competitive capitalist television.” If you’ve got Shark Tank on the brain, think again: Ron wants nothing to do with gimmicks and flashy startups, since his MO is the tried-and-true formula of enthusiasm, sweat equity, and hustle. After all, this “self-made millionaire of the mountains”–the father of seven calls Frederick CO home–got his start flipping cars, before realizing “I could make my own money. There was no stopping me after that,” he says.

Becoming his own boss was only the first step, though, something that it looks like Ron’s acolytes will learn during BCB’s first season. It was only when Ron saw he had a knack for helping other people figure out how to achieve their business dreams that the real money started to roll in. “A lot of people have the passion; they just don’t have the direction. I’m kind of like the navigator–I kind of lay the map out, and show them the right way to go.”

But what is “the right way to go”? According to Ron’s interview with the Post, it has nothing to do with standard reality TV depictions of a business plan. “A lot of times people think they need good credit, outside investors and capital to start a business,” he explained. None of that’s true….I’m more low-key. I don’t owe anybody anything. You start with what you have in your pocket and do it as fast as possible. Instead of raising money I’m focused on creating a brand or a model. Lots of people have the passion, just not the direction.” And then, reinforcing his own personal BCB thesis statement, Ron added, “I’m the navigator.” 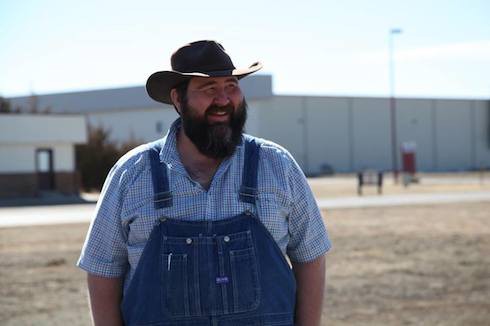 And don’t be surprised if you start seeing Ron–whose distinctive, overalls-clad look is starting to get him recognized more and more–in venues outside Discovery’s new show. Blue Collar Backers is not Ron’s endgame; in keeping with his all-hustle outlook, it’s merely the next step toward cornering the market on self-made American business sense. His self-promotion as “The Navigator” of your business dreams dovetails with his work as president of the National Self-Reliance Organization (NSRO). The group is exactly what it sounds like, and offers Self-Reliance Radio, an annual Self-Reliance Expo, and even the budding Self-Reliance University as proof. Extra-eager investors can even sign up for a series of webinars during which Ron will teach you how to “coach your company to go from zero to six figures in six months–or less.”

“[Business] has a lot to do with instinct and the person when I meet them,” Ron claims. “Are they passionate? Do they have a deep knowledge of what they’re talking about? And I make sure to meet them at the car. Is their car completely trashed and disorganized? Is their business completely trashed? If it’s a salvage yard I could care less….But if it’s a 1,000-square-foot bike shop, disorganization could end the business. Every business is different.”

You can follow Blue Collar Backers‘ Ron Douglas on Facebook here, and on Twitter here. (Ron also has an Instagram page here, but it doesn’t appear to be active yet.) And don’t forget to check out the show itself: Blue Collar Backers airs Friday nights at 10 PM on Discovery.