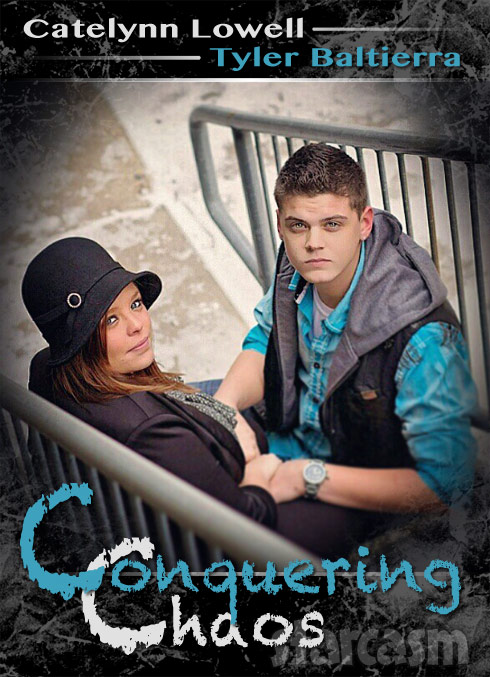 We have two new members to add to the growing list of Teen Mom franchise stars turned authors as fan favorite couple Catelynn Lowell and Tyler Baltierra are penning a book together titled Conquering Chaos, which is described as “an incredible look at two young people who beat the odds and used their victories to give hope to others.”

The book, scheduled to be released on March 15, 2015 (according to Amazon), is being published by Post Hill Press, the same publishing house that gave us Amber Portwood’s Never Too Late and Kailyn Lowry’s Pride Over Pity.

Here is the full description of the book from Post Hill Press:

Since Catelynn Lowell and Tyler Baltierra shared their story of teen pregnancy and adoption on the MTV’s 16 and Pregnant and Teen Mom, they’ve been known for their inspiring commitment to growing up right. Between their experience placing their first daughter for adoption, and their struggle to cope with problems in their families, Catelynn and Tyler were challenged in every imaginable way. But against all odds, the childhood sweethearts rose above the dysfunction to become responsible adults whose story has inspired many others.

How did two troublemaking kids from the trailer park make it through the storm of family dysfunction, teen pregnancy, and adoption without letting go of each other? What gave them the strength to conquer the chaos of their lives and go on to become people their children could be proud of? And what really happened when the cameras weren’t there?

Now, in their debut book, Catelynn and Tyler tell the story in their own words…and they leave nothing out. From the wild behavior that went down before MTV to their experiences learning and teaching about adoption, Catelynn and Tyler lay it all out on the table. Open, honest, raw, and real, Conquering Chaos is an incredible look at two young people who beat the odds and used their victories to give hope to others.

Tyler had previously revealed he was working on his and Catelynn’s love story back in February of 2013:

Tyler was also working on what was assumed to be a novel. There is no word if he has continued that project and when (or if) it will be coming out. Here is an excerpt:

The March publishing date for Conquering Chaos means the book should hit shelves at approximately the same time that Teen Mom is airing again on MTV. It will also be a couple of months after Catelynn’s due date, which might be too close for the book to include newborn photos. I suppose we will have to wait and see! 🙂

* No, that is not the real book cover above, I just thought I’d have a little fun guessing!