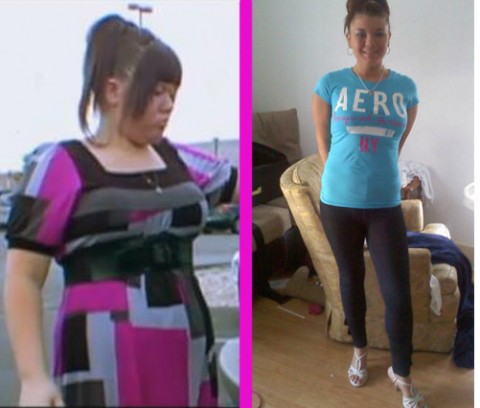 Amber Portwood was once the most zaftig girl on MTV’s Teen Mom (Second Season premiering tonight at 10 pm. EST), but from the looks of this picture of her posted this May she’s now almost stick-thin!

Amber was already looking more fit during the reunion special for the first season of Teen Mom this February, but now she’s reportedly down to 120lb. There’s a lot of speculation on the ‘net as to how she lost so much weight so quickly. They wonder if she’s taking some kind of diet pill, or if other meds she may be on have helped her drop the weight.

During the reunion special in Feb. she said she was losing weight by eating lots of veggies and fruits and watching her diet. It’s also rumored that she’s been doing Krav Maga, a fighting style developed by the Israeli army that’s becoming a worldwide fitness sensation.

She looks great, but hopefully she’s lost weight in a healthy way and avoided anything too drastic. They began filming in February, so MTV has no doubt documented Amber’s weight loss journey. The trailer reveals more strife with Gary as well, and another pregnancy scare. It looks like a scare is all it was because her belly has been deflating instead of expanding.

UPDATE 8/5/10 – Amber is in the current issue of Us Magazine talking about her dramatic weight loss! She tells the magazine that she is down to 118 pounds and they reveal some her secrets:

How did she do it? Out with mac and cheese and sweets and in with lean meat, fruit and vegetables — plus two-hour cardio and weight sessions four times a week. (The Krav Maga disciple is even gearing up for her first martial arts competition.)

The 5-foot-4 native of Indiana has lost a total of 65 pounds since giving birth to Leah in November of 2008! “I was looking in the mirror and I thought, I don’t like this. I’m only 20. I need to kick it into gear,” Amber says.

Here’s an updated pic of Amber (right). Looks like Amber has been taking advantage of the tanning salon where she works. Here she is with friend Teresa: 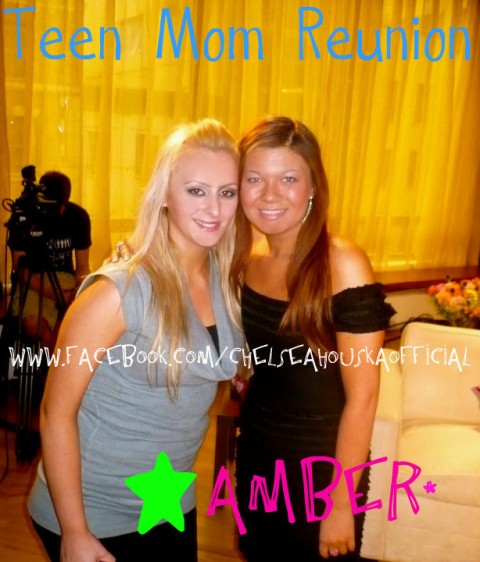