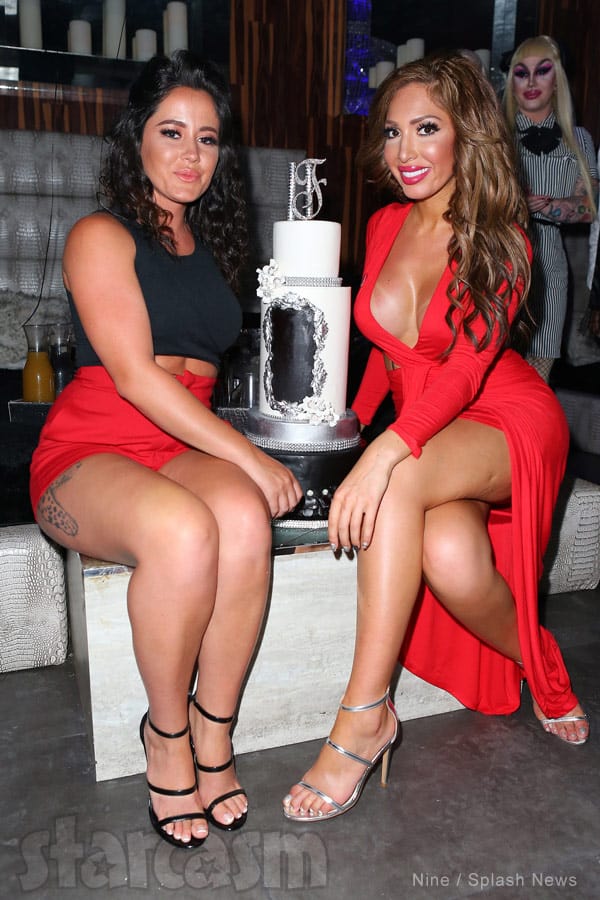 Teen Mom 2 star Jenelle Eason held an impromptu Q&A session with her Instagram followers last night, during which she revealed that she first got the idea to apply for 16 & Pregnant after seeing Farrah Abraham’s episode.

Jenelle was asked whose idea it was for her to sign up for the show and whether or not she watched it before applying. “It was my idea,” Jenlle replied. “I went to casting calls on MTV’s website after watching Farrah’s episode for the first time. I was 7 months pregnant with Jace.” PopCulture.com did an article about Jenelle’s answer titled “Jenelle Evans Reveals Farrah Abraham Inspired Her to Join 16 and Pregnant,” and Jenelle responded by retweeting the article with a bit of clarification.

“Inspired’ is a big word, lol,” Jenelle tweeted. “The show concept interested me, not her.”

Jenelle had some other interesting questions and answers, including one that seemed to be asking how long Jenelle had been sober — which she interpreted as something completely different. Here are some highlights:

JENELLE: Go out to eat at STK and stuff our faces. Take some dessert to go for later. Go home watch a new movie and eat the dessert with hubby. ??‍♀️?

Did you vote for Trump?

JENELLE: Lol I didn’t vote at all honestly ?‍♀️ don’t jump down my throat ??‍♀️

Do you want more kids some day?

What’s something about you MTV hasn’t shown. I’ve always been a fan of yours.

JENELLE: I played the violin in elementary school.

What do you think of Bristol [Palin] joining Teen Mom?

JENELLE: It’s whatever. Not our show, lol ?‍♀️

Why isn’t David able to be on the show anymore?

[It’s unclear exactly which “one comment” it was because David posted a series of transphobic and homophobic tweets during his Twitter tirade that led to his firing. He has also made it very clear since those comments that he still feels the same way.] 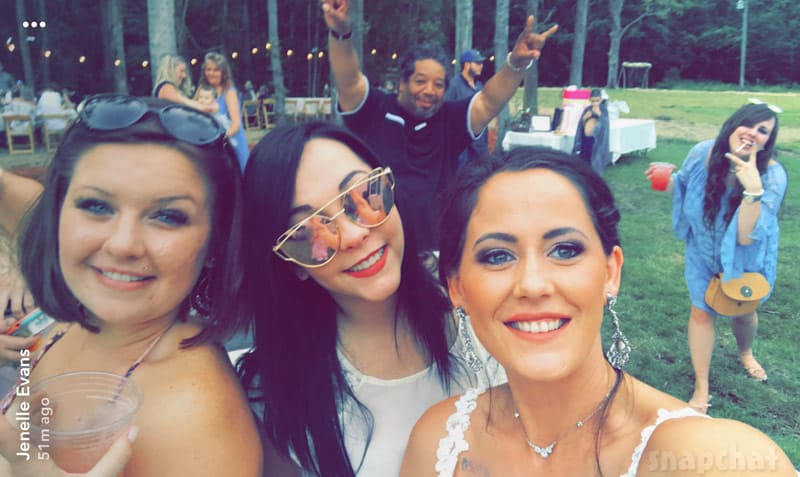 Are you still friends with Tori [Rhyne]?

JENELLE: No, not after the incident she pulled at my wedding.

What size boob job did you get?

What type of lip filler do you have?

JENELLE: Had my lips done twice before and got Juvaderm.

Why can’t you be more independent?

JENELLE: I am… I just like staying at home and been sick for months. I’ll be more proactive doing my own thing soon!