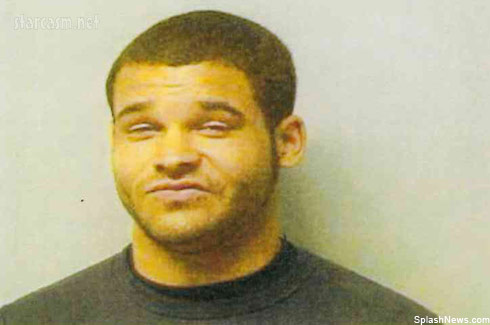 I consider this a #delper lesson learned. When I do an arrest post on Kieffer Delp (last time for stealing steaks allegedly) and embed his court calendar I should take a few minutes to review what the other offenses are.

One of the other court appearances scheduled on August 31 for Jenelle Evans’ old boyfriend is for Misdemeanor Assault On a Female and Misdemeanor Simple Assault. Before I get into the details on this arrest I’m going to reiterate a point I’ve made before:

TMZ got the scoop on the deets about this offense and it doesn’t sound good at all. According to the arrest report he punched a girl and her male friend in front of a convenience store. Back on June 16 Kieffer got a little aggressive with an actual friend of Jenelle’s and the situation got wicked quick with Delp punching her and her male friend.

The official record states that the male was, “bleeding heavily.”

I’ve kid around a lot about Delp even encouraging a Twitter trend with the term #delper and doing a recent post about his steak lifting with an image of Kieffer as Hamburglar Delper but things are getting past all that regretfully. All the signs are there, and man I mean all the signs, that this young man is going to hurt someone badly if he isn’t rehabilitated in a major way. If I lived in Oak Island, North Carolina I would not want him walking my streets and that’s a fact.

UPDATE: Jenelle Evans has tweeted about this story and she is defending Delp by claiming that he did not touch the girl and it was in fact the infamous young lady who was accused of stalking the Teen Mom!

Jenelle is referring to an incident that was reported on Teen Mom Talk in which an unnamed redheaded girl tried to attack Evans while she was pumping gas at a gas station. According to this same report this girl broke off Jenelle’s mirror on her car a few days earlier. In addition this unnamed stalker was accused of cornering Jenelle in a parking lot as Evans was headed to Olive Garden.

Evans never pressed charges against this other woman.

PHOTOS Rachel Uchitel is going to be a mommy