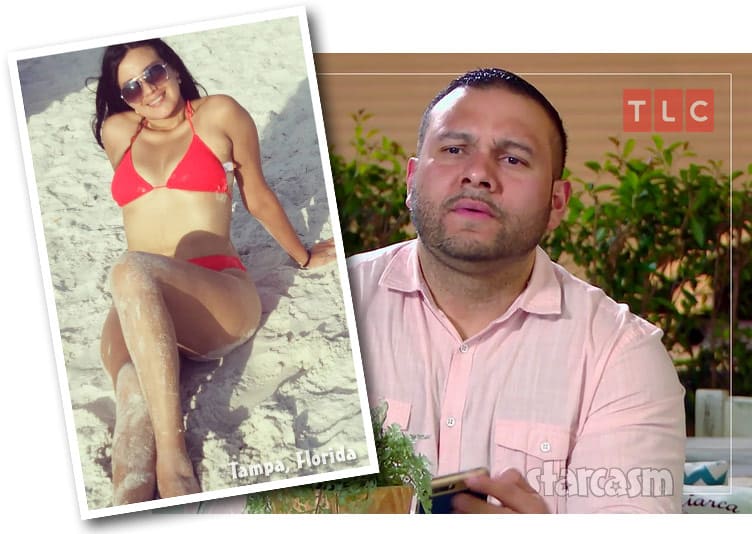 Before the 90 Days star Ricky Reyes has had quite the roller coaster journey so far this season! After being stood up by the Colombian “love of his life” Melissa on their second date, Ricky called the next number in the apparently long line of single Colombian ladies looking to date him, and the love of his life number 2 (Ximena) agrees to make the five-hour trip to Medellín meet up with Ricky the very next night!

In preparation for his second dip in the dating pool, Rico Suave scatters some rose petals around on the couch and the dining table and sets out some wine and chocolates — a tactic that seems to work wonders as Ximena arrives and is immediately smitten. After Ricky awkwardly hints that he could sleep on the couch, Ximena brushes off the idea and insists that the two sleep together in the same bed. Unlike Melissa, Ricky shares a great chemistry with Ximena — probably more than once, if you know what I mean.

All of this is setting up a very awkward scene in the next episode in which Ricky must confess to Ximena that she was his second choice. I have no idea what happens next, but the end result will be Ximena living in Tampa, Florida attending college just three months later. Wait, what?!

According to her social media profiles, Ximena moved to Tampa the first week of May, and she indicates that she is currently enrolled at Brewster Technical College.

For those of you thinking Ximena’s move to America is an indication that her and Ricky are still together, I have some disappointing news because Ricky is currently living more than a thousand miles away near Austin, Texas.

Ricky has been teasing on Instagram that things are still not as they appear on the show, so who knows what we can expect over the next couple episodes? Here is Ricky’s teaser in the form of the famous 1915 optical illusion drawing “My Wife and My Mother-in-Law” that shows both a young woman looking the other way and the profile of a much older woman: 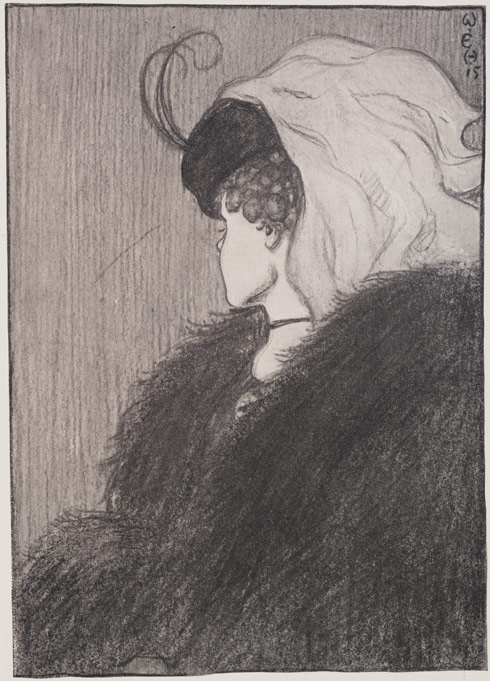 “Things may not always look as it seems,” Ricky captioned his cropped version of the drawing. I am guessing this means that Ricky’s confession about Melissa will be countered by another surprise announcement (perhaps even bigger) from Ximena?

Meanwhile, the evidence continues to pile up suggesting that Melissa was just a ruse to spice up Ricky’s story on the show, with Ximena being the real reason he made the trip all along. In addition to Ricky and Melissa’s VERY friends-only tone (in stark contrast to Ricky and Ximena’s interactions, which clearly seemed to be between two people that knew each other well), the fact that Ximena was willing to make the long trip on such short notice (and without a more surprised reaction to Ricky’s unannounced presence), strongly suggests this was all set up well in advance. And, to break the fourth wall down for a minute, producers would have needed to get Ximena’s permission ahead of time — like, well more than 24 hours ahead of time.

And speaking of breaking down the fourth wall, here is photo of Ximena in a car equipped with a GoPro camera posted back in February, which is at roughly the same time as the now infamous behind-the-scenes photo of Ricky and Ximena hanging out together on the streets of Medellín: 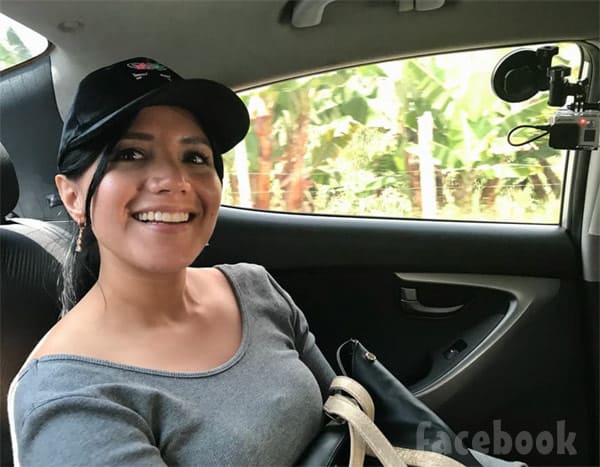 There are numerous other photos posted by Ximena during her time in Medellín, including a picture of the rose petal covered dining table and a couple in which she is wearing the same top as the behind-the-scenes photo. (None with Ricky though.) As far as a timeline, Ximena took a flight from Bogota to Medellín on February 17, and she was back home on February 27. The fact that she took a flight is just further evidence that her trip was planned in advance and not an impromptu hook up.

Normally I would have some sort of guess as to what to expect on the upcoming episodes, but I have to confess I have no idea how this thing with Ricky and Ximena is going to play out — and I love it! I know I will be glued to my TV next Sunday night to find out!

Meanwhile, here are a couple of easy-on-the-eyes photos of Ximena to tide you over: 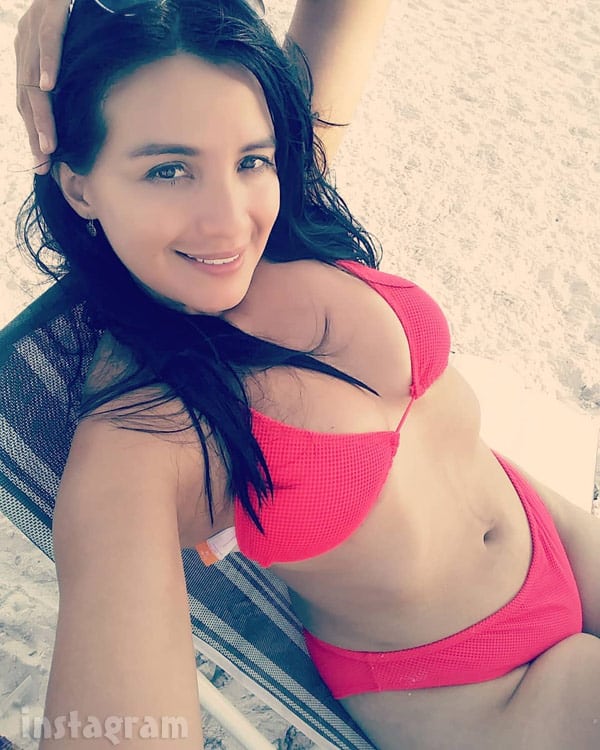 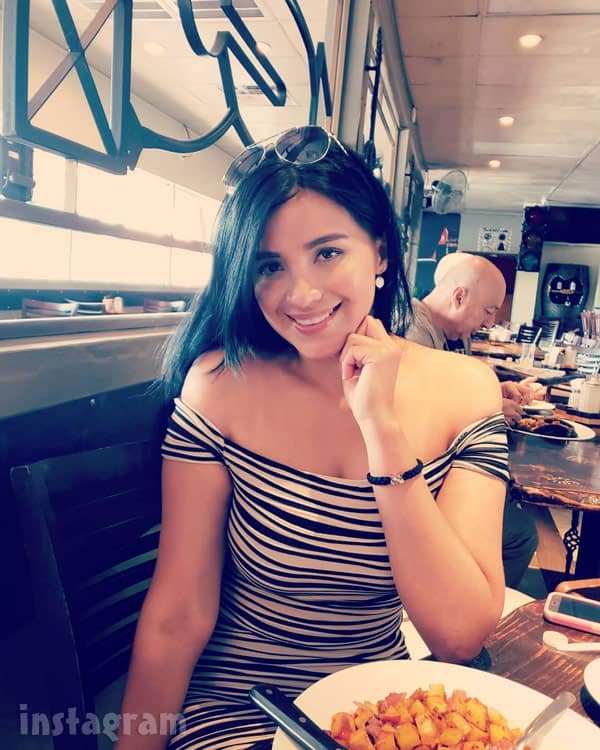