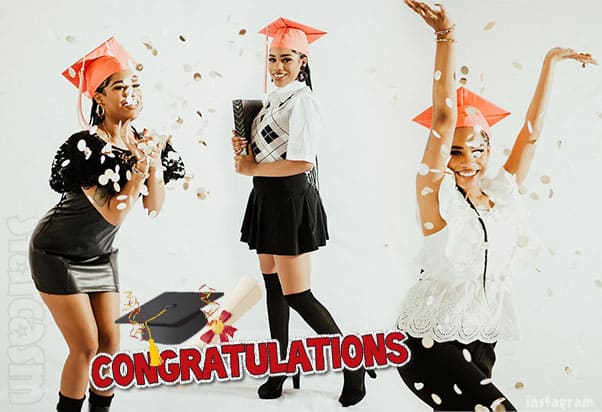 Congratulations are in order for new Teen Mom 2 addition Ashley Jones! The 24-year-old reality star just revealed that she has graduated from community college with an associate of science degree!

Ashley made the reveal with a photo gallery on Instagram in which she sported her salmon-colored graduation cap while modeling three different outfits. Ashley captioned the gallery by writing: “ASSOCIATES!!! 🥳🥳 #graduated #associatesofscience”

The associate degree is just the latest post-secondary education milestone for Ashley. As Teen Mom: Young and Pregnant viewers are well aware, she previously earned her medical assistant certification. “With a baby, I managed to shake some a** and get some straight As and raise a brilliant daughter,” Ashley said after receiving the certification. “I’m very proud of myself.”

Ashley has previously stated that she wants to get her associate degree and then transfer to a four-year university for a bachelor’s degree. It’s unclear if that is still her plan, and if so, what the timeline will be.

Numerous moms from the Teen Mom and 16 and Pregnant franchises responded to Ashley’s post with congratulatory messages. Here is a screen cap of some of the Instagram comments from Kayla Sessler, Rachel Beaver, Leah Messer, Selena Gutierrez, and even Ashley’s former arch-nemesis and future mother-in-law, Bar’s mom Shen! 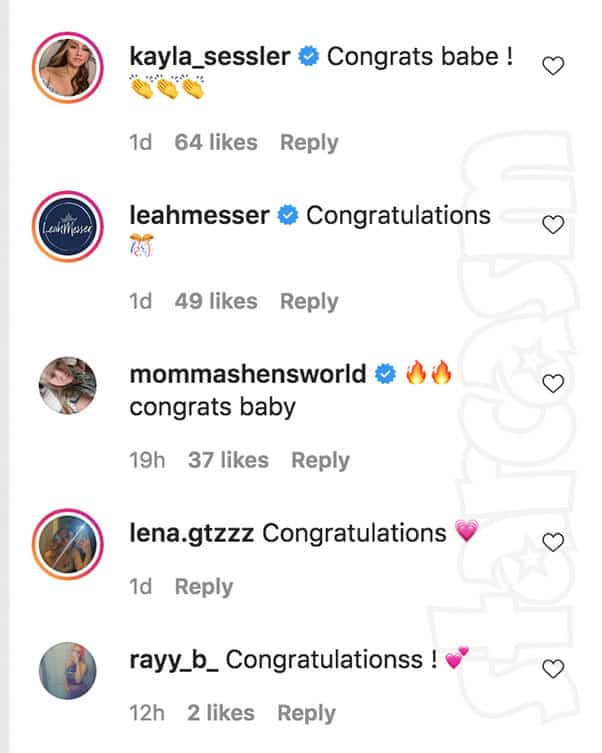 Ashley isn’t the only one in her immediate family achieving educational milestones! Her fiance Bar announced late last year that he passed the GED.

“I got my GED,” Bar wrote along with a screen capped image of his computer screen confirmation back in October. “If you know me you know how important this is to me, you know how I struggle day to day with mental sh*t and life, you know the change I’ve been making!!!”

Bar continued by encouraging others to do the same. “If you don’t have yours GET IT. It’s not as hard as it seems or as hard as I made it seem since it took me so long! Good luck 🙌🏽 #acheivement #GED #IFinallyDidIt”

Bar has mentioned numerous times that he hopes to follow in Ashley’s footsteps by going to college, and passing the GED was a major barrier to achieving that goal. Ashley tweeted in November that Bar was in college, so I am assuming that he is following that dream.

Congratulations to Bar and Ashley! The fact that they are currently engaged and seem to have their lives on track has certainly surprised a lot of viewers.

Speaking as a fan of the show, I had my doubts about Ashley and Bar as well during the first few years. Their relationship and their families seemed to be pure dramatic chaos! But, after reporting on them for so long, I’ve started developing a QAnon-level suspicion that a LOT of the drama we’ve seen play out on the show and on social media has been orchestrated.

Ashley seems INCREDIBLY savvy when it comes to reality TV and pop culture marketing — as evidenced by the numerous tweets and posts from Ashley about a wide array of reality shows that she watches. My conspiracy theory is that she has been playing up the drama, and she has taken Bar along for the ride. I’m hypothesizing that they’ve essentially remained together as a couple this whole time, and all the break ups, etc. was mostly fake.

So what about Ashley’s relationship with rapper 600 Breezy? Wait, you mean the same 600 Breezy that was involved with Black Ink’s Sky? I don’t think anyone would risk a brain strain by stretching their imagination far enough to consider 600 Breezy and Ashley concocted that whole thing.

My theory would certainly go a long way towards explaining that bizarre video of Ashley smacking herself in the face and then claiming Bar hit her.

That being said, I believe there are certain dramatic elements that are well beyond Ashley’s control — like Bar’s mom Shen. I also believe Ashley was well aware of that as well, and she continued to poke that mama bear to draw out all the drama she could! Unfortunately for Ashley, her poking drove Shen away and off the screen. For now, anyways.

Some reality TV moralists might think my theory is a diss on Ashley, but it’s quite clearly a very complimentary theory. (I have a similar theory about Mackenzie McKee dragging her willing — but oblivious — husband Josh along to make headlines and create story lines, but I don’t think Mackenzie is nearly as good at it.)

Boy, I really digressed there! OK, enough with all that silliness…

To keep up with Ashley and Bar, be sure to tune in to new episodes of Teen Mom 2 airing Tuesday nights at 8/7c on MTV!