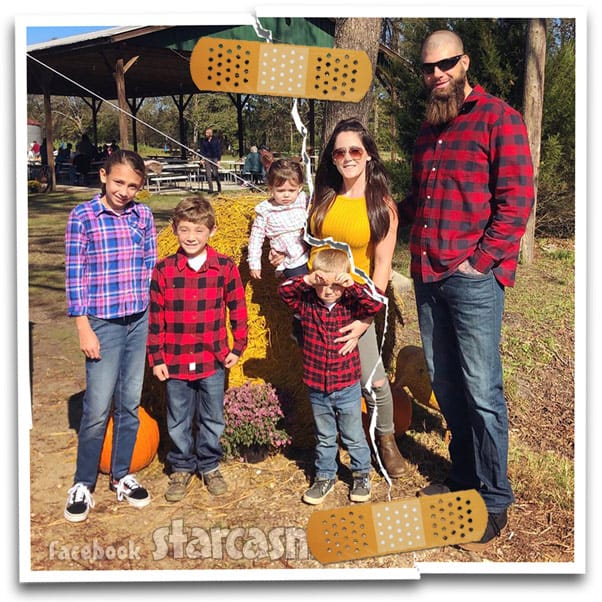 In a real deal Teen Mom 2 bombshell shocker, a North Carolina judge has abruptly dismissed the custody case against Jenelle and David Eason, which means Ensley, Kaiser, and Maryssa will be returned to The Land as early as today.

“CASE DISMISSED,” Jenelle tweeted in all caps, along with the ? emoji. She added: “Crying in tears of joy. ???”

UPDATE – Here is video of David and Jenelle leaving the courthouse after the case was dismissed. Jenelle mentions that she is “very happy” about the decision, and David suggests that some of the allegations against them were just folks trying to “blow things out of the water that are very small:”

So what happened? Why was the case dismissed? The interet’s most reliable and accurate Jenelle reporter The Ashley has a source that sheds a little light. “Despite everything [David’s daughter] Maryssa said on the stand in regard to the [alleged] abuse and [alleged] substance abuse, and some of the kids’ teachers taking the stand, and the release of 911 calls, including ones that have not been made public, the judge still dismissed the case,” The Ashley’s source says.

The source adds that the case has a new judge and she “did not see evidence of neglect” on Jenelle and David’s part.

The Ashley’s source mentions an old recording of Maryssa’s mother Whitney stating that Maryssa was a good liar, but The Ashley emphasizes that “this was NOT the only thing that led to the case being dismissed.”

There have been appeals filed, including CPS, but for now, Jenelle and David’s custody is fully reinstated. That includes Maryssa, despite David and Jenelle reportedly giving up the fight to regain custody of her after Maryssa snubbed David during a visitation and reportedly testified against the couple.

So far there has been no public statement from Nathan Griffith or Barbara Evans, who had temporary custody of Kaiser and Ensley.