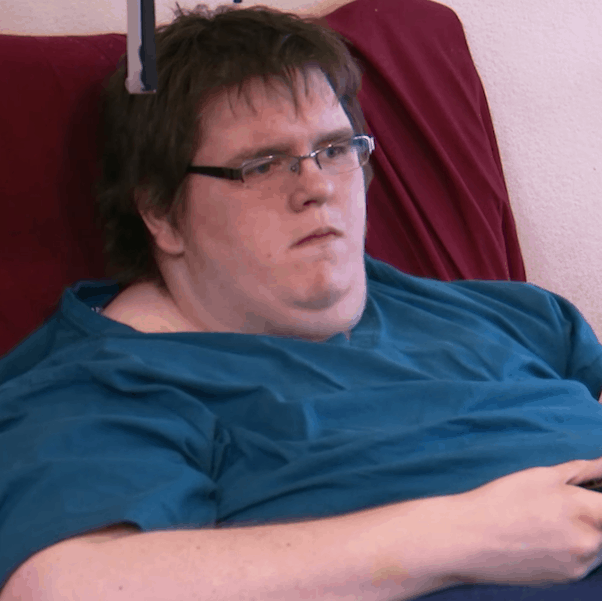 My 600 Lb Life cast member Sean Milliken’s unfortunate death earlier this year came in the middle of filming for his second Where Are They Now? episode. With that episode set to air, we’ve got new information on his cause of death, as well as Sean Milliken’s obituary, and the touching tribute of a friend from just after Sean’s passing.

Sean was one of My 600 Lb Life‘s better-known cast members since his Season 4 debut episode. His initial weight of 919 pounds was the highest the show had ever depicted — but Sean’s weight actually fluctuated greatly during his time on the show, at one point peaking at 1,003 pounds. He attributed his early weight problems to his difficult relationship with his father, as well as parents’ divorce when he was just ten.

“It was scary,” Sean explained. “So I would eat. And suddenly I felt a lot better. In that moment, nothing else mattered.” And the divorce only compounded the problem: by the time his parents’ separation was final, Sean already weighed 150 pounds.

“I felt like it was my fault,” Sean said, adding “I felt like my family had fallen apart because of me. “So I kept going to food to deal with those feelings. I would get out of school and my mom would be at work, so I would just come home and go straight to the fridge.”

At one point during his weight loss journey, Sean had lost a little over 400 pounds from his initial weight. But his complicated relationship with his mother, Renee, who continued to feed him unhealthy food against Dr. Nowzaradan’s instructions, contributed to Sean gaining back everything he had lost. And his journey was thrown into chaos by Renee’s death from kidney failure in 2017.

Renee’s death happened during filming for what would become Sean’s first Where Are They Now? episode. “A couple of months ago my mom went to the hospital because she wasn’t feeling well,” Sean said in the episode, which debuted last spring. “And she just kept getting worse. They said she had renal failure, and she didn’t make it. She passed away a couple weeks ago and I’m devastated, and I don’t know what to do now because my mom was everything to me.”

2017 turned out to be an especially bleak year for Sean. In addition to losing his mother, Sean lost most of his possessions when his apartment was flooded by Hurricane Harvey.

Sean himself died this past winter, after spending several days in the hospital battling an infection. According to his father, Matt Milliken, Sean had been hospitalized for “a couple days” when he began “having problems with his breathing.” He appears to have flatlined, as Matt said that doctors “were able to resuscitate” Sean. But the victory was brief: “a short time later his heart stopped.” Sean Milliken died on February 17, 2019. He was just 29 years old.

Although Sean Milliken’s obituary at Legacy.com is largely a rehashing of plot points from his two My 600 Lb Life episodes to date, the site also includes a guest book where friends and viewers can leave their thoughts, prayers, and memories of Sean.

But Sean Milliken’s obituary might be more properly thought of as the words of Ashley Boone, a neighbor of Sean’s, who offered a widely circulated quote in the aftermath of his death. Said Ashley, “[Sean] was definitely a loner and kept to himself but once you knew him he opened up and showed his witty side. He was extremely funny, artistic and kind.”