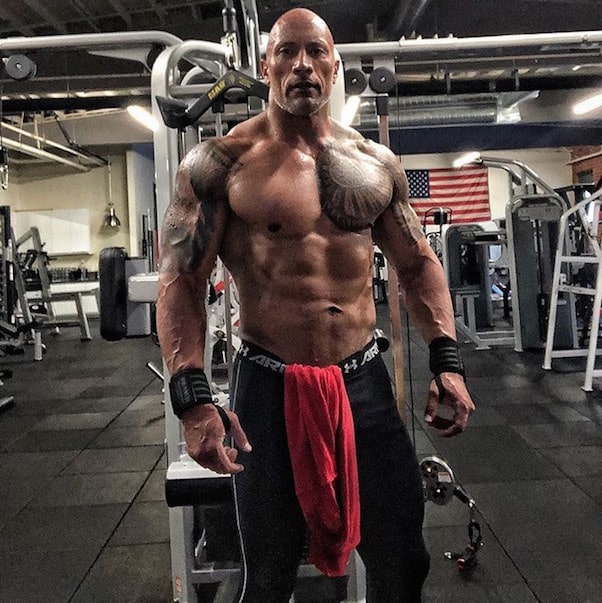 JEZEBEL – The Rock, who is often working out, just as often has dick towels at the gym all over his Instagram, leading to a very simple question: What’s the deal with this towel?

CELEBITCHY – I’ve read a bunch of the coverage of Jon Stewart’s tearful, outraged speech before the House Judiciary Committee yesterday, where he tore into the Committee’s largely absent members and their slack attitude toward federal funding for 9/11 first responder medical care, and the only sense of it I can make is that Congress for some reason doesn’t seem to think that helping support the surviving and often quite ill first responders is just not really a priority

LAINEY GOSSIP – I’ve only been hearing good-to-amazing things about RuPaul’s new talk show, so the possibility that it may not last the month is pretty jarring. If it doesn’t, the guests are to blame

VOX – Yesterday, the US women’s soccer team played their first match of this year’s World Cup and beat Thailand 13-0. That’s the most goals any team — women or men — has ever scored in one World Cup match, and also more goals than the combined total of the US men’s team in its eleven World Cup matches. And so the women would now like to be paid accordingly, please

DLISTED – Here’s the first trailer for Frozen 2, which contains nary a note of “Let It Go” but doubtless has millions of parents cringing in fear just the same

REALITY TEA – Kathryn Dennis’ Southern Charm castmates criticized her extravagant spending, to which Kathryn’s response was basically “They have no idea what they’re talking about; also, I was totally spending extravagantly”

GO FUG YOURSELF – These photos of Prince William and the Dutchess of Cambridge enjoying a good sheep shearing at a farm in Cumbria got me remembering that there’s a Downton Abbey movie coming out soon, about which I then got excited all over again

THE BLAST – You’ve been warned: “Steve-O Popping His Disgusting Blister Cannot Be Unseen”

(Photo credit: Dick towels at the gym via Instagram)