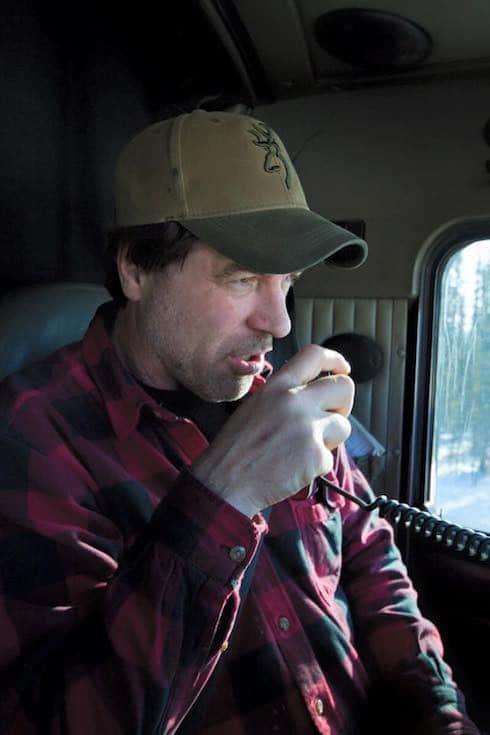 The Darrell Ward funeral was reportedly a somber affair this past weekend, and took place while what’s expected to be a long investigation into the plane crash that took Ward’s life began in earnest. The Ice Road Truckers‘ family reached out to fans to thank them for their many tributes to the 52-year-old trucker and reality TV star, and to reiterate that a public memorial service is forthcoming.

Ward and 56-year-old friend Mark Melotz were both killed last week when the plane Melotz was piloting experienced a sudden, unexpected, and rapid descent, and crashed into a strand of trees near the airstrip where they’d intended to land. Compounding the tragedy was the large number of friends and family of Ward and Melotz’s who had gathered at the air strip to greet the two men–and who witnessed the plane first crash, then explode into a ball of flame. Eric Komberec, a friend of Melotz’s, told the Montana Standard that “prior to the touchdown, the airplane just veered 90 degrees to the right” and that “Something happened drastically wrong at the very last minute that was out of the ordinary, unlike anything I’ve ever seen.”

According to Bozeman’s KBZK, the official investigation into the crash has just begun–but family members of the two men and fans of Ward’s shouldn’t expect a report anytime soon. Thomas Little, the National Transportation Safety Board’s lead investigator for the crash, told the station that the recovery team will “start an extensive examination [September 1st] with the airplane laid out [in a salvage yard], which is much more extensive than we can do in the field.

“We’re in the preliminary stages of this whole thing and it takes awhile…we’re very methodical,” Little added, and said he expects the entire process to take months. In KBZK’s words, “representatives from the companies who manufactured the plane and its engine will also comb through the wreckage.”

Meanwhile, the Darrell Ward funeral itself took place this past Saturday, September 3rd. Though it was a private event, ABC/Fox Montana reported that it was scheduled to involve “a truck procession” running through the streets of Deer Lodge, where Ward lived. The network originally intended to stream the funeral, before being asked by the Ward family to keep it private.

Ward’s son Reno also spoke with the station, telling reporters “I’m at a loss for words….It hasn’t sunk in yet what actually happened. So, it’s hard for me. I’ve been emotional at times, had some highs and lows but most of the time I’ve been in disbelief I think.”

Among the many tributes available on Darrell’s official Facebook page is this one, by band SB21, which shared a song they had written for the Ice Road Truckers star:

In addition, big rig media outlet Chrome & Steel Radio devoted their most recent podcast to memories of Darrell from his peers in the industry. You can listen to the whole thing here:

Ward’s family is still putting together a public memorial, and will share details on his Facebook page as soon as the event is planned.