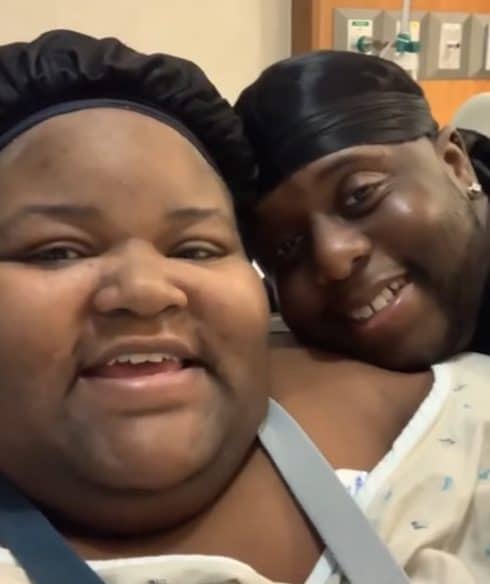 Is Schenee Murry still alive? Rumors of the My 600 Lb Life star’s death have been swirling over the past few months, thanks to Schenee’s numerous hospital visits over the same span of time. Schenee’s also been dealing with recent heart problems, which she feared could have been very serious.

Schenee Murry of My 600 Lb Life Season 6 has been in and out of hospitals over the past few months, dealing with a series of health scares including recent heart trouble. Rumors of her death have been swirling — so is Schenee Murry still alive?

As we wrote in our last Schenee Murry update at the very beginning of the year, Schenee had just been admitted to the hospital for what she only referred to as “a procedure.” The lack of specificity got fans of the controversial My 600 Lb Life cast member worried, and had detractors — one of Schenee’s best-remembered scenes is ordering a pizza to Dr. Nowzaradan’s office during a visit — rolling their eyes.

Even more surprisingly, Schenee was claiming that she’d been losing weight steadily, and was down to 522 pounds from her peak weight of 780. To support her claim, Schenee shared a photo of what she said was the reading on the scale when she was standing on it. The scale did indeed read 237 kilograms, which translates to 522.4 pounds — but Schenee herself was not in the photo, and skepticism only grew.

Since then, it looks like Schenee has been hospitalized at least twice more, both in the past couple of weeks. On either February 15th or 16th, Schenee checked herself in due to general pain and lethargy, then shared her first video update from her hospital bed on February 17th. According to Schenee, her doctor had become concerned that Schenee had a blood clot in either her lungs or her legs.

Several more updates followed (Schenee says she’s committed to streaming live at least once per day). After four days of tests — and with “Schenee Murry still alive” gossip starting to pick up — Schenee announced that she’d been told the cause of her problems was low potassium, with a very specific cause.

“I guess with me getting diarrhea so much,” Schenee explained, “my potassium started going low, so I had to take a lot of potassium pills. So, I just wanted to tell everybody I’m getting out of here today!”

However, according to Schenee’s latest clips, she’s back in the hospital again as of yesterday. This time, the cause of her concern was a general worry that something was wrong with her heart. And the doctor who treated Schenee at first confirmed her suspicions, saying there might be a buildup of fluid in her heart.

But it sounds like the problem is not cause for serious concern — while Schenee hasn’t yet been discharged again, she says her prognosis is good because of her heart’s strength:

“‘I’m not gonna do nothing to your heart; your heart is strong,’ Schenee says the doctor told her. “He told me that I don’t need to get surgery, that I just need to keep going on my journey — and that I can do it….He said whatever I’m doin’ to lose the weight from when I was 780, keep going.”

It’s at this point in the video where Schenee also adds that she was weighed upon being checked in again. This time, Schenee says she weighed 252 kilograms, or 555 pounds. However, a few days earlier, Schenee told a fan on Facebook that her weight loss was “almost 300” pounds. While dropping to 555 from 780 would be impressive indeed, it’s a total loss of 225 pounds — not quite the “almost 300” Schenee had just stated.

So — is Schenee Murry still alive? Very much so: and Schenee even recently uploaded what she implied are new weight loss pics to further dispel any gossip. Here’s the first of those, from late December: 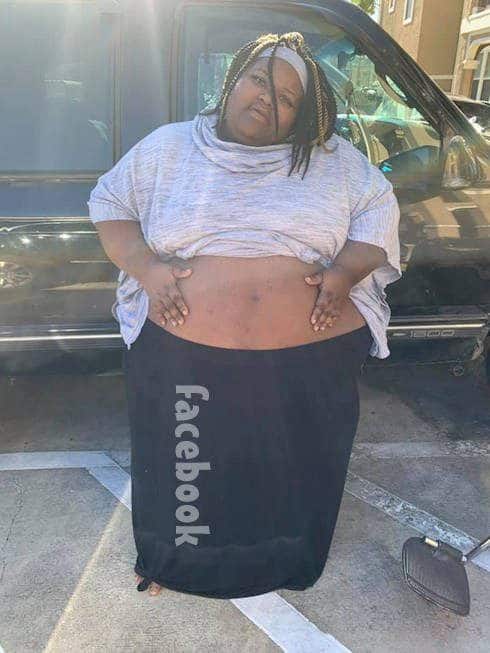 And here’s the second, which Schenee shared earlier this month: 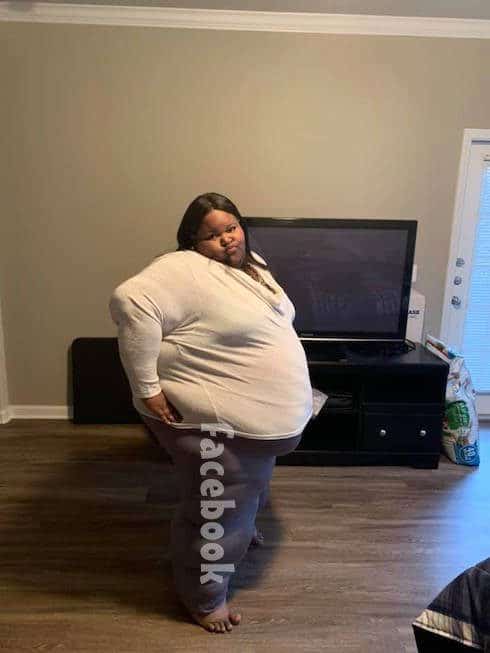 For comparison, Schenee also shared what she called a “before” photo. She didn’t say exactly when it was taken. It does remind us of a similar pic, with Schenee surrounded by paramedics, while Schenee was still filming her My 600 Lb Life episode in October of 2017 (which you can see here). 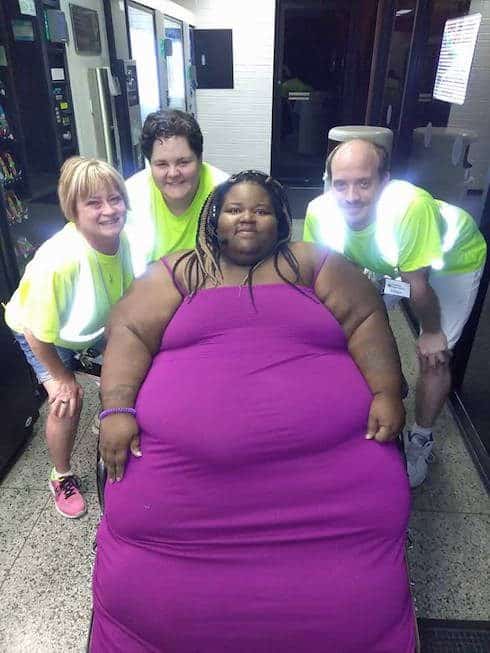 Finally, Schenee’s infamous GoFundMe is still active. However, the tally is unchanged since our last update: so far, Schenee has raised $290 of her $50,000 goal.

You can follow Schenee on her YouTube channel here. Her My 600 Lb Life episode is available for streaming on the show’s official site.