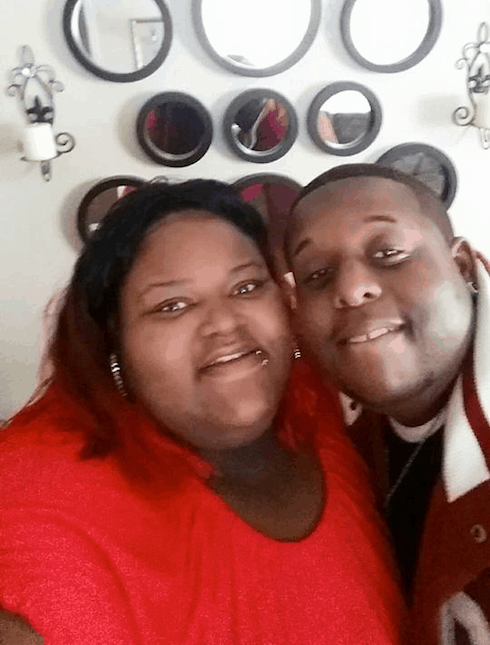 It appears that Schenee Murry from My 600 Lb Life is trying to cash in on her controversial Season 6 appearance. Just days after her episode premiered and showed Schenee ignoring Dr. Nowzaradan’s help, she’s set up a GoFundMe page with a $50,000 goal so Schenee can “seek help” and spread her “TRUE story.”

In case you missed Schenee’s episode, one point of reference is that viewers have been trying to decide whether she or fellow infamous Season 6 participant Lisa have made them madder. Schenee from My 600 Lb Life refused all diet advice, at one point even (appearing) to eat a pizza she’d ordered while waiting for Dr. Now in his exam room.

Ultimately, Schenee never lost weight and was not approved for weight loss surgery. But now she’s alleging that her My 600 Lb Life episode cast her in an unfavorable light — and that the truth will indeed come out, if only Schenee can get the funds to tell her story properly.

According to the description on Schenee’s GoFundMe page, Schenee’s “TRUE story was NOT told” because of “heavy editing of that show.” (It’s worth pointing out that, possibly for fear of legal retribution, Schenee never actually calls My 600 Lb Life by its name, referring only to ‘that show.’)

I would like the opportunity for my true story to be told so that the misconceptions about me can be addressed. There were several inaccuracies that were shown that put me and my husband in a bad light. There was only a passing acknowledgment of my health issues, my relationship with my family and my emotional issues.

I am asking for donations so that I can seek the help that I need and spread my TRUE story. This can only be done with your help by you contributing to our “fight for Schenee” campaign. REMEMBER that in the eye’s of our Lord, there is NO perfect human and only with your generous help I can reach my goals of a healthy lifestyle and someday children with my husband. “Team Schenee” needs your help.”

Here’s a screencap of Schenee’s fundraiser, in the event that the page disappears: 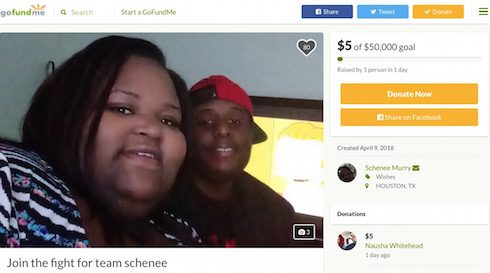 Additionally, Schenee took to Facebook Live the day before starting her fundraiser, to discuss one of the most infamous (and, if we’re being honest, loathed) scenes from her My 600 Lb Life episode: namely, the pizza incident.

“What’s good, y’all,” Schenee says at the start of the brief clip, which we’ve embedded below. “This is Schenee Murry Hawkins, and I’m still in Houston. I don’t know what everybody’s going crazy for, but let me tell you this. I don’t fall for no man but God. And no, I didn’t eat the pizza. And don’t worry about what the bleeps was for.”

At that point, her husband Fred shouts that he “ate the motherf*ckin” pizza, and that the “sausage and pepperoni” pie was “fire.” He then gives the double bird to the camera and tells Dr. Nowzaradan “f*ck you” if he believes otherwise.

Schenee then takes back over. “I’m always gonna be beautiful,” she says. “I hope everybody is watching this. Big, beautiful, and bold. I don’t fall for no man.”

New episodes of My 600 Lb Life air Wednesday nights at 8 on TLC.

(Photo credits: Schenee from My 600 Lb Life via Facebook, GoFundMe)

Study shows Botox can stop working after repeated use