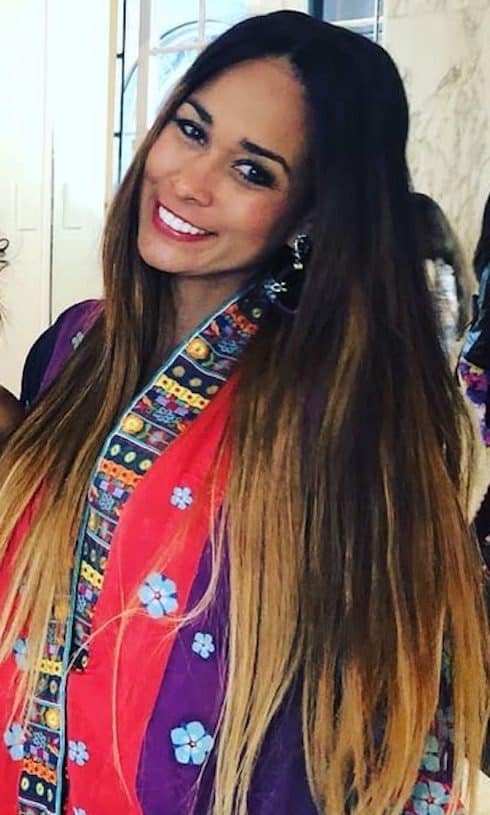 Returning Real Housewives of Potomac star Katie Rost put an end to the speculation about her alleged miscarriage, sharing that she did miscrry her fourth pregnancy and first by current partner Jacob. (Jacob’s last name has not been made public.) Now, since the Katie Rost miscarriage is confirmed, the remaining question is whether the miscarriage was in any way related to Katie’s ongoing claims about the spousal abuse she allegedly suffered from ex-husband James Orsini remains unanswered.

Both questions came up simultaneously this past Valentine’s Day, when a photo of a naked woman lying facedown on a bathroom floor surrounded by her own blood appeared in Katie’s Instagram feed. The woman’s face was not visible, but fans speculated that it was Katie in the photo. And given that Katie had been calling James out on Instagram for weeks at that point, the photo’s caption — “#metoo” — caused fans to react with horror.

Shortly before taking the photo down, Katie explained what was going on in a response to a fan’s question. “I miscarried,” Katie wrote. “Jacob took the picture, he posted it on my phone, he was mad, said they killed my baby. I am ok, will take this down now.”

Since then, Katie has ramped up her social media campaign against James, decrying a court system Katie says is unfair in its treatment of abused women and essentially using Instagram to try James in the court of public opinion instead. The timing of Katie’s campaign, combined with the cryptic “said they killed my baby” comment, has led to speculation that James was in some way responsible for Katie’s miscarriage at approximately five months.

Katie didn’t address that speculation. “I have a really great team of doctors, and a lot of support from my friends and family. It was a pregnancy far enough along that I’ve had two incredibly tough weeks physically,” she wrote, in her first public comment on the Katie Rost miscarriage since the Valentine’s Day photo explanation. “But I am ok. It’s been a nightmare in every other way.”

Filming for The Real Housewives of Potomac Season 4 wrapped several weeks ago. The season does not yet have a premiere date, and it’s unknown how much — if any — of Katie’s current struggles with James or of the early days of her pregnancy will feature in the new episodes.