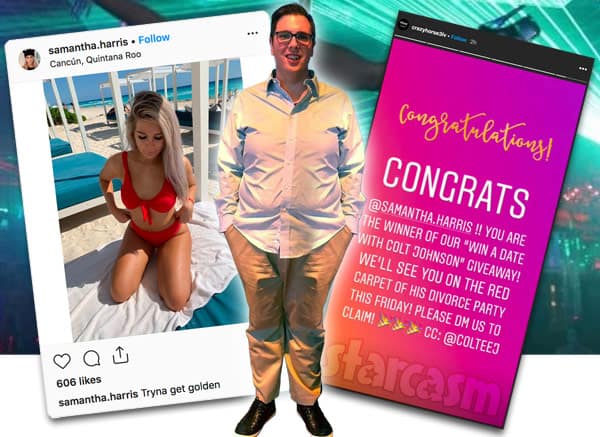 It was revealed earlier this month that estranged 90 Day Fiance couple Colt Johnson and Larissa Dos Santos Lima would be hosting two different divorce parties on back-to-back nights at the Crazy Horse III strip club in Las Vegas. As part of the club’s promotion for Colt’s rebachelorization party, they sponsored a contest in which one lucky person could “win a date” with Colt that included hanging with Colt as well as a free VIP table with bottle service.

After almost two weeks of suspense, the Crazy Horse III has announced the winner — and Larissa may not be too happy!

“Congrats @Samantha.Harris!!” The club revealed on their Instagram story moments ago. “You are the winner of our ‘Win a date with Colt Johnson’ giveaway!” the announcement continues. “We’ll see you on the red carpet of his divorce party this Friday! Please DM us to claim.”

Judging from her Instagram profile, Samantha is a 22-year-old blonde who lives in Las Vegas. She is quite easy on the eyes, and looks to be a cat lover. Oh, and she shared a bikini photo taken in Mexico (above) earlier this month. In other words, Coltee’s dream gal!

If you were one of the unlucky millions who did not win, have no fear! You can still attend Colteepalooza this Friday, and even meet Colt himself — if you’re willing to purchase bottle service. Here’s the sweet package deal being offered by the club for a mere $329:

TLC’s 90 Day Fiancé star Colt Johnson invites you to join him as he celebrates his Divorce Party and starts the next chapter of his life, on Friday, March 1 starting at 11:30pm. Meet the reality star with the purchase of bottle service. For free ride and free entry, call 702.903.1497 or book online now and save.

No Admission Charge ($40 Value Each)

Unfortunately for fans of Larissa, her party did not feature a similar contest. I’m not sure if that is because her offering a “win a date” contest before she’s even divorced might have a negative impact on her visa status, or maybe it’s because of her new boyfriend that she has been seen partying all over Las Vegas with for the past week?

In honor of Samantha winning the romance lottery, I thought I might revise an earlier photo I created for Colt and Larissa back in more innocent times. Here is the original followed by the new one with Samantha:

How Colt imagined his life with Larissa would be #CarNotBiggie #90DayFiance 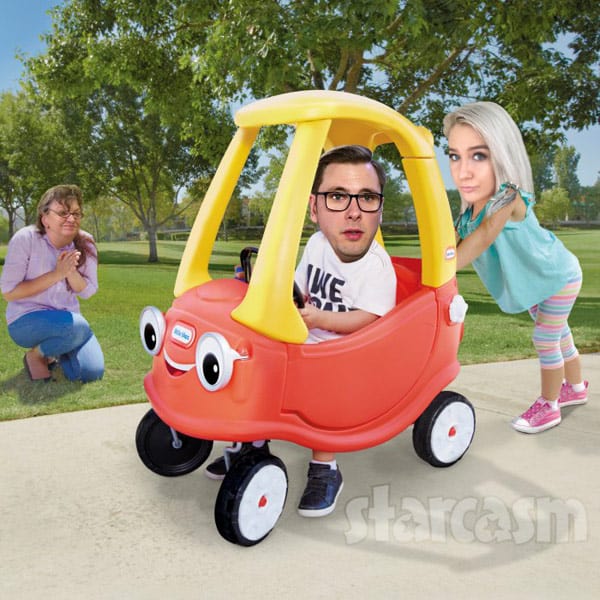