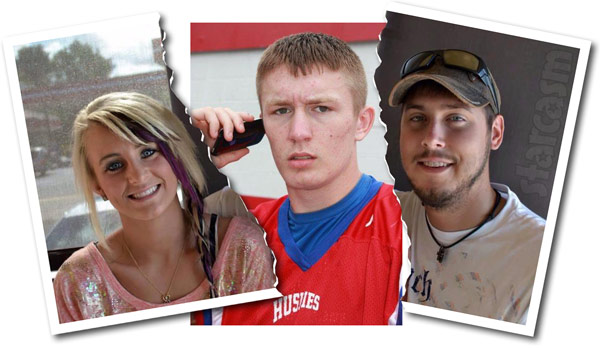 Despite his previous public denials of reports that he recently had an affair with Teen Mom 2 star Leah Calvert, her ex Robbie Kidd is now admitting that they did sleep together in October!

Robbie spoke with In Touch in a new bombshell interview and recalls of that October afternoon, “I asked her if she wanted to come over and talk,” before adding, “Leah didn’t hesitate. She came right over, and one thing led to another and we had sex. We wore protection. That was the one and only time.”

As mentioned above, this is in stark contrast to Robbie’s previous statements, including his audio interview in early November.

Robbie has a child of his own, but was having issues with the child’s mother at the time due to his recent drug arrest. He explains to In Touch that he and Leah seem to find each other whenever both of them are in a dark place. “Whenever things are going bad in our lives, we reach out to each other, and this is what happens.”

You might recall that Leah slept with Robbie the night before marrying her first husband, Corey Simms — an incident that almost prevented the two from getting married.

Robbie goes on to explain that Leah was feeling alone because of how much Jeremy had to be away due to his job, which viewers of Teen Mom 2 know all about. But it wasn’t just the amount of time Jeremy was away that was the problem, according to Robbie. “She said Jeremy doesn’t care about her or their family when he’s gone. All he wants to do is talk about sex.”

So what’s to prevent a similar situation happening again in the future? “We’ll always have a connection, but I’m tired of the drama,” Robbie says. “I’m finally happy with where I’m at in my life. I don’t want anything to do with her anymore.”

As we previously reported, Leah Calvert has had a change of heart about leaving Teen Mom 2 and has reportedly signed on to film Season 6. It is unknown how much of her affair with Robbie will be featured, but given that it is at the heart of her split from husband Jeremy Calvert, I can’t imagine MTV will try to skim over it. Plus, they have been unflinching with coverage of Leah’s previous issues, which is largely why it is believed she wanted to leave.

Check out the full interview with Robbie Kidd in the latest issue of In Touch on newsstands this week!

PHOTOS Jenelle Evans gets out of the hospital

Jenelle gets restraining order on David Eason, flees the state; he’s not allowed to contact her or the kids