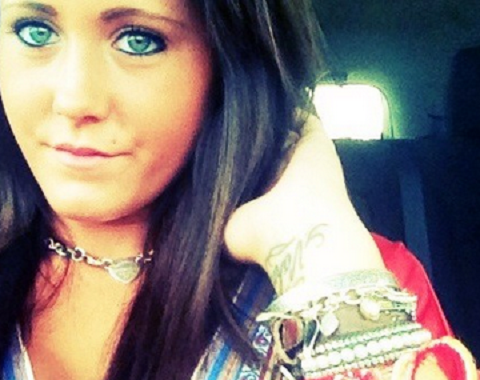 Jenelle Evans’ recent Twitter feud with her ex-fiance Gary Head took a turn for the worse when Gary tweeted a message from Jenelle’s sister accusing Jenelle of stealing her money to buy marijuana and leaving her stranded at 3 am. However, Jenelle quickly denied it all and claimed that she only left her sister because her sister’s husband, who had just badly beaten her, was heading home and she was afraid. She even posted a shocking photo of her sister’s devastating injuries.

Yesterday, Asheigh took to her own Twitter account to claim that the photo was ‘fake.’ After hearing her sister’s claim, Jenelle tweeted,”If it was fake then she lied to my entire family and the government becuz her husband is a marine. How come this event happened friday and the bruises are still on her face? She must put makeup on everyday.”

Jenelle then accused her sister, Ashleigh, of lying about the stolen money as well, saying, “That was moms $500 she gave to me on the way back to NC not yrs.” She then added, “u told me to tell yr husband that a Mexican beat u up, so what’s the truth Ashleigh?”

To make matters worse, Jenelle is retaliating against Ashleigh for lying, and has even threatened to expose her as a bad mother. She tweeted, “must I post that video on YouTube how yu treat yr son?! Slamming the door in yr baby’s face isnt too nice :/”

It’s interesting that both of the sisters have been with marines who they accused of becoming violent with them. Hmm.. It may be a shot in the dark, but this could be an extremely serious situation. This photo may be fake, but we hope that Ashleigh will get the assistance she needs if she being abused.