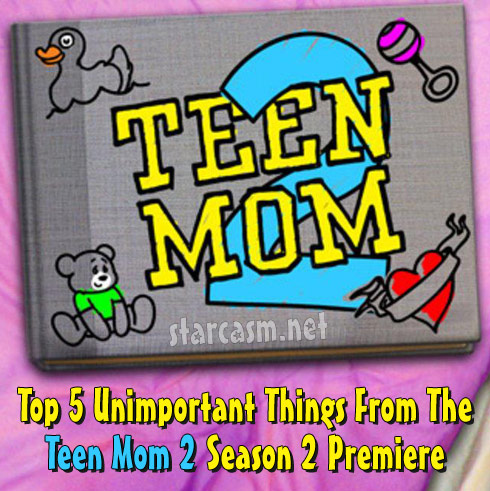 Tonight was the much-anticipated Season 2 premiere of Teen Mom 2 and it hit the ground running right where Season 1 left off with all the young mama drama you can handle! Leah Messer won an argument with Corey and went looking for a job, Chelsea met with ex Adam Lind and it was obvious she still has feelings for him, Kailyn and Jordan continued their whirlwind romance and Jenelle and mom Barbara had their biggest on screen fight yet!

But this post isn’t about all that “important” stuff, it’s about all the other awesomeness. From Chelsea Houska’s red VW bug (my favorite Teen Mom vehicle btw – now a thing of the past) to Jordan Wenner dressed as a HUGE baby, the episode was jam-packed with wonderful little things drenched in Teen Mom scrumtrulescence!

Without further ado, here are my “Top 5 Unimportant Things From The Teen Mom 2 Season 2 Premiere:” 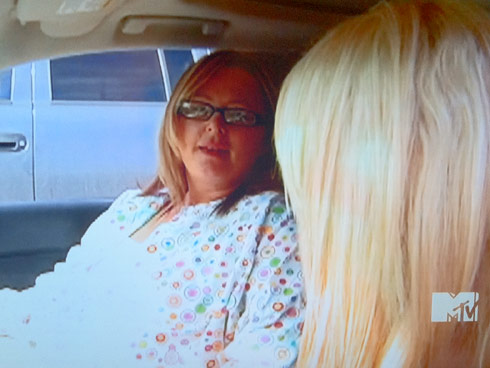 5. Momma Dawn in brightly colored sorta polka dot scrubs! Since her daughter has been launched into reality stardom her mom (known affectionately in the Teen Mom Universe as “Momma Dawn”) has established herself as one of the most prolific and opinionated tweeters in all of reality television! It was wonderful seeing her in just as colorful an outfit as her infamous @MommaDawnSpears Twitter personality! I only hope when Leah went shopping for her scrubs later in the episode (She’s gonna be a workin’ gal y’all!) that she picked out something just as awesome. (My apologies for the lackluster photo – I tried to get a better shot but those darned MTV cameras were too focused on Leah!) 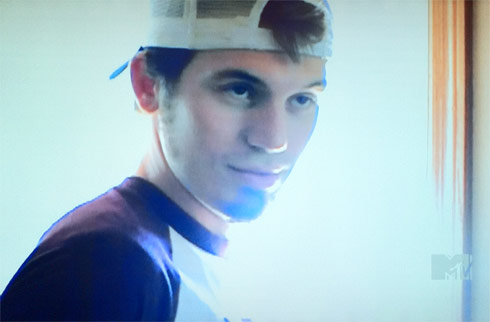 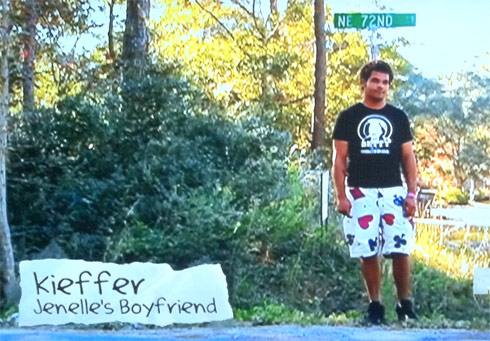 3. Kieffer Delp’s poker shorts. I didn’t think it was possible that I could like something Kieffer Delp was wearing more than his classic green Abercrombie and Fitch hoodie (scroll down after clicking the link), but even the most famous hoodie since the Unabomber can’t hang with this pair of shorts suited in clubs, hearts, diamonds, and spades! And then the forlorn streetside street sign pose with MTV label are just over the top! Maybe I’m starting to understand why Jenelle Evans seems to continue to be “all in” with the Delper. 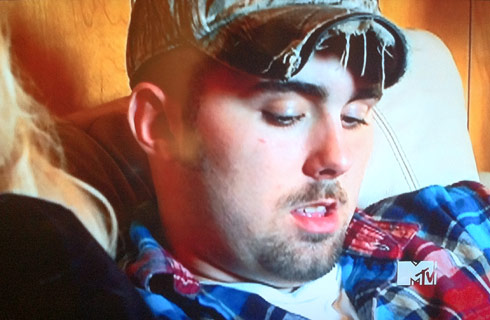 2. The return of Corey Simms’ hat. Perhaps the only inanimate object from Teen Mom to inspire its own song, Corey Simms’ infamously ratty camouflaged West Virginia University ball cap is nothing short of an icon. Although I will probably be on Leah’s side when these two split, I will always have a soft spot in my heart for this beautifully worn piece of headwear. 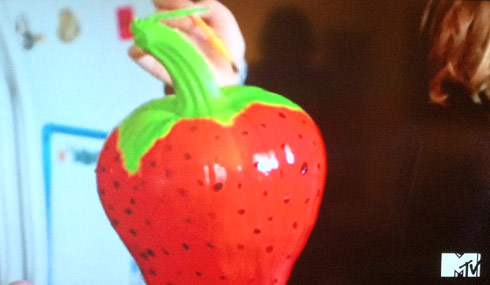 1. The strawberry pumpkin. A true Twitter sensation, Kailyn Lowry Irwin and good friend Meagan’s artistic transformation of an average, everyday pumpkin into a nearly perfect over-sized strawberry was nothing short of craftastic! Could it be that The Kailyn and Meagan Craft Hour will be the first Teen Mom spin off show? Martha Stewart look out, your reign is just about over! (Everyone be sure to give Meagan props on Twitter! Her ID is @MeaganNicole19)