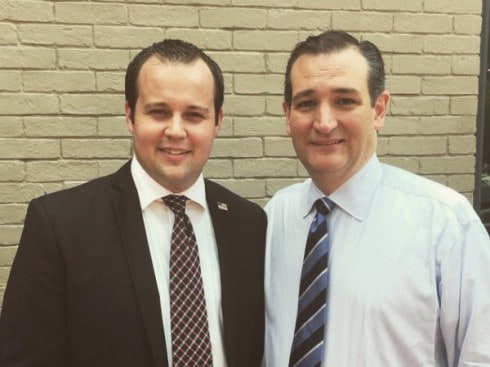 It’s been nearly two years since news that he molested several of his siblings while a teenager and then used Ashley Madison to cheat on his wife precipitated Josh Duggar’s fall from grace. Since then, he’s been absent from television; his family’s already-controversial show was canceled; and about the only good (?) news he’s shared with the world is his wife Anna’s recent pregnancy.

But apparently two years in time-out was long enough for Duggar home network TLC. According to a new report from In Touch, viewers can expect to see Josh Duggar on Counting On Season 3 when the Jill and Jessa-based spinoff returns on June 12. The network itself has yet to make an announcement, but the report suggests that Josh’s return is all but confirmed–although there is a catch.

Their anonymous source acknowledges that “nobody thought TLC would ever allow him on again.” However, it seems that slipping ratings were such a concern for family patriarch Jim Bob Duggar that he “devised a plan to…save his family’s show.” His elaborate plan apparently involved doing what kids in the back seat of the car always do: asking their parents if they can have something in the trunk over and over again until the frustrated, curdled parents finally pull over and fetch the item just to have a moment’s peace:

He spent a month trying to convince TLC that Josh should be back on the show. They finally caved and agreed to let him film an upcoming Counting On webisode where he’ll talk about his joy at learning he’s going to be a father again. He’ll appear on the next season of Counting On.

All the quotes in the report are anonymous, so it’s difficult to tell what’s real and what’s bogus. And news of Counting On‘s weak ratings–when compared to those of 19 Kids and Counting–have been the source of rumors of the show’s demise before. But it’s interesting to note the idea of Josh being pulled out for such an obvious ratings grab when you remember that advertiser dismay with Josh was one of the main reasons–maybe the main reason–that TLC canceled 19 Kids in the first place.

And it’s not like advertisers have forgotten how to flex their muscles in the interim, either. Just a few weeks ago, Bill O’Reilly was deemed expendable at Fox News when the sexual harassment complaints piled up and companies refused to have their ads shown on his show. So if money is still the deciding factor, it seems unlikely that we’ll see Josh Duggar on Counting On Season 3–that is, unless Jim Bob’s master plan also involved secretly convincing a bunch of companies that his son isn’t a financial risk.