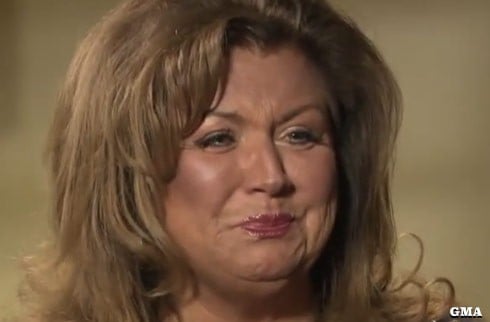 Dance instructing firebrand Abby Lee Miller is speaking out following the news that she was sentenced to a year in federal prison for bankruptcy fraud.

In an interview that aired this morning on Good Morning America, the Dance Moms star got emotional as she said she intended on being a better businesswoman and needed to take better care of herself.

“I have spent so much time and so much energy making other people’s children stars. I didn’t have any children of my own–these were my kids, and I raised them like they were my kids,” she said, with tears in her eyes.

She still insists that she did not intentionally try to hide any earnings. But the U.S. Attorney’s office responded to GMA’s interview with a statement that read, in part, “This defendant secreted and structured profits that she derived outside the United States from performances by children.”

When Miller was asked how she planned on handling her time behind bars, she added, “I’m just going to pretend I’m shooting a movie and we’re on set and I’m there for 10 months, and that’s how it’s going to be.”

She has 44 days to report to prison and is expected to spend ten total months behind bars. Miller also indicated that she plans on writing a book and launching another show.

Abby Lee’s already been back on Twitter this morning, wishing a happy birthday to her own Abby Lee Dance Company.

Dance Moms officially canceled, this season will be the last