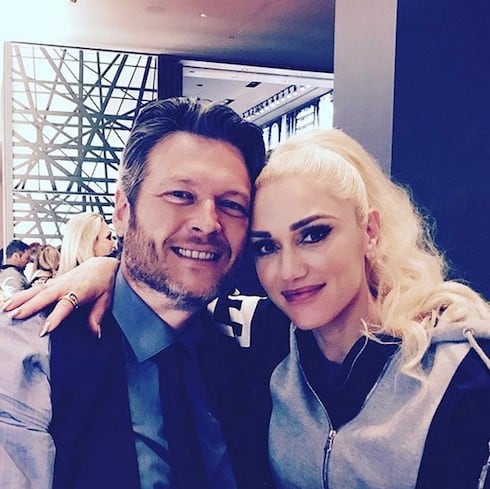 Gwen Stefani has been dating her Voice co-star Blake Shelton for two years, which means that there’s two solid years of wedding and pregnancy gossip out there already. But Gwen also has a Christmas album coming out, and her own prime time Christmas special coming up in order to promote it, and nothing attracts viewers like the possibility of a long promise finally fulfilled.

So, on that note, we bring you the following query: Are Gwen Stefani and Blake Shelton getting engaged at the end of her Christmas special this year? Hollywood Life thinks so, and has even gotten an anonymous insider to talk up the alleged event. According to that take, since Blake is already one of the confirmed guests (their ranks also include Ne-Yo, Chelsea Handler, Ken Jeong, and Seth MacFarlane), the general feeling is one of why-the-hell-not.

“[Gwen and Blake’s] relationship is stronger than ever,” the insider opines, “and they both feel ready to take the next step. The Christmas special would be the perfect opportunity for Blake to propose. It would be awesome to see him go down on one knee[;] plus, it would guarantee a huge ratings boost.”

Awkward! ? Catching up with @chelseahandler this Friday on #Netflix gx ❤️

However, elsewhere in the article, the same insider appears to contradict himself. Though marriage is “something that has been discussed on a few occasions,” neither Gwen nor Blake feel they have to “go all out and [make] a big deal out of it,” since “they’ve both been married before.” Indeed, nothing says “not making a big deal out of it” like getting down on one knee before a phalanx of TV cameras, a few million viewers, and a sure-to-be-screeching Ken Jeong.

Rumors aside, one certainty is that Gwen will absolutely, definitely perform “You Make It Feel Like Christmas,” the title track from her Christmas album, which is, after all, the reason for the seasonal special. The song already features Blake:

(Photo credits: Are Gwen Stefani and Blake Shelton getting engaged via Instagram)