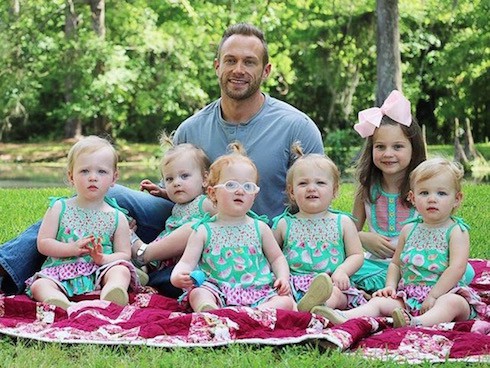 Busby fans anxious to know what the family has been up to since the Outdaughtered Season 3 finale a couple of months ago are in luck. In a string of accidental social media updates, both Adam and Danielle have confirmed that filming is already underway for Outdaughtered Season 4. And, as we’ll explain below, the new season is all but certain to air in the first half of 2018.

According to In Touch, Adam Busby was the first one to let the news slip, when he uploaded a short video to Twitter featuring his daughters going down a playground slide–with a camera crew in the background. When fans started to ask whether filming for Outdaughtered Season 4 had begun, Adam, instead of claiming (with a wink, of course) that the video was from earlier in the year, deleted the post altogether.

However, this Snapchat share, which Adam uploaded on October 29, didn’t disappear before intrepid fans screengrabbed it: 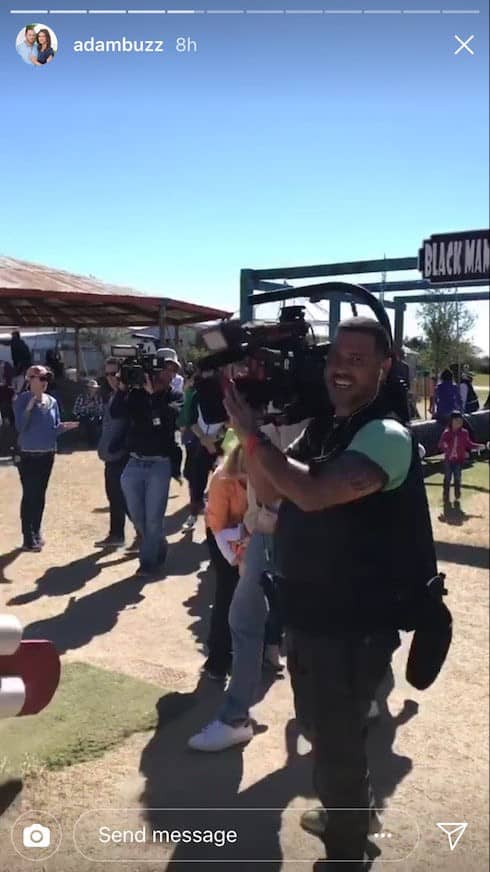 Shortly thereafter, Danielle seemed to accidentally confirm the Outdaughtered Season 4 news. She shared a since-deleted photo of herself with a camera crew on Instagram, and captioned it “Back in action… to my cozy couch! #season3 #couchinterviews.” The #season3 hashtag gave some fans pause–it could have been a throwback photo, after all. But the phrase “Back in action” coupled with the camera crew–and, of course, Adam’s Snapchat snafu from earlier–appeared to confirm what most fans already suspected.

In any case, Adam has shared plenty more silly slide shots since the spoiler was taken down. So fret not, Busby fans–Outdaughtered Season 4 will get you your playground fix:

The change of expression from front to back is absolutely hilarious. Blayke’s smile sure does light up the world. Ava didn’t quite feel the same way though…#Outdaughtered

And, of course, we’re just about to enter the thick of the holiday season, so there’s plenty of Christmas cuteness in store as well:

It’s wishlist time! We’re getting ready for Christmas shopping for the girls. Check out some of their favorites at https://www.learningresources.com/category/id/679345.do ??LINK IN BIO #ad

Obviously, TLC has yet to announce a premiere date for Outdaughtered Season 4, let alone actually confirm the new episodes 😉 However, the network has kept the Busbys on a pretty arduous shooting schedule: Season 2 aired a scant six months after Season 1, and Season 3 followed six months after the Season 2 finale.

Based on that schedule–and keeping in mind that Season 3 concluded in September–it’s possible that Outdaughtered Season 4 will begin airing in March of 2018.

Pastor eaten alive by crocodiles while trying to walk on water