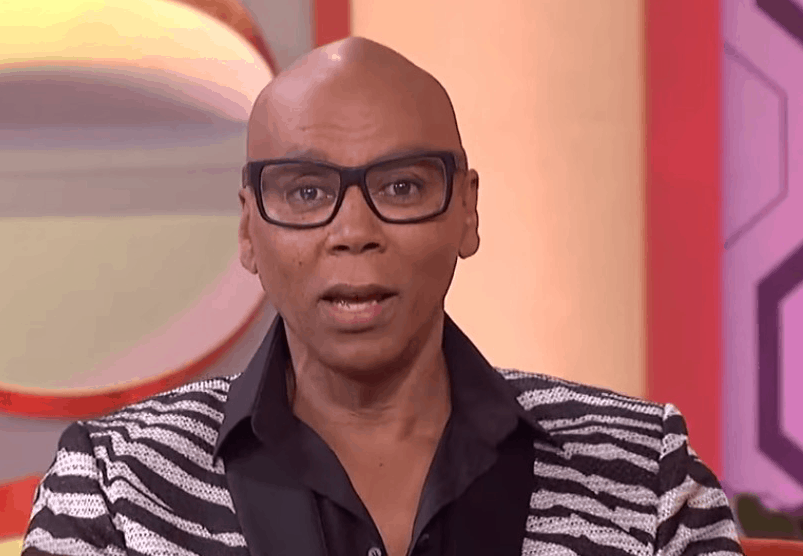 RuPaul — or someone very close to the icon — chose the beginning of the recent holiday weekend to do an unexpected social media purge. And by “purge,” we mean “total eradication.” As of this writing, RuPaul is no longer active on Twitter at all; the account @rupaul simply doesn’t exist. Over on Instagram, RuPaul’s account remains active, but it no longer has any posts or tagged posts at all. So why did RuPaul delete Instagram? And were some racially insensitive posts from a few years back part of the reason?

So far, neither RuPaul nor anyone who works for him has given any public explanation for the disappearance. People reached out to RuPaul’s team for comment, only to be told the rep “had no comment” — which is distinctly different from reaching out and not hearing back before clicking “Publish.”

And, as fans and haters across social media have pointed out, there’s plenty of reason for RuPaul to expect backlash. Leasing his and his husband’s 60,000-acre Wyoming ranch out to fracking companies is maybe the most commonly mentioned, but that’s been known for over a year; it wouldn’t make sense to erase your entire social media presence in anticipation of a backlash that already petered out.

Which is how we arrive at the aforementioned racially insensitive posts. A now-viral tweet from @cheritaisrandom plucked a couple of RuPaul’s older IG posts — both are from 2013 — and declared “THIS is why Ru Paul mass deleted.” Before even showing the pics, the claim begs a rebuttal: Why did RuPaul delete Instagram instead of just deleting the two posts in question? It’s impossible to say, but it is worth pointing out that the ongoing protests in the wake of George Floyd’s death have already shaken the entertainment industry and will continue to do so for the foreseeable future. And people do questionable things when they’re panicked.

Without further ado, then, here’s the first of the two posts. The pic, originally shared on April 28, 2013, is of RuPaul in a white satin outfit with a Confederate flag draped across his lower half. The caption? “The South will rise again!” 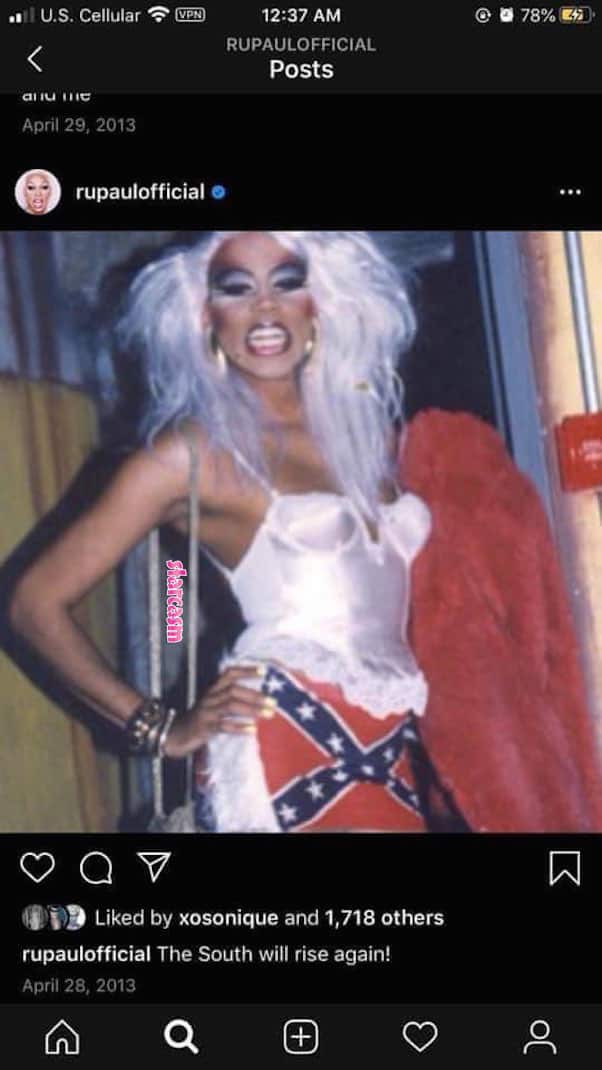 The second post, shared on May 3, 2013, appears to be of someone made up to look like a character from a minstrel show. (The person doesn’t appear to be RuPaul.) This time, the caption reads “Self Love 101: Don’t take life too friggin’ seriously.” 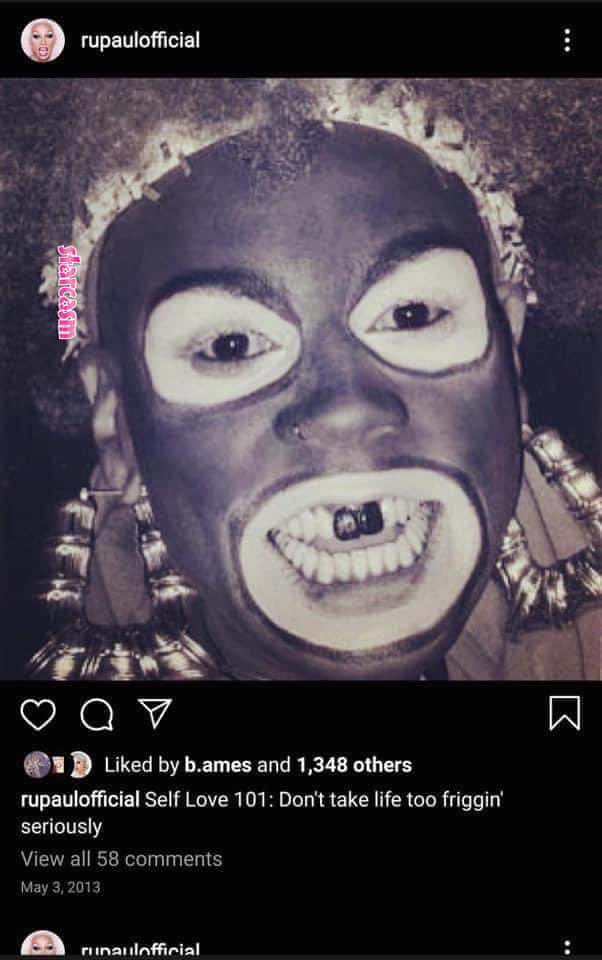 There was also a third photo in the viral tweet, which we’ll include for completion’s sake though it seems to fall into a different category. It’s a screenshot from the 1995 movie To Wong Foo, Thanks For Everything! Julie Newmar, in which RuPaul wears a Confederate flag dress. Her character’s name — Rachel Tensions — is a literal pun on the very topic; that said, the screenshot in concert with the two photos above might call into question just how seriously one ought to take topics of racial tension. 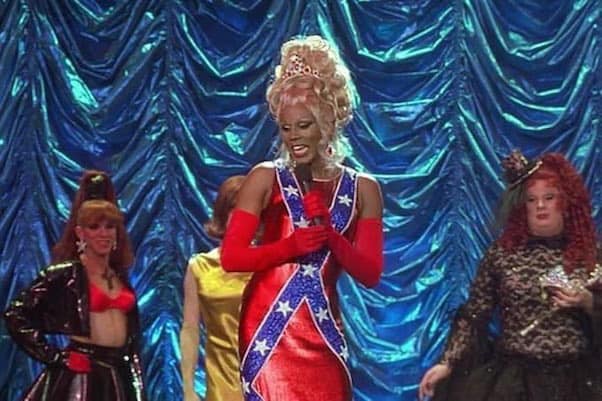 The only thing left on RuPaul’s Instagram account appears to be an oversight on the part of whoever did the deleting. It’s an IGTV post promoting RuPaul’s Drag Race 12, and it’s now full of comments from people wondering why RuPaul is suddenly gone from social media. For now, your guess is as good as everyone else’s.