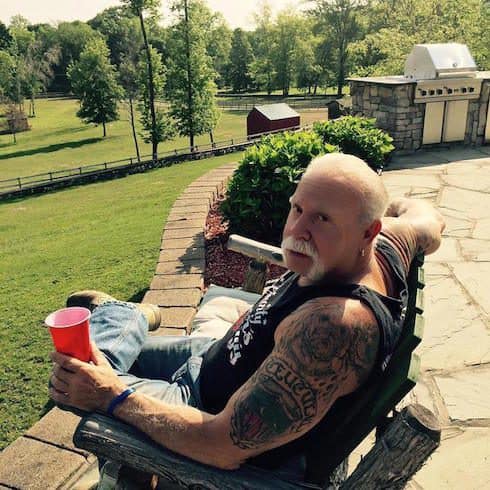 American Chopper is set for a return to reality TV glory just in time for master motorcycle builder Paul Teutul Sr. The 68-year-old patriarch of the OCC family fortune has been beset by a variety of legal woes ever since Orange County Choppers, Teutul’s third motorcycle-themed show, went off the air in 2014.

For years, Paul Teutul Sr.’s net worth has been beset by lawsuits

There are a bevy of estimates of Paul Teutul Sr.’s net worth to be had on the internet — the most common figure offered is $15 million — but so few of them offer details that it’s actually easier to catalogue the hits to Paul’s net worth over the past few years.

Most recent among these is the fraud lawsuit a former business partner of Paul’s has filed against him. According to a report by Page Six, which reviewed the court documents, Paul Sr. is accused of taking an undisclosed amount of Thomas Derbyshire’s investment in the forthcoming American Chopper reboot — said to be up to $3 million — and using it “to fund his personal expenses.”

The Paul Teutul Sr. lawsuit further accuses Paul of trying to change the 51-49 deal in Derbyshire’s favor to a 50-50 split; of paying his son Michael’s American Chopper salary out of Derbyshire’s funds, against the terms of the budget; of holding up production by taking an unscheduled “fishing trip to his cabin in upstate New York” and refusing to film scenes with Sons of Anarchy‘s Rusty Coones, along with several other misconduct claims.

Foreclosure on Paul’s home may be weeks away

On top of that, Paul is in danger of losing his home to foreclosure. Perhaps the most significant single piece of Paul Teutul Sr.’s net worth, the three-bed, three-bath, 3,448 square foot estate in upstate New York is currently on the market due in part to the five-figure monthly mortgage payments. (Click here to view a photo gallery of the home and the 38 acres it sits on.)

Paul has twice modified the $1.5 million loan he originally took out to pay for the house, but still owed $870,939.43 as of last February. Thanks to “an ongoing tax assessment request” — due to the numerous animals Paul keeps on the property, he’s trying to qualify for an agricultural tax break — foreclosure has yet to be served. Next up: a March 21 court date.

Finally, there’s the matter of Orange County Choppers’ $13 million headquarters, which Paul had constructed back in 2008. Paul had to surrender the glass-and-steel structure to its lender back in 2011 to avoid that foreclosure, though OCC still operated from it.

Per the Middletown Times Herald-Record, two-thirds of the building had been leased to other companies since then, but it wasn’t been enough. OCC’s “World Headquarters” was auctioned off for $2,275,000 to an undisclosed buyer in March of 2016. (Paul does still operate his company out of the building.)

Additionally, a separate Times Herald-Record report notes that Paul was sued for $1.4 million by a former Orange County Choppers bankruptcy trustee in 2015. That suit claimed Paul “fradulently…transferred more than $1,453,200” from the subsidiary to OCC in 44 separate payments for he and his family’s use.

No doubt both Paul Teutul Sr. and his net worth are eager for the return of the show that got them both noticed. The American Chopper reboot premieres tonight at 10 on Discovery.