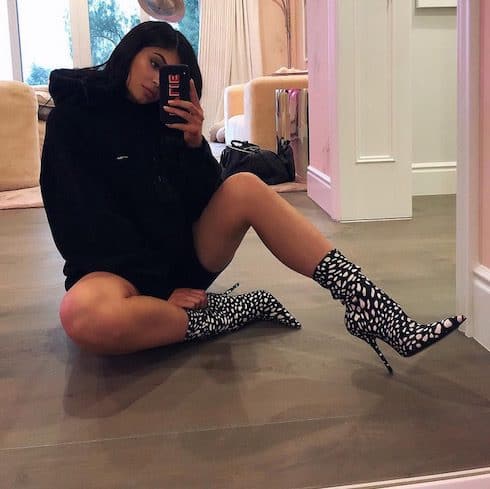 It seems things are pretty much back to normal for Kylie Jenner. She’s already made her triumphant return to social media and sparked a wave of plastic surgery rumors in the process; now, Kylie Jenner’s nannies mean the 20-year-old first-time mom has the time and energy to look good driving the $1.4 million Ferrari she bought herself as a push present (plus stay on track to become a billionaire before she turns 21 this summer).

A pair of recent reports in People, the Kardashians’ recent outlet of choice, quoted several anonymous insiders who claim that Kylie decided she needed extra help after a few weeks of mothering baby Stormi alongside grandmomager Kris. “She knows she can’t rely on [Kris] every day,” said the first insider, “and hired some help for the baby. Kris is helping out as much as she can, but she also runs a business and has her own life.”

Added the second, “With the support and abilities she has to hire nannies and assistants, [Kylie]’s been a really, really great mom….She’s incredibly doting and hands-on as a mom. She’s always been very maternal.” So Kylie is only a great mom because she can afford to pay a team of people to take care of her daughter in shifts? This second insider is catty as hell. (I hope it’s Khloe.)

As Cosmo pointed out, this is not what Kylie wanted at first. She reportedly told family and friends that she was hesitant to hire outside help because she didn’t want a bunch of strangers around Stormi all the time. But the frequency with which Kylie has been spotted in public without Stormi over the past week along appears to suggest she’s changed her mind.

And speaking of being spotted in public… 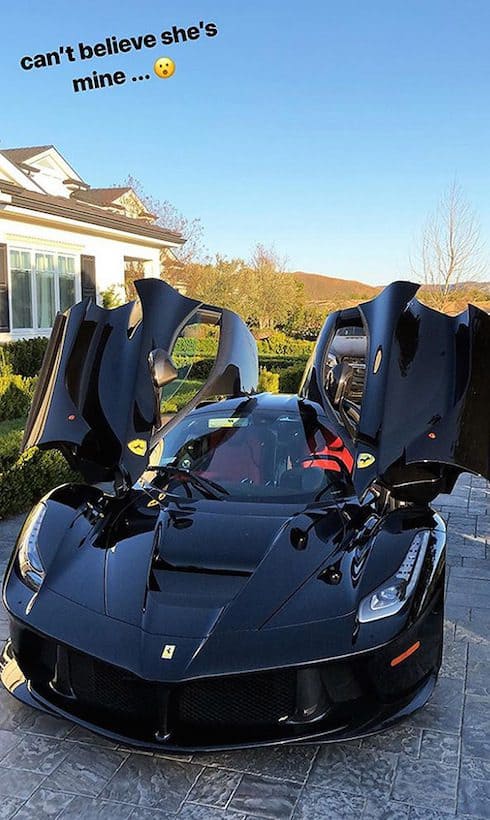 …here’s what Kylie Jenner’s nannies were really hired to help her enjoy. Kylie recently sprung for a Ferrari LaFerrari for herself, as a pat on the back for doing a good job with her pregnancy. Apparently it’s the man’s job to get the present, but another smarmy insider quote put the notion that Travis Scott was responsible for Kylie’s Ferrari (and Travis, by the way, has yet to explain the reason for the huge engagement-looking ring he gave Kylie during her pregnancy) right to bed.

“Everyone thinks it’s the most ridiculous ‘gift’ ever,” the insider — we can only hope it’s the same sarcastic one feeding these quotes — explained. “[Kylie] has been obsessed with cars for a while. It’s just like a status thing. She gets a kick out of the fact that people will stare. She likes to show off her wealth.”

Of all the details from the last week of Kylie Jenner doins, this one actually strikes me as the least absurd. I had never heard of a “push present” before this week; the name is cutesy and annoying but the idea itself is sound enough. Plus, a car makes perfect sense in this context: what better to counter nine months of pregnancy than a little bit of freedom once in awhile? Assuming, of course, that you can afford *any* car after getting that post-delivery hospital bill. But then Kylie is to a $1.4 million ride as a nice dinner out with the grandparents babysitting at home is to regular people.

REPORT Kylie Jenner is pregnant with a baby girl

PHOTOS 17-year-old Kylie Jenner is buying a $2.7M house — what is her net worth?