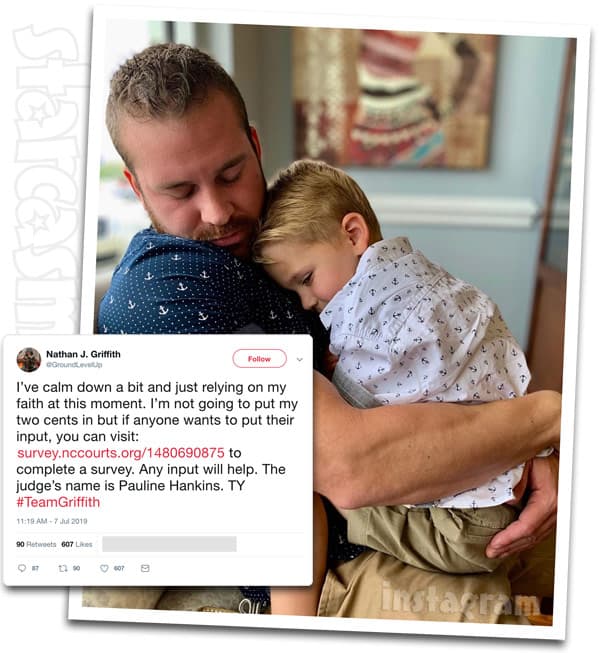 It’s been four days since a North Carolina judge dismissed the ongoing custody case against disgraced former Teen Mom 2 stars Jenelle and David Eason, allowing for the couple to immediately regain custody of their daughter Ensley, Jenelle’s son Kaiser, and David’s daughter Maryssa. Kaiser’s dad Nathan Griffith has remained silent about the decision on social media, but moments ago he shared an update on Twitter that included a link for people to file a complaint against the judge in the case.

“I’ve calm [sic] down a bit and just relying on my faith at this moment,” Nathan tweeted. “I’m not going to put my two cents in but if anyone wants to put their input, you can visit: [LINK IN TWEET] to complete a survey. Any input will help.” Nathan finished his tweet by letting people know who the judge was in the case so they could put her name in the form. “The judge’s name is Pauline Hankins. TY #TeamGriffith”

I’ve calm down a bit and just relying on my faith at this moment. I’m not going to put my two cents in but if anyone wants to put their input, you can visit: https://t.co/7eYlIm8dsX to complete a survey. Any input will help. The judge’s name is Pauline Hankins. TY #TeamGriffith

I’m sure Nathan is devastated by the judge’s decision, but I cannot imagine that asking Teen Mom 2 viewers to lodge complaints against the judge is going to help anything. In fact, jamming up the North Carolina Judicial Branch’s inbox with thousands of complaints referencing what has been reported online could possibly obfuscate any legitimate complaints with full knowledge of the case and the actual evidence presented before the judge in court. (It’s very similar to the local animal shelter being inundated with phone calls after David Eason shot and killed their French bulldog Nugget. They were not the organization handling the investigation, and the calls only served to jam up their phone lines and prevent other callers from getting through.)

I’ve covered the custody case closely for months, and I was just as shocked and disappointed as anyone when the judge’s ruling was revealed on Wednesday. However, I have ZERO confidence that I know enough to lodge a complaint against the judge in the case. I do not know the evidence that was presented, and I also do not know the North Carolina laws in regards to removing children from the custody of their parents well enough to question the integrity and professionalism of Miss Hankins.

That being said, there are plenty of parties that are well aware of the evidence presented and the laws involved, and I am sure that they will be lodging complaints if they feel it is necessary. It has been reported that multiple parties in the case plan to file appeals, including CPS — which is apparently a rarity.

Of course, the complaint process exists for a reason, and there is no law against folks filing one. Plus, I’m sure it will help some disappointed fans feel like they are at least doing something to right a perceived egregious injustice. 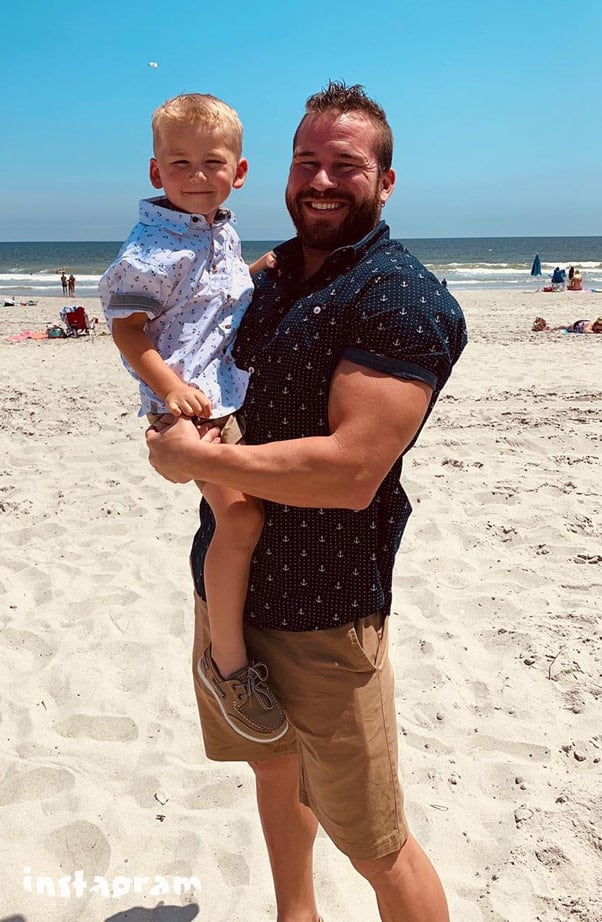 Nathan isn’t the only one actually involved in the case to express his or her disappointment. “It was an injustice to the children,” Jenelle’s mom Barbara Evans told Radar Online the day after the decision was handed down. “We are all sick to our stomachs.”

Barbara, who has full custody of Jenelle’s 9-year-old son Jace, says that Jenelle and David showed up at her house Wednesday night to pick up Jace and Ensley. (Barbara had temporary custody of Ensley, and the judge’s decision gave Jenelle her unsupervised visits with Jace back.) The hand off went as you would have expected.

“David came over my house, and started a fight all over again. Jace was very upset, and he didn’t want to go with them,” she said, adding that Jace ultimately didn’t leave with the couple. Barbara said David screamed at her when Jace refused to go. “He just is the same person he normally is. He’s not going to change. He is an evil f**king person,” she fumed…

“Now they’re back with this crazed guy,” she said. “He’s back in his mean s**t.” She said David “faked being nice”at Kaiser’s birthday party last weekend thrown by his father, Nathan Griffith: “It was all a set-up. The minute it was dismissed, their whole true colors came out.”

It has been reported that the star witness against Jenelle and David was David’s 11-year-old daughter Maryssa. Her testimony and aversion to meeting with David during the arranged supervised visits allegedly had David and Jenelle so angry that they were no longer seeking to regain custody of her. However, all of that was moot thanks to the judge’s decision, which reverted everything back to the way it was before CPS intervened two months ago. The decision meant that David regained full custody of Maryssa, and she would have to return to The Land to live with him and Jenelle.

Maryssa’s mother Whitney Johnson Rich was present throughout the hearings, and she and husband Shane Rich were devastated by the ruling. “We are very upset and Maryssa is traumatized,” Shane told The Ashley. “She was very brave and honest and the justice system failed her. We just told her to protect herself…and do what she has to do to peacefully survive there. It’s a sad thing for a child to have to do, but it’s the only option in this situation, for now.”

The Ashley had previously reported that there was an audio recording introduced by Jenelle and David’s lawyers in court that featured Maryssa talking to her mother. Shane reveals that the recording was over three years old and allegedly featured Maryssa telling her mom Whitney that she was “loyal to her.” The recording was presented by one of Whitney’s ex boyfriends. “We’re unsure of how much weight that carried,” Shane said.

#TeenMom2 Jenelle and David Eason regain custody of their children after the judge dismisses the case. Ensley, Kaiser and Maryssa will reportedly be returned to #TheLand by tomorrow. https://t.co/MyhgyvfWuQ

Shane continued by expressing his frustration at the legal process and the result. “My wife’s lawyer and CPS said there’s nothing anyone can do. CPS had strong evidence, but there’s no justice system,” he said. “There’s no redemption for a woman whose had a previous substance abuse problem. My wife already knew how she was going to be looked at, she’s been through it time and time again. We hope [the judge] slept real good last night. We surely didn’t! Our hearts are broken!”

Shane brought up the fact that he and Whitney don’t have the money to hire their own attorneys in the case, before once again expressing his concerns for Maryssa’s well being on The Land. “We’ve all seen what sometimes happens next,” he said. “[Maryssa] will have to act happy and suck her feelings up, if she can, but a child shouldn’t have to do that.”