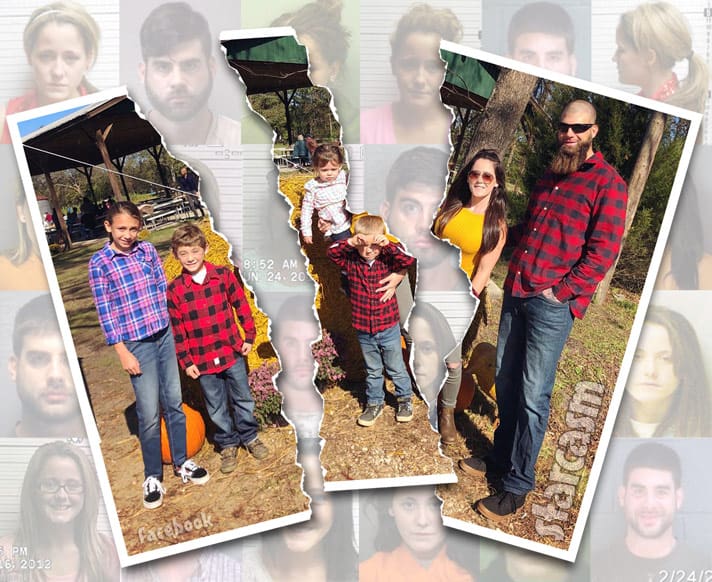 The horrible story involving disgraced former Teen Mom 2 couple Jenelle Eason and David Eason continues to get more unpleasant. In the latest development, Jenelle and David are reportedly no longer seeking custody of David’s 11-year-old daughter Maryssa after she didn’t want to see him during a scheduled supervised visit Thursday.

The report comes from The Ashley’s Reality Roundup, whose coverage of Jenelle and David after the shooting of their dog (and before) has been impeccable. The Ashley’s source says that all four of the couple’s children — Ensley, Kaiser, Jace, and Maryssa — were present for the visit at a visitation center, but Maryssa refused to see David, which triggered his infamous anger.

“He said he’s done with Maryssa, and that she can stay with her grandmother for good,” The Ashley’s source says. The source adds that David plans to drop off Maryssa’s things from The Land at her maternal grandmother’s house, where she’s been staying since CPS removed her from Jenelle and David’s custody more than two weeks ago.

In addition to jettisoning Maryssa, Jenelle and David are also apparently not trying to get unsupervised visits with Jenelle’s nine-year-old son Jace. If this turns out to be true, it would contradict a statement Jenelle made earlier this week, after a North Carolina judge upheld the Child Protective Service’s order granting temporary custody of all of she and David’s children to family members.

“I love my kids so much and I will do anything necessary to get them back and that is all I want everyone to understand,” Jenelle told The Hollywood Gossip. Evidently, by “my kids,” she meant Ensley and Kaiser.

“I ask everyone to have an open heart before they judge how the media is portraying me,” Jenelle added. “I love being a mother, and David and I will get through this. We are staying strong and united.”

While Jenelle was declaring a united front with her husband David, a series of videos, photos, and alleged text messages between the couple surfaced online, all of them seeming to suggest that the two have been less than united in their relationship.

In one video, David can be heard telling someone that he wishes they would die and that the person is a piece of sh*t. In another clip, Jenelle appears to be chasing David on foot on a dirt road as he drives away. The photos appear to show a lot of damaged and broken things after David was allegedly “raging drunk all day…tearing up the house.” The text messages are just petty, profanity-laden bickering between the two.

Here are the original posts from @ustacould on Twitter:

But…but…but…they never fight and he's such a great huzzzzzbin…what a prize he is..why does every dude she's ever been with talk that smack in the kitchen? pic.twitter.com/I4YWkeIBen

This is recent and yes he's taking to je

Another recent fight and as usual je chasing after him..M was always stuck in the middle of their fights…#RIPnugget pic.twitter.com/fCPFKlaeLi

This is why I say she's no victim..the 911 day, he was raging drunk all day..tearing up the house. She could have left with the kids. No telling the screams they heard…her fav part of the house (no I didn't watermark bc at this point..what for) pic.twitter.com/eZ29w3rJHG

As I mentioned at the very beginning of the post, this horrible story continues to get more unpleasant.

Jenelle and David will meet with a judge on Tuesday to talk about setting up guidelines for them to follow so that they can regain custody of the children they do still want. 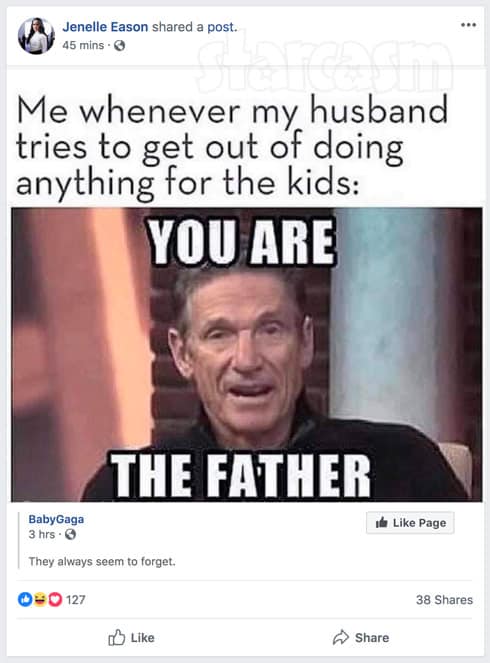