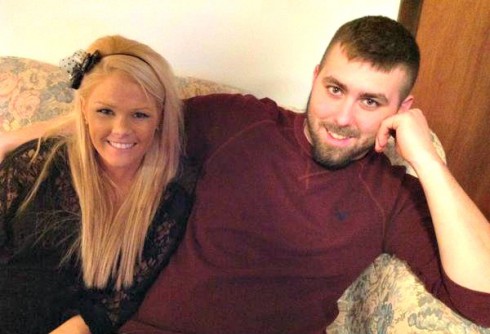 “They’re so excited,” a source told In Touch of the West Virginia couple. “It’s a dream come true… They’d been trying to get pregnant for a long time.”

The insider added Miranda is due in the winter, meaning they likely found out the news pretty recently — which very well might explain this joyful tweet from April.

What a blessed day it is

Corey is, of course, dad to 5-year-old twins Ali and Aleeah. After splitting from Leah Calvert in 2011, he found love again with Miranda. The pair married in June 2013 and maintain pretty drama-free lives — aside from a few unprovoked remarks from Leah. And, with two years of step-mother experience under her belt, Miranda’s already proven she’s a pro with kids.

If the report is true, Corey joins Jo Rivera as the second “teen dad” from Teen Mom 2 who is currently expecting another child. The upcoming season just keeps getting more exciting!

Why is Jenelle Evans in the hospital? ‘Inside source’ shares details