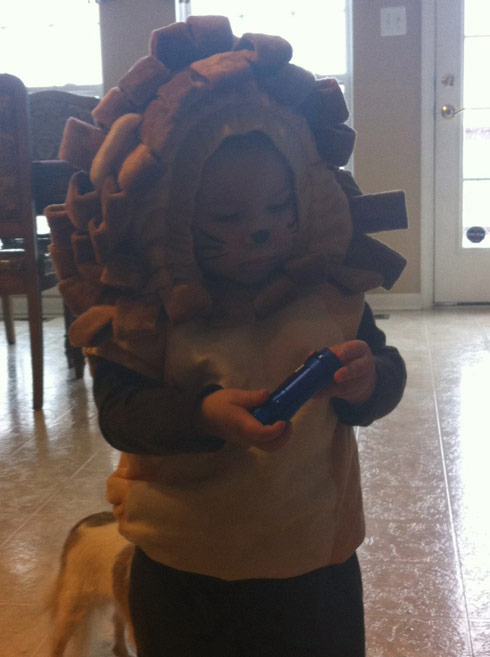 We all know that the mighty lion is the king of the jungle and it looks like a mighty adorable Isaac is the king of Teen Mom Kailyn Lowry’s world for Halloween.

Actually the photos in this post were put up by Isaac’s daddy, N.I.C.K. B, otherwise known as Jonathan “Jo” Rivera. He sure does look cute as a little lion and as for the flashlight, well Jo explained that with his tweet:

“Don’t ask me why a lion needs a flashlight, the boy gets what he wants.”

I’m feeling you on that one Rivera, my little girl is going trick-or-treating tonight as a chicken but there’s no telling what additions she’ll want to make to her costume.

Here’s another shot of Isaac the mighty adorable lion. 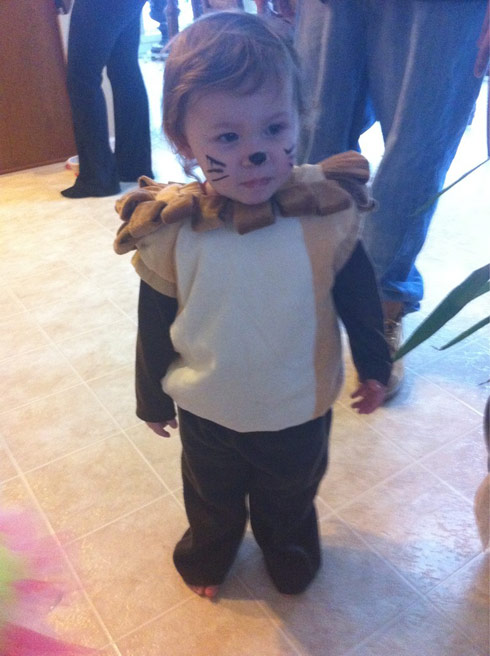 Isaac looks pretty chill in spite of having to endure going through all that lionification (somebody needs to tuck those little toes in down there)! And according to his daddy you better not let that sweet facade fool you. Jo also tweeted:

Everybody who’s going out tonight with their little ones to get all that candy have fun, stay safe and watch out for wild lions!

This is how 77-year-old Giorgio Armani rolls