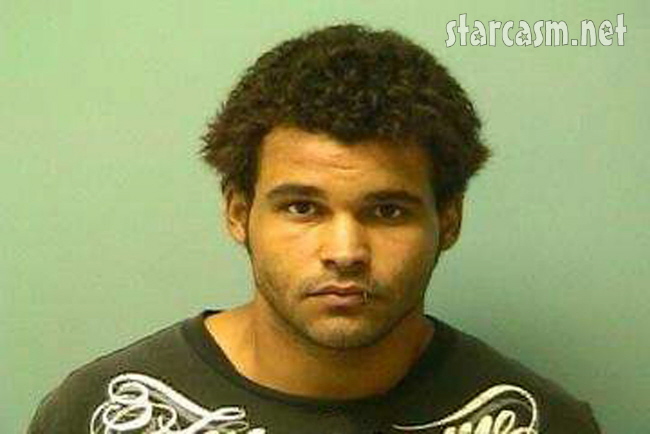 Teen Mom 2 has yet to premiere and we already can’t keep up with all the drama!  In a previous profile post we provided some sleuthing info on Jenelle Evans’ new boyfriend Kieffer Delp and how the two seem to form an explosive combination.  At the time we had a few deets from Jenelle about an arrest involving the new couple but now we’ve got Delp’s mug shot to go along with Evans’ mug shot and some more specifics on the incident in question.

According to the report Jenelle Evans and Kieffer Delp were arrested in their hometown of Oak Island, North Carolina, in October and charged with breaking and entering, possession of marijuana and possession of paraphernalia.  As we first reported, even while pregnant it looks like Jenelle has a thing for the ganga.  She was released on $2,000 bail while Kieffer’s was set at $3,000.  They are scheduled to appear in court next week, the same week Jenelle’s show Teen Mom 2 premieres.

Meanwhile, Jenelle has lost custody of her son Jace to her mom Barbara.    In an upcoming episode the former 16 & Pregnant cast member will be shown pushing Barbara out of a doorway during a heated exchange in regards to custody of Jace.  Of the young mothers from the original Teen Mom I don’t think Amber Portwood should have been Jenelle’s guiding light.

An additional side piece of information about the reality star came from the arrest which is that Evans has a rose tattoo on her lower back.  Ink, weed and mug shots oh my!  What else can these girls get into before the show premieres on Tuesday?  Tune in here to keep up to date on all the latest mommy shenanigans for TM2.