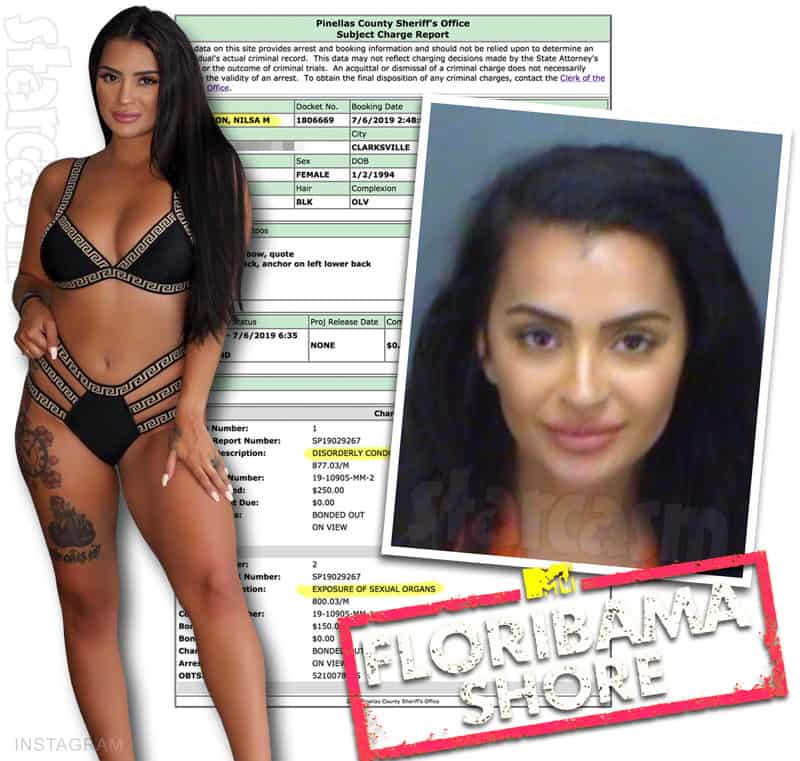 Floribama Shore star Nilsa Prowant was arrested in St. Petersburg early in the AM hours on Saturday after the 25-year-old reality star decided to treat St. Pete to her Florita-tas before later kicking out a car window. According to the police report, there was an indication that Nilsa was under the influence of alcohol.

The flash ‘n’ bash went down at a bar called 260 First in St. Petersburg as part of a huge city-wide First Friday event. According to the arrest report, obtained by TMZ, police officers were among a large crowd of people on the street who observed Nilsa flashing her breasts from the bar’s balcony as she she told the crowd to sneak a peek.

The police report indicates that officers were not going to arrest Nilsa for freeing her nipples in public, but it seems Nilsa was bound and determined to pop her jail cherry. “Cops say she became belligerent and erratic,” TMZ reports. “They also say that once she got into a car for a ride home, she started to lose it … allegedly kicking the rear driver side window, until it shattered. That was the last straw, it seems — witnesses say one cop said, ‘You got to go.'”

Nilsa (real name Nilsa Anderson thanks to her 2015 marriage to James Anderson) was arrested and later booked by St. Petersburg Police on misdemeanor charges of Exposure of Sexual Organs and Disorderly Conduct.

According to jail records, Nilsa was released at 6:35AM Saturday morning after posting her $400 combined bond. 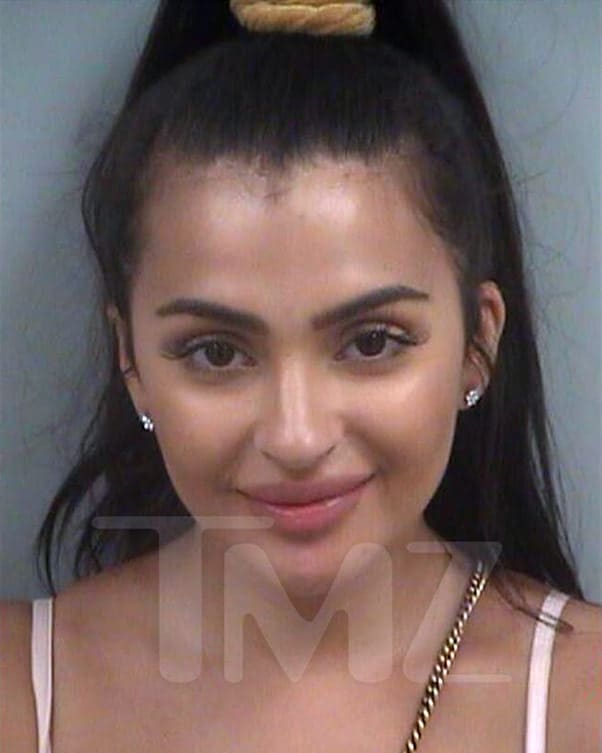 To Nilsa’s credit, she looked really amazing for her mug shot photos! (I’m not a fan of the bee sting lips, but that’s just a personal preference.) It’s unclear why she has two photos, though. The booking photo obtained by TMZ (above) was clearly taken earlier as Nilsa still has her hair up in a pony tail and is wearing jewelry. In the other mug shot (top), she is seen sans bling and sporting St. Petersburg County Jail orange.

TMZ states that it is unclear if MTV was filming at the time of Nilsa’s arrest, but I did some research and it appears that they were. In photos taken by photographer Thomas Jimenez and shared on social media by 260 First, you can see the cast members partying and a camera crew nearby. Here is an example — the camera crew is clearly visible in the background:

And here is a video of some of the cast (including Nilsa wearing a white spaghetti strap top) partying while a video camera captured it all:

Just in case you were thinking that perhaps Nilsa might be usurping Floribama Boozy Floozy Queen Kortni Gilson, this photo would seem to indicate that is definitely not the case as Kortni can be seen sitting on the floor clinging to Codi’s leg:

You will also notice Nilsa is in the photo. She’s in the back drinking some sort of orange drink from a carafe. A carafe!!

Among the photos from Friday night’s event at 260 First is an indication that Nilsa isn’t the only cast member getting into some trouble. Check out this picture of what appears to be Jeremiah Buoni with a cast and splint on his hand:

Hmmmm… I wonder if that was a wall or somebody’s face? Perhaps Kortni’s ex Logan managed to find them yet again, despite the order of protection?

I guess we will all have to tune in to the new season of Floribama Shore when it premieres later this year to find out!