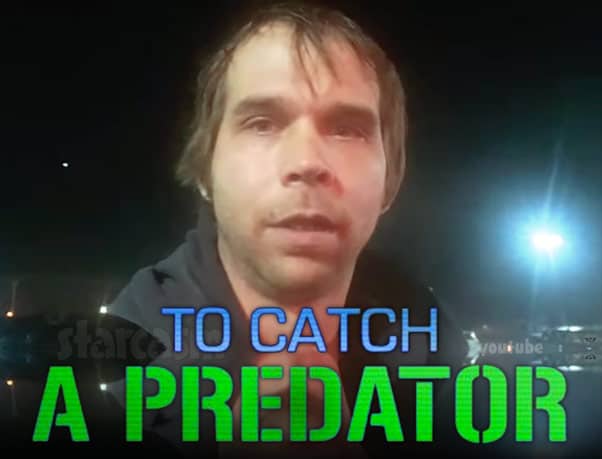 “My goal is to go out there and do full-time predator hunting,” Jeremiah revealed in a recent video titled “So What’s Next?”

Jeremiah has been quite busy at his new job, putting his predator-catching skills to the test in multiple states in January and February. His first video is from Denver, Colorado where he and his fellow predator hunters filmed a 34-year-old man arriving to meet a fifteen-year-old girl. After returning home to Florida, Jeremiah shared another video with Suwannee Predator Hunters in Lakeland featuring a 58-year-old man. (Both videos are embedded below.)

Here’s a screen grab from the Lakeland episode: 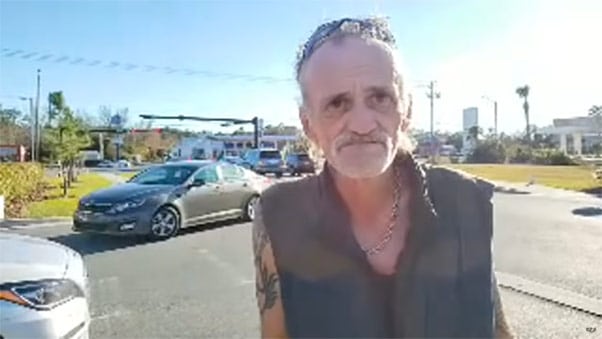 Jeremiah has since returned to Vancouver, Washington and revealed that he plans to pursue predator hunting there full time. If you’re curious how someone makes money hunting predators, there are two main methods. The ideal way is to build up enough of a YouTube audience to earn money from ad revenue. YouTubers can make anywhere from $4 to $10 per thousand views, so it does require a rather sizable viewership to earn substantial income.

The other way Jeremiah can earn money predator hunting is by asking people to donate money to help the cause. Jeremiah encourages folks to make donations via his PayPal account at www.paypal.com/paypalme2/jeremiahraber1.

If you want to send some money to help Jeremiah’s new career, but you want something tangible for your money, you can buy a personalized message from Jeremiah via Cameo for $25.

Jeremiah asking fans for money is nothing new, but the job aspect of the plea is. Fans may recall Jeremiah asking his fans for money back in December of 2017 when he launched a GoFundMe campaign to try to save his Florida house. Jeremiah was unemployed at the time, and many followers asked why he didn’t get a job to help pay the bills. He shared the following reasons:

1. I don’t have a driver’s license. I live almost six miles outside of town, so I can’t get into town to work.

2. The jobs aren’t that easy to find around here.

3. If I would start working somewhere, I can promise you I would barely be there and then the haters would be on top of it. They would be harassing the workplace until I got fired. That’s what they do.

I’m not sure what the status is with Jeremiah’s driver’s license, but judging from his recent predator hunting videos, it appears as though he has someone else driving. Point two is moot. With point three, I guess Jeremiah’s not too worried about the haters harassing his workplace.

Of course, it is possible that his detractors could organize and turn the tables on Jeremiah by starting a predator hunter hunter YouTube channel in which they pretend to be older men looking to hook up with young girls only to film Jeremiah when he and his crew show up.

Clearly, luring out sexual predators is a noble cause. It’s very disturbing to consider the fact that these people are actually showing up somewhere thinking they are going to have sex (or do drugs) with a fifteen-year-old!

I’m guessing Jeremiah is hoping that the nobility of the cause will help improve his bad boy image. He has been arrested numerous times, including multiple arrests for domestic violence. Plus, his ex-wife revealed last year that Jeremiah was allegedly more than $10,000 behind in child support for their three children. (Is there a such thing as deadbeat hunters on YouTube?)

#ReturnToAmish Jeremiah Raber arrested for domestic violence in FL: https://t.co/RUjvM0sGkJ He blames looking for approval instead of love

If Jeremiah’s looking for a tip, I’d like to point out that former To Catch A Predator host Chris Hansen has been spending A LOT of time in Jeremiah’s home state of Washington. Chris has been diligently pursuing controversial YouTuber Onision (aka James Jackson) as he investigates numerous disturbing allegations against the 34-year-old — including his alleged grooming of a young teen that lived with him and his wife/husband for an extended amount of time while a minor.

For those of you curious as to whether or not Jeremiah will ever return to TLC for another season of Breaking Amish: Return To Amish, he has been VERY clear on social media that another season of the show (in whatever form) has not been ruled out by the network or producers. Who knows? Perhaps they will be interested in picking up Breaking Amish: To Catch A Predator With Jeremiah Raber?

Here are some of Jeremiah’s predator-catching videos from his YouTube channel: 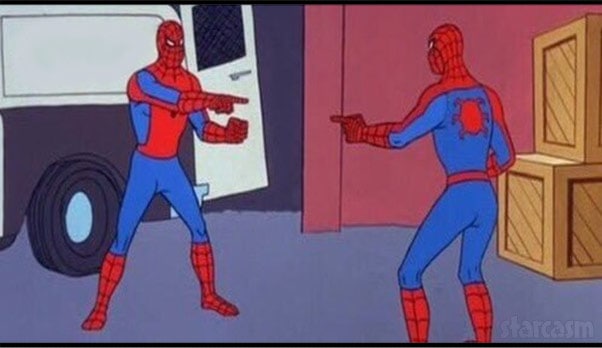