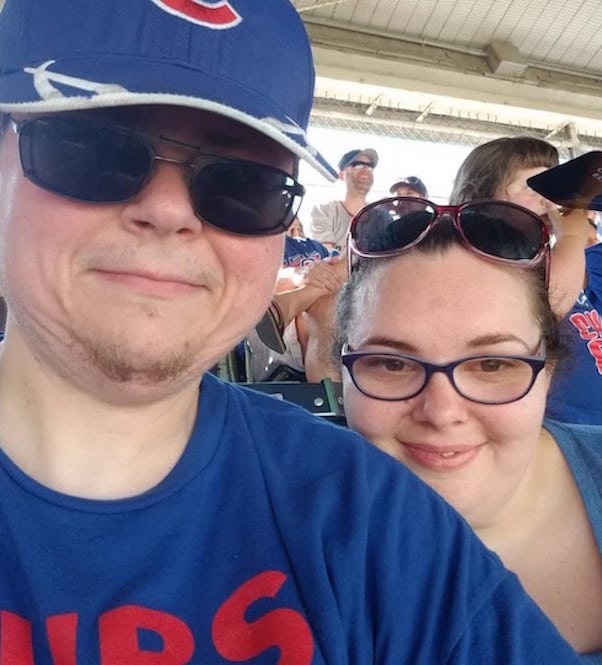 We’ve got a My 600 Lb Life Joe update to share, but it’s unfortunately a sad one. Season 3 and Where Are They Now? star Joe Wexler has just announced that he’s divorcing his estranged wife Sarah, apparently due to her infidelity. And the divorce isn’t the only major change in Joe’s life; Joe says he’s suffered some weight loss regression as a result of the emotional difficulty of the last few months.

It’s a stunning turn of events for Joe, whose weight loss story has been among the most successful My 600 Lb Life has ever depicted. At the start of his debut episode in 2015, Joe weighed 792 pounds; by the end of his second follow-up episode just two full years later, Joe was all the way down to 287 pounds. He’s one of the few My 600 Lb Life cast members to lose more than 500 pounds in total, and his overall weight loss remains the fourth-biggest in the show’s history.

Just as important for Joe personally was his 2016 wedding to Sarah, which that follow-up episode also depicted. Joe and Sarah, who met online in a weight loss support group, managed to help each other with the difficulties of weight loss while falling more and more in love with each other. (The photo at the top of the article is the most recent public shot of the two of them, taken during a trip to Chicago last summer.)

But last month, after a long break from his official Facebook group, Joe gave fans the unexpected news of his and Sarah’s pending divorce. The My 600 Lb Life Joe update came as a shock for longtime viewers and fans, none of whom appeared to know that anything had been amiss in the couple’s relationship. By the time Joe shared his update, though, his divorce — Joe says he filed for the separation because of Sarah’s “poor choices” and “step[ping] outside of our marriage vows” — had been pending for two months.

Joe also revealed that he’s been “going through a lot of depression” since filing for divorce. That depression did initially mean he “ate [his] emotions,” though, by the time of the My 600 Lb Life Joe update, Joe says he was “back on the path to losing [weight] again.”

Sorry, it has been a while since I have posted on here. There have been some major changes going on in my life and I needed the time to focus on that and not the public life. First of all to address the rumors, yes they are true, Sarah and I are getting a divorce. She made some poor choices and decided she needed to step outside of our marriage vows so I filed for divorce back in July. I also moved back to TN and I am living with mom for the moment but I did just put in an offer on a house so we will see what happens. I have been going through a lot of depression lately with the whole divorce thing, and for a while, I beat myself up wondering if I could have done anything better but at the end of the day I realized that it was nothing I could have done or foreseen. That being said while it was going on I did slip into a bad habit and ate my emotions and gained some back but now I’m back on my meds again and I am back on the path to losing again. Finally to address one other question I constantly get is that no I do not get paid for this and no I am not doing another show at this time. Anyway, now you have the updates, the good, the bad, and the ugly. I thank you, everyone, for your love and support and I will try to be on here more often.

The sad news came alongside a popular optimistic meme: “You cannot grow unless you are willing to change.” And Joe put some of that optimism on display rather forcefully when he responded to a fan who commented on his update above by asking why “airing the laundry” made things any better. (Evidently, the fan forgot she was on Joe’s social media page specifically for personal updates.) Here’s that exchange: 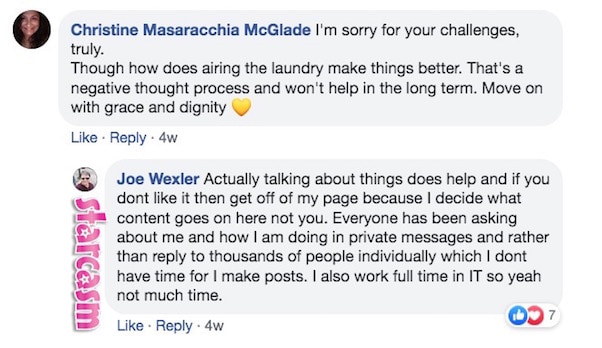 Finally, Joe recently shared a new photo of himself — the only new Joe Wexler before and after pic he’s made public this year: 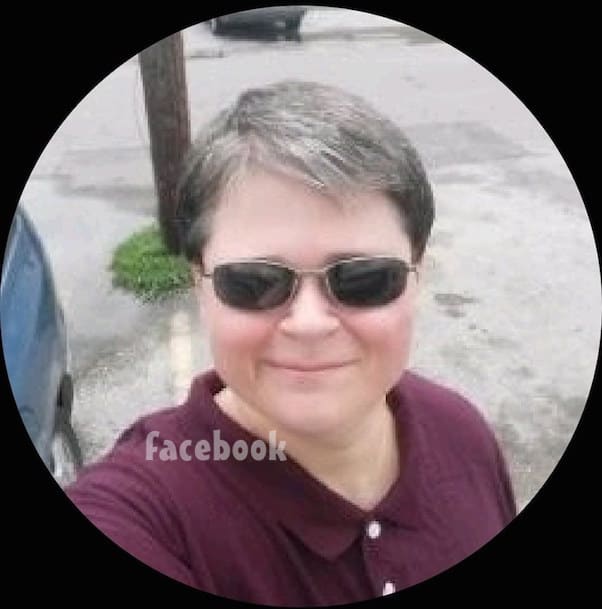 You can follow Joe’s weight loss journey on his aforementioned Facebook page here. His most recent Where Are They Now? episode, featuring his wedding to Sarah, is available for streaming on the show’s official site.