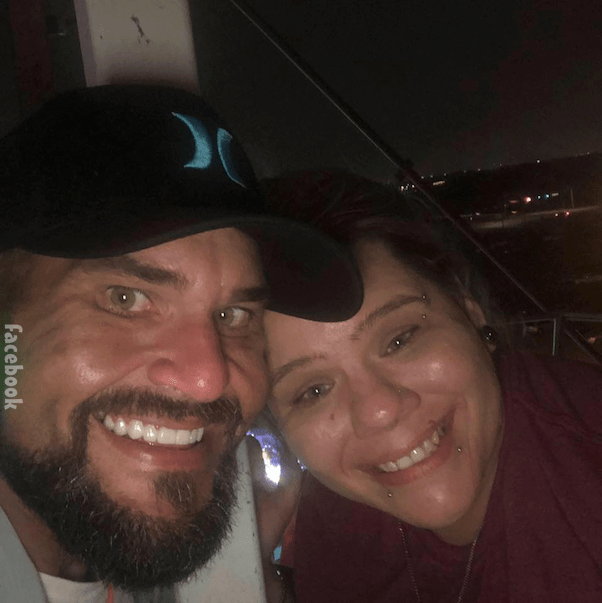 We’ve got an unexpected and delightful update on My 600 Lb Life‘s David Bolton now: the Season 6 star just revealed his engagement to his longtime girlfriend! David, whose weight loss is one of the ten biggest ever shown on My 600 Lb Life, made the good news public exactly one month after his fiancée said yes.

The news is also a big personal boost for David, who’s seen plenty of fan backlash ever since Starcasm broke the story of his lawsuit against My 600 Lb Life production company Megalomedia this past winter. David is accusing the company of gross negligence, lying about paying “thousands of dollars in medical bills,” and manipulating himself and the show’s viewers by engineering or fabricating scenes. But he’s suffered a near-constant stream of criticism over the suit, if the comments on our articles and David’s own posts are anything to go by.

How is David Bolton now? When did he get engaged?

But enough lawsuit talk — this is a happy update! David’s fiancée, Carrie Versteeg, had been teasing some sort of an announcement on her own Facebook page for the past few weeks, sharing a series of clues and accompanying photos with no other explanation.

The first clue was a meme of Steve from Blue’s Clues over which “Haters gonna hate” had been written. The second was a pair of photos of what looked like her and David’s table at a fancy Houston-area steakhouse, complete with dessert menus and a shower of rose petals. And the third was the reveal of the couple’s engagement itself, made proper by the official Facebook relationship status update: 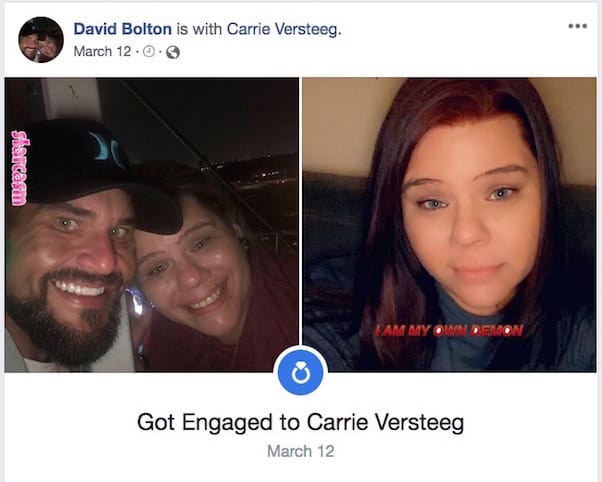 David also changed the “About Me” blurb on his profile, which became a brief, sweet love letter: “A wave can start with a single ripple and my ripple was Carrie the love of my life my future my soul.”

If you’re wondering about the second photo of the pair above, it looks like it’s the most recent one of herself that Carrie has made public. And while she may consider herself “[her] own demon,” David’s comment on the pic goes hard in the opposite direction. “That may be,” he wrote, “but your amazing and beautiful my love!!”

Carrie has also shared a pic of her engagement ring: 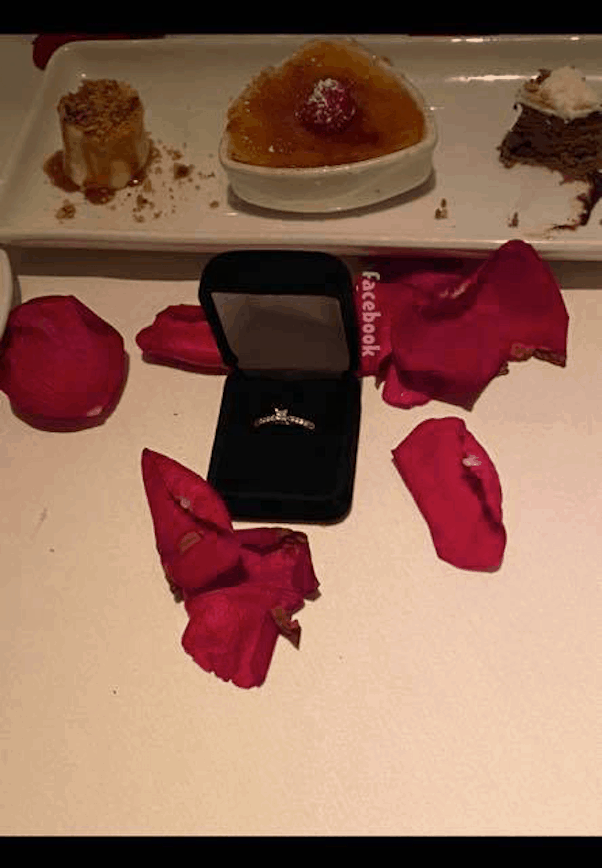 Will the David Bolton engagement be on My 600 Lb Life?

We’ve known for awhile now that David and his brother Benji were filming for a Where Are They Now? episode. Unfortunately, it doesn’t look like David Bolton now will feature much in the episode, which is scheduled to air in a couple of weeks. The episode’s description reveals a rift between the two brothers, and only Benji’s name appears in the title itself.

Though it’s possible that David’s lawsuit was the reason for the rift — or at least part of the reason — it’s still too early to say for sure. But whatever David’s future with My 600 Lb Life holds, he’s still had one of the show’s successful weight loss journeys. David began his episode at a peak weight of 747 pounds, and ended it at 361, for a total loss of 386 pounds.

And it wasn’t long after his My 600 Lb Life debut that Starcasm broke the story of even more weight loss for the Bolton Brothers. Though the news was unofficial, David and Benji’s aunt accidentally spilled their tea in a public social media exchange, claiming that David had lost a further 91 pounds and was all the way down to 295. Based on that figure, David would have lost the tenth most weight in My 600 Lb Life history.

Congratulations to David and Carrie! Hopefully their wedding will come after it’s safe for Texas to lift its coronavirus lockdown order, and the couple can celebrate with plenty of friends and family.

Bobbi Kristina is engaged to Nick Gordon, wants people to stop calling him her brother

Facebook founder and CEO has a long-time girlfriend, Priscilla Chan