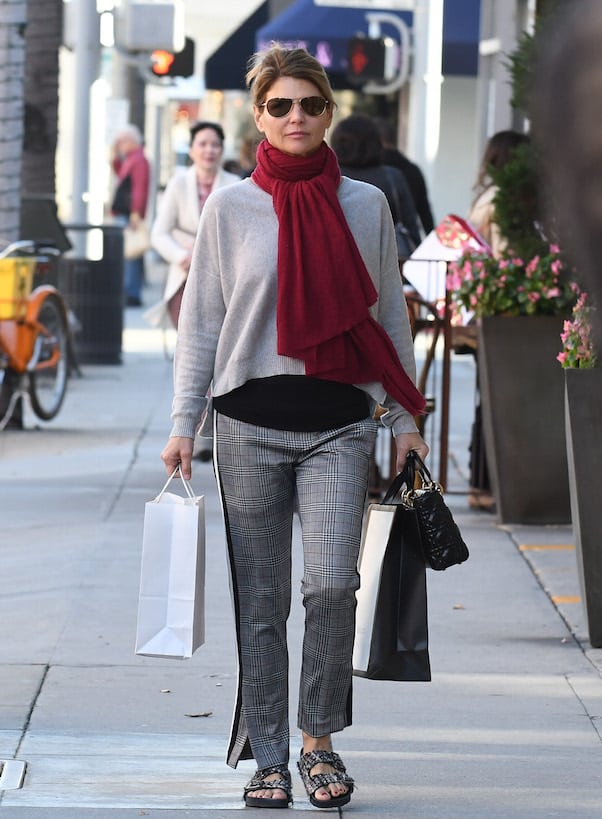 CELEBITCHY – Thanks to a slew of new charges including bribery, the Lori Laughlin prison sentence could now be up to 50 years — or 1,304 times longer than Felicity Huffman will have spent behind bars after taking the feds’ deal and pleading guilty. Laughlin could also have to pay well over a million dollars in fines; that Hallmark money is good, but it’s not going to last forever

VOX – Yesterday afternoon a group of Congressional Republicans literally barged into a secure room during a closed hearing on the Trump impeachment and likely compromised the security of the place, making it easier for foreign governments to spy on them (and, by extension, us). They also ordered pizza

LAINEY GOSSIP – VH1 just announced that RuPaul’s Drag Race is getting a celebrity-based spin-off starting in 2020, and speculation has already begun about which celebs will be included in the debut season. I for one would like to see Tom Hanks and Tim Allen in an episode, if only so Tim can recreate some of the comedic chops he displayed during the Toy Story 4 promo tour

REALITY TEA – RHOA star Cynthia Bailey says her literal glow-up comes from “having lots of sex” with her fiancé Mike Hill. Also (no surprise) their 2020 wedding will be filmed for the show, but Cynthia doesn’t have a venue yet

THE BLAST – Katy Perry does ASMR now, because #content. Except her new rendition of “Harley In Hawaii” is also meant to be funny, so if you’re genuinely into ASMR videos you’re probably going to be genuinely annoyed by this

JEZEBEL – There’s a new version of the story about Princess Diana once shoving her stepmother, Countess Raine Spencer, down a flight of stairs. Said Diana of the incident: “I pushed her down the stairs, which gave me enormous satisfaction. I wanted to throttle that stepmother of mine. She brought me such grief.” No way to misinterpret that

GO FUG YOURSELF – “The Japanese Enthronement Was Very Glam And Interesting”

THE BLEMISH – “I had no idea Steve Harvey’s stepdaughter was so hot. I think it was because I was blinded by his pastel grandpa suits.”