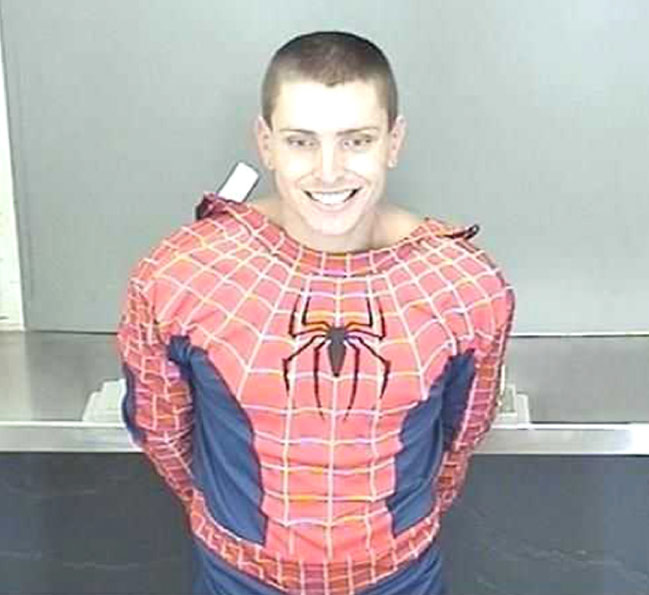 Apparently there is a a masked Super-Hero-Dumbass stalking the streets of Merced, California.

The amazingly stupid dude you see above is 22-year-old Daniel James Bradley. He was arrested after he attempted to lift the purse of an unidentified 24-year-old woman on Saturday.

The poor excuse for Peter Parker walked up to his would be victim wearing a jacket over his costume and demanded that she hand over her purse. The lady thought he was armed with a gun (he did have a metal bar) and ran off screaming for help. Bradley is believed to have panicked and attempted to flee the scene.

During his cowardly dash, he shed his jacket and his weapon and was spotted by bystanders running down the street in said costume. When the police asked why he felt it was necessary to wear the Spider-Man get up he told them simply that it was part of his “disguise.”

Spider-Moron’s bail was set at $65,000 and he got tossed into the County Jail where there’s probably some cellmates who have comic book character fetishes. Sometimes all we can do is marvel at the intricate web of stupidity criminals often weave.

Shocking video of unidentified girl throwing puppies into a river