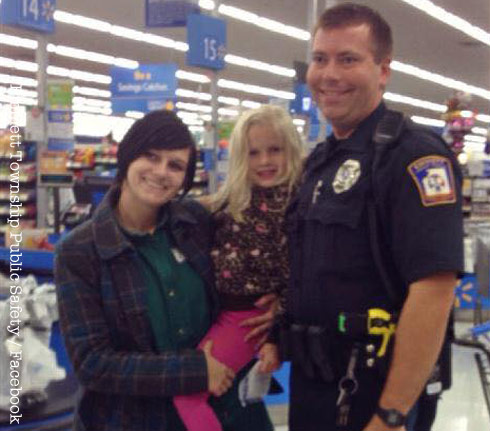 On Friday a public safety officer from Emmett Township, Michigan went above and beyond the call of duty and his actions have garnered national attention.

Officer Ben Hall was out on patrol when he pulled over a vehicle for a traffic violation. When he approached the car he noticed the 5-year-old daughter of Alexis DeLorenzo in the backseat wearing a seat belt, but not in a proper car seat as mandated by law.

DeLorenzo, who was in the front passenger seat, explained to Hall that she understood her mistake as well as the importance of using a car seat. She went on to tell Officer Hall that she had fallen on very hard times – her fiancè lost his job and was diagnosed with cancer – and that her car, along with the car seat, had been repossessed.

DeLorenzo’s ex-husband has custody of their two children, but she has visitation every other weekend. When he couldn’t drop their daughter off Friday evening at her house, she asked a friend to give her a ride to pick up the girl. DeLorenzo didn’t have the money to buy a car seat for the trip. 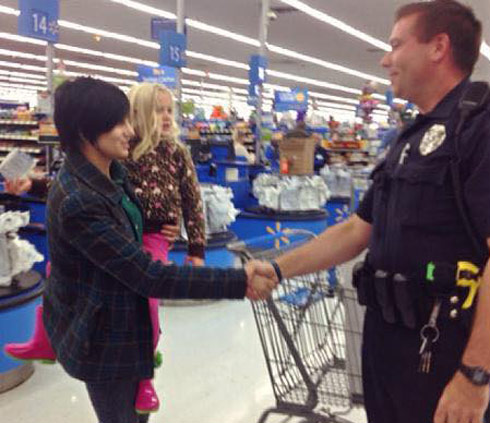 What happened next is something that DeLorenzo will never forget. “He goes, ‘Well meet me at Walmart in 15 minutes,'” she said.

She did what Officer Hall told her to and when they met at the store he put up his own money to purchase the mom a new car seat.

Hall said of his decision:

“I know that writing a citation wasn’t going to solve the problem. The biggest thing I wanted to do is give the child a reliable and dependable booster seat and giving someone a ticket is not going to fix that… It was the easiest 50 bucks I ever spent. It’s something that anybody in the same position, in our position, would do. I in no way, shape or form expect to be paid back. It is a ‘pay it forward’ situation completely.”

The story started circulating after the Emmett Public Safety Department shared photos via Facebook that an employee at Walmart had taken of Hall buying the seat. 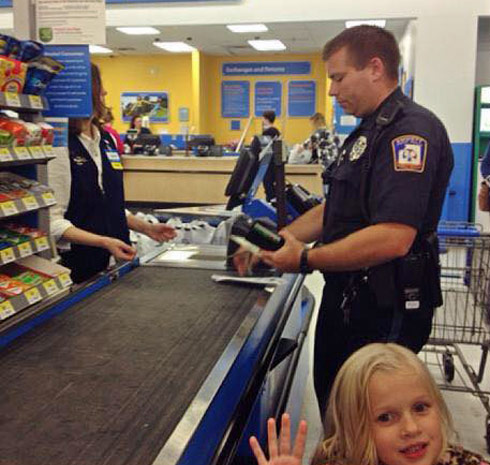 In the comments section, DeLorenzo received her fair share of criticism for not having her child properly restrained and for accepting Hall’s purchase.

Thank you all for the support and kind words, rather you’re family, a friend or a stranger, thank you all. This officer has changed my life, not just because he purchased a car seat for my 5-year-old, but because he has opened my eyes and given me hope. No my life isn’t easy, and I’m not looking for hand outs. The people on here can pass judgment all they want, because I know the truth, along with PSO Hall, and the Lord. God sent my family and I and angel, and I feel blessed that my prayers were answered, just a simple prayer for help.

DeLorenzo added, “PSO Hall was going out of his way to help my family, and I will be forever grateful! And as soon as I can afford it I will be paying forward.”

Arnold Schwarzenegger wants to change the constitution, run for president