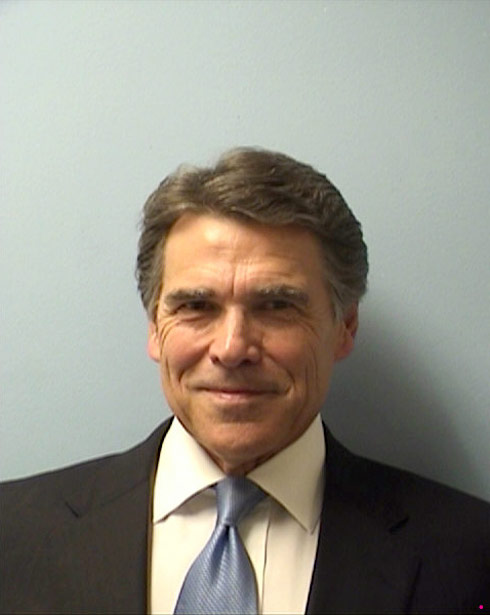 Posing for a mug shot photo when you still have hopes of making bid to run for President of the United States in a coupe of years can be difficult, but it appears as though Texas Governor Rick Perry has nailed it. Perry, who has been indicted on felony counts of coercion of a public servant and abuse of official capacity, turned himself in to the Blackwell-Thurman Criminal Justice Center in Austin earlier today and posed for his booking photo (above) looking downright dapper.

Perry spoke with a crowd of media, supporters, and detractors outside the facility. “This prosecution would seek to erode the power of all Texas governors — Republican or Democrat — to veto legislation and funding that they deem inappropriate,” Perry said. “This indictment is fundamentally a political act that seeks to achieve at the courthouse what could not be achieved at the ballot box.”

No matter the outcome of the charges, Gov. Perry has himself one of the finest mug shots in American history! Perhaps he should even consider using it as the inspiration for an official portrait: 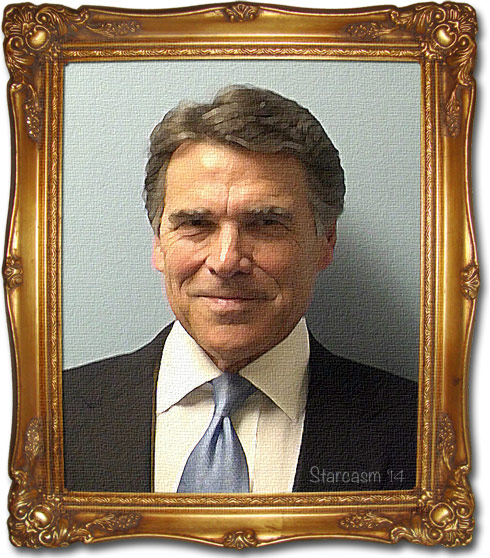 UPDATE – After turning himself in during a Texas summer heatwave, Rick Perry cooled off with a sort of awkward photo op at a local ice cream stand:

And then, ice cream cone at #Sandy's pic.twitter.com/rDYW6HvoS5

That inspired me to try to think of a Rick Perry inspired Ben & Jerry’s (Ben & Perry’s) ice cream flavor. Ummmm… How about Cocoercionut?

Why is Will Eisner’s The Spirit in the Google logo?