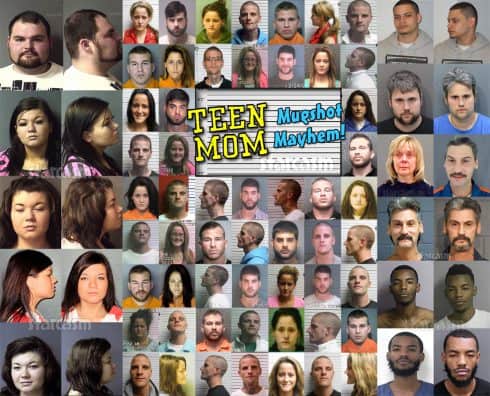 Tonight is the Season 9 premiere of Teen Mom 2, and MTV will be following up onwith two Teen Mom specials. Next Monday at 8/7c the network will premiere “Maci & Taylor: A Love Story,” and on Tuesday, January 15, they will be re-airing their 2018 special “Mugshot Mayhem” at 9/8c.

Here is the description for the upcoming special on Teen Mom OG couple Taylor and Maci McKinney:

Maci and Taylor reveal never-before-heard stories and insights into their beautiful love story; from long-distance love to a full house with three kids, stars Maci and Taylor open up and tell all.

Next up is “Mugshot Mayhem,” which MTV describes as “a crazy romp through all the times the cast of Teen Mom OG and Teen Mom 2 broke the law, got busted by the cops, went to court, did time in jail and ultimately got released.”

To be honest, I thought this was a new special, but it seems that I merely missed when it first aired back in October of last year. Despite being late to the party, I still felt inspired to take my own trip down memory lane by compiling all of the mug shot photos I could find for Teen Mom OG and Teen Mom 2!

Mainly because of Jenelle’s numerous relationships with bad boys over the years, I did have to implement some restrictions on who is included. Basically, these are the booking photos for the moms and dads on the show as well as their parents. I felt I had to include their parents because this post would be silly with Butch and Deb’s mug shots!

There was one other asterisk as I also decided to include Courtland Rogers as well. Jenelle’s other bad boy beaus like Kieffer Delp, Josh Miller, and Gary Head were left off the list, but Courtland was her husband, so I thought that merited his inclusion. Plus, pro lifers will argue that he was also a dad.

So, we will begin with Teen Mom 2, which is essentially Jenelle and her fellers plus Jo Rivera and Briana’s ex Devoin Austin. Here is the Jenelle Eason mug shot compilation, including herself, Courtland Rogers, Nathan Griffith, and David Eason: 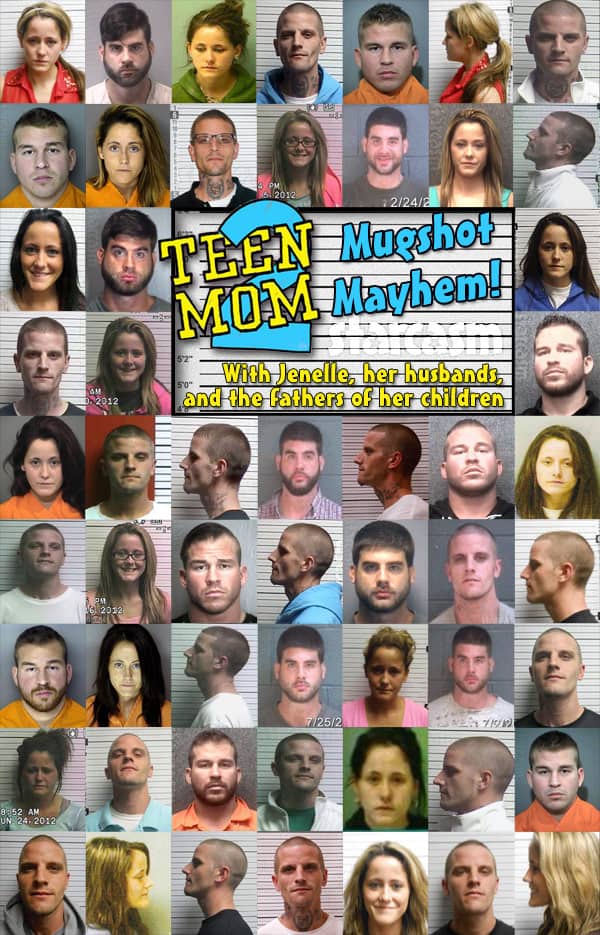 When I was compiling the above image I was struck by the amazing fact that Jenelle’s mother Barbara Evans has somehow managed to avoid being arrested! Jenelle has the police on speed dial, and she has been known to hurl accusations around like they are glasses of ice water, so it really is astonishing that she didn’t get Babs booked on some sort of charge that was later dismissed.

UPDATE – Twitter user @JETMBS pointed out that we forgot the mug shot photo for Andrew Lewis, and she is totally right! I don’t think I was ever aware that this had been posted online — and if I was, I had completely forgotten. Regardless, here is Andrew Lewis’ mug shot photo originally posted by Hollywood Life: 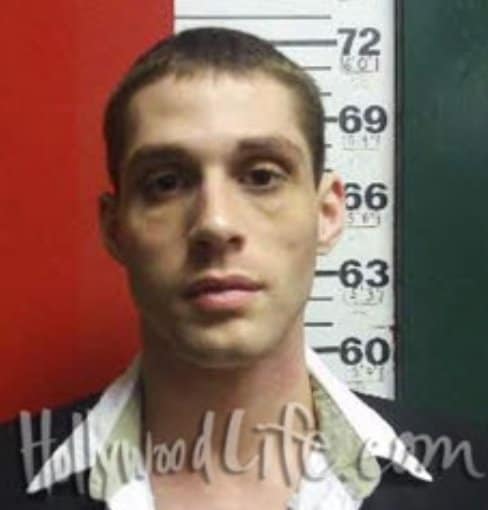 OK, here are the rest of the Teen Mom 2 mug shot photos, including Isaac’s dad Jonathan “Jo” Rivera from when he was booked on a marijuana possession charge and Nova’s dad Devoin Austin’s numerous run-ins with the police: 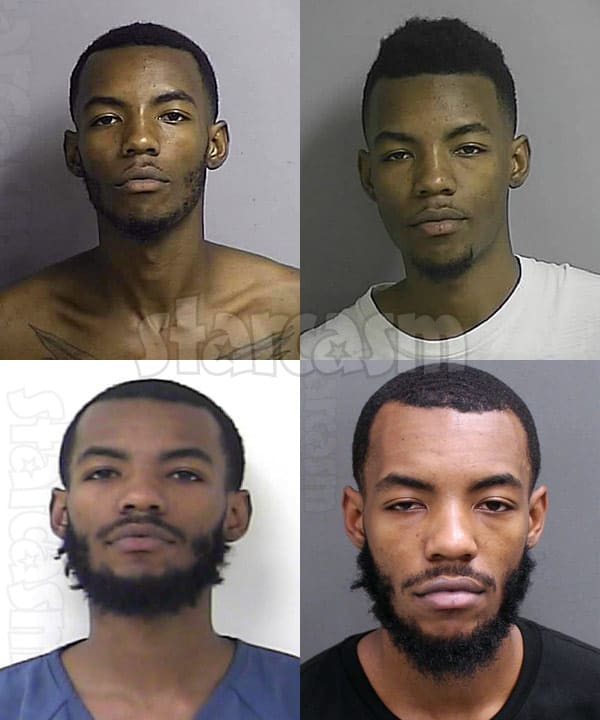 Teen Mom 2 fans will probably note that there is a glaring omission in the collection of mug shot photos above — Chelsea DeBoer’s ex Adam Lind. Despite having a rap sheet that rivals Jenelle’s, South Dakota does not make booking photos available to the public. I believe they recently changed the law to allow for mug shots to be obtained in felony cases, so perhaps we will get an Adam Lind mug shot photo eventually — although I most certainly hope that isn’t the case!

Moving on to Teen Mom OG! This mug shot collection centers on troubled star Amber Portwood, but also includes her ex Gary Shirley from his arrest for driving on a suspended license after cops broke up and argument between him and Amber back in 2011. And then there is Maci’s ex Ryan Edwards as well as the booking photos of Teen Mom grandparents Butch Baltierra and Debra Danielsen: 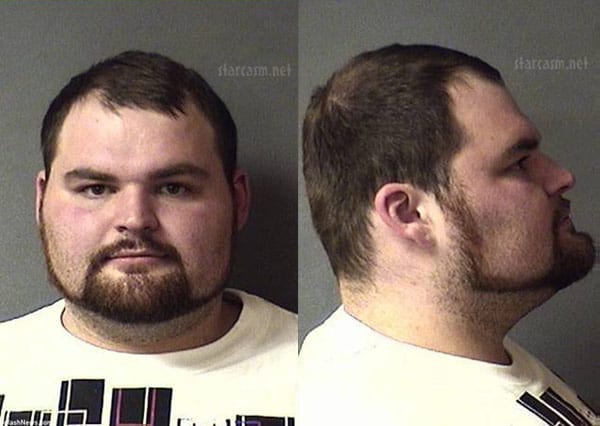 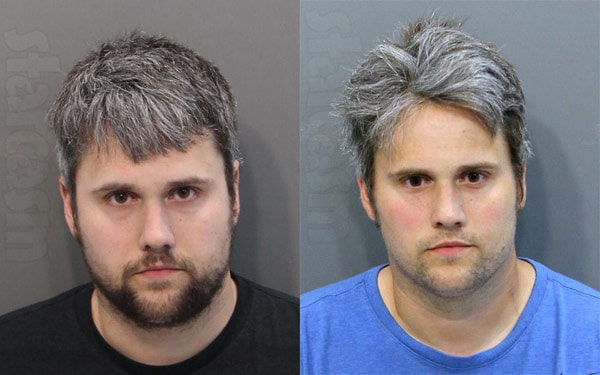 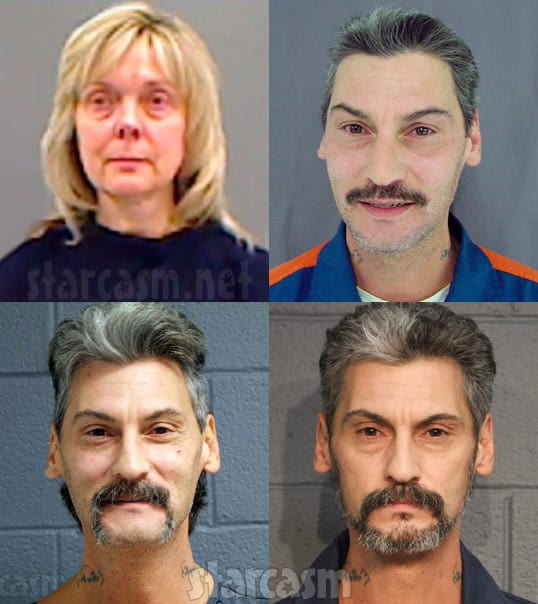 Unfortunately, although Farrah Abraham has been arrested twice, we don’t have a mug shot photo of her from either instance. Because we abhorred that vacuum so much, we created our “Top 4 Farrah Abraham mug shot guesstimates” back in 2013 — one of which (with her crying) is now ubiquitous online.

Although we didn’t cover him much back in the day, I thought Bristol’s ex Levi Johnston had a mug shot floating around — but it seems I was mistaken. Apparently his mother was arrested, but that seemed like way too much of a stretch, even though it technically fit my guidelines.

OK, I think that just about does it! I can’t help but think I left someone out, so gimme a shout if that’s the case. (The best way is via social media or email at the links below.)

If, for some reason, you still have a hankerin’ for more Teen Mom related mug shot photos, then I recommend you revisit an often forgotten blast from the past in the form of Amber Portwood’s ex boyfriend Clinton Yunker.

* This post initially indicated that the Maci and Taylor special was airing Tuesday night, but that has since been corrected. Our apologies for the error.

Jenelle Evans says she was recently offered $1.5M to do a sex tape