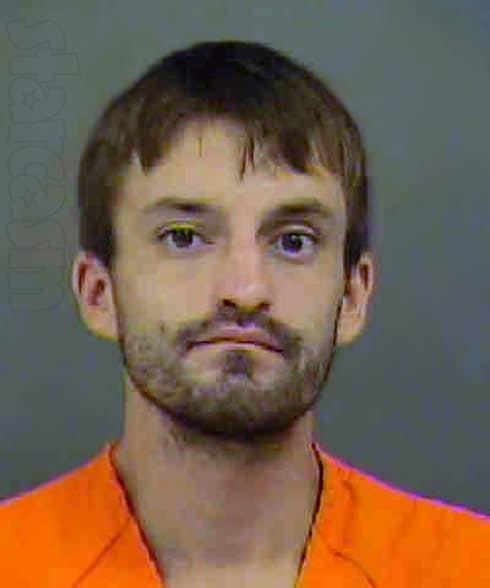 It’s been 16 days since Jenelle Evans’ ex-boyfriend Joshua Miller stole a woman’s car with her three-year-old daughter inside, before then abandoning the toddler in the middle of the street and keeping the car. Since then, Josh has reportedly been on the run in at least four states, including being the cause of a head-on collision in Georgia on Monday, which resulted in a 21-year-old man being hospitalized with serious injuries.

Josh’s run came to an this weekend, however, as he was arrested by the Charlotte-Mecklenburg Police Department earlier today. According to online records, Josh was arrested just after midnight for drug charges that look to be in addition to the kidnapping and larceny charges he already faced. Here is the complete list of charges Josh now faces from WBTV:

From what I can ascertain from the multiple police reports over the last two weeks, Josh has stolen at least four different vehicles. There was the first one, with the young child in it. That car was later reportedly found in Florida.

Josh was then involved in that head-on collision in Georgia while driving another stolen car, before somehow managing to elude police on foot. Another vehicle purportedly taken by Josh was found in his hometown of Boiling Spring Lakes, NC after the Georgia crash. WWAY adds: “Police said Miller is also facing additional charges for larceny of a motor vehicle that occurred on Cherokee Road in Boiling Spring Lakes two days ago on [August 18].”

Jenelle’s Facebook page shared a link to one of the news stories about Josh’s arrest along with the caption “Wow finally the goose chase is over ?”