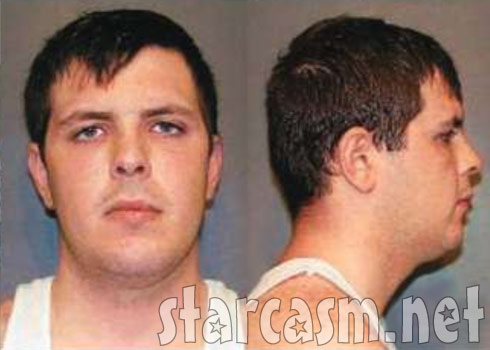 Amber Portwood has moved on from baby daddy and ex-fiance Gary Shirley and is now seriously involved with Clinton Yunker, who she has been photographed with often all over their hometown of Anderson, Indiana. With Clinton Amber is once again demonstrating her affinity for danger because he, just like Amber’s date Chris from Season 2, has a history of run-ins with the law that include arrests in 2007 and 2010. 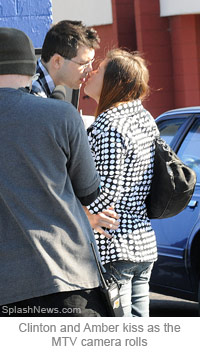 A source close to Clinton tells us that his 2010 arrest (Mug shot above) stems from jealousy over his 19-year-old baby mama Tara, with whom he shares a 1 1/2-year-old daughter named Kierra. According to the source, Clinton and Tara began dating when she was 14 and he was 18 and the couple have been on and off ever since.

Star magazine talked with another source who tells the tabloid:

“He was a good dad when their daughter was first born, but then Clinton decided he was gonna go out partying all the time and enjoy being a guy in his early 20s. And even though Clinton is now publicly romancing Amber, there will always be a place for him back at his girlfriend’s house. She’s had the habit of letting him walk all over her in the past, and he comes and goes as he pleases.” 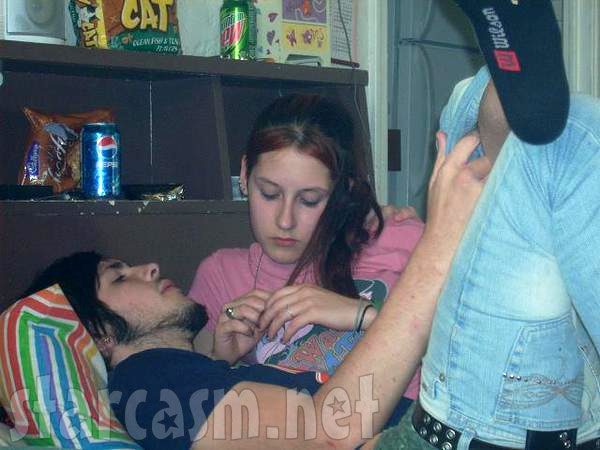 Tara’s MySpace, which was last accessed on December 9, 2010 at the time of this post, seems to back up reports that Clinton will always have a place at her side. In her “About Me” section Tara writes in all caps, “I LOVE CLINTON YUNKER MORE THAN ANYTHING AND THAT WILL NEVER CHANGE!!!! I MISS YOU SO MUCH AND I’LL ALWAYS BE HERE FOR YOU!!!!!”

It was the combination of coming and going as he pleases and enjoying being a guy in his early 20s that our source says contributed to an altercation that resulted in Clinton being arrested earlier this year. The source tells us that Clinton is a jealous man and the fight in question occurred in front of Tara’s house because she was talking with another man!

“His last visit to jail was over his baby mama Tara,” says the insider. “She was chatting with other guys and Clinton is very, very jealous. Well he comes home, after being out drinking with the boys of course, and sees a guy in the driveway with Tara and he beats the crap out of him. That’s why he was in jail the last time.” (That doesn’t sound like a good match for Amber!) 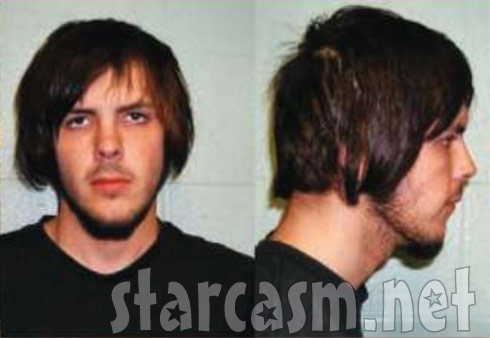 A previous arrest, in 2007 (mug shot above), stems from a hotel party at which police found some marijuana, says our source. “He’s had hotel parties and has gotten in trouble over that with underage kids there as well as drugs and drinking.” In addition to these two arrests, Clinton’s record also includes “a few driving while suspended and two or three underage charges” as well.

Clinton’s knack for getting into trouble most recently surfaced in an altercation at a bar when he and his brother Tristan Yunker, a nationally ranked Mixed Martial Arts fighter (AKA Ultimate Fighting), “got into it with eight guys and one of them hit him [Clinton] over the back of the head with a block and [Clinton] got staples in the back of his head.” According to the source, this was just before it came out that he was seeing Teen Mom Amber Portwood.

Here’s a video profile of Clinton’s brother Tristan which adequately demonstrates why he’s not the guy to get in a bar brawl with:

Clinton dating Amber with all of her anger management issues sounds like a recipe for disaster, but our source suggests otherwise. “He likes going out and getting drunk and getting in fights,” the insider says of Clinton, “but while filming is going on he isn’t doing much of that.” Now, we just need to somehow keep those MTV cameras rolling year-round! 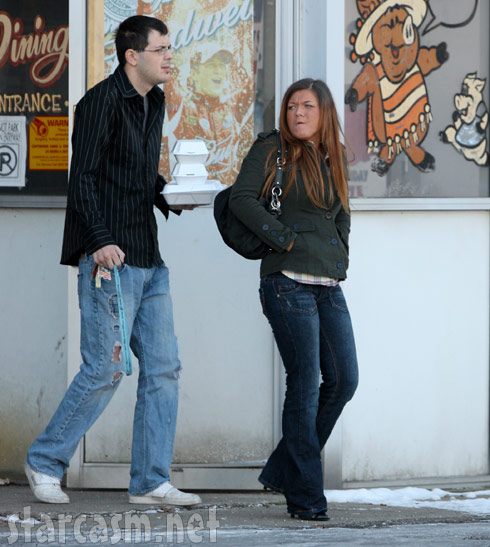 UPDATE – Something tells me that the recent news that Amber may be pregnant will set off a few explosions in the Portwood/Yunker home!