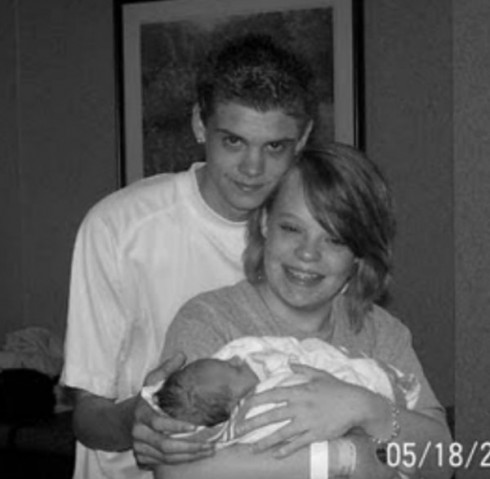 When they were just teenagers, Catelynn Lowell and Tyler Baltierra made the selfless decision to allow a loving family to adopt their daughter Carly. As their early episode of 16 & Pregnant shows, the couple faced opposition from their family all along — and, unfortunately, much of the public criticism started anew when Catelynn and Tyler announced they are expecting again.

During a Teen Mom/Teen Mom 2 reunion this summer, Leah Calvert posed the question to Catelynn and Tyler about whether Carly would “resent them.”

“I don’t think so just because I think it’s such an open adoption she’s going to understand where I was at the time when I was pregnant with her… That I was 16, living with my alcoholic mom and Tyler’s crackhead dad,” Catelynn responded. “Also, I’m 22 – almost 23 – and I’ve come a lonnnnng way from when I had her so it’s totally different. I mean I could understand, I feel like every adopted child probably wonders why… I just feel like if you explain it right then she’ll really understand. But, we’ll see.”

Still, that didn’t apparently didn’t quell the question entirely. After Catelynn posted a status yesterday about how excited she is for her new baby girl to arrive, someone said a comment like that may be “hurtful” to Carly.

“No it will not be hurtful because she knows everything about her story. We are in a totally different place older wiser and own a home,” Catelynn replied. “Stuff we didn’t have when I was pregnant with Carly. We have an awesome relationship and she can ask any questions she has so in no way will she feel like I loved this child anymore then I love her!”

Indeed, Catelynn and Tyler continue to have a great relationship with Carly — who has four loving parents. Carly’s parents even gave Catelynn and Tyler thoughtful gifts for their new baby during their most recent visit with the now 5-year-old girl.

More about Catelynn and Tyler’s road to baby No. 2 will be shown in the new season of Teen Mom, which is expected to premiere in early 2015.