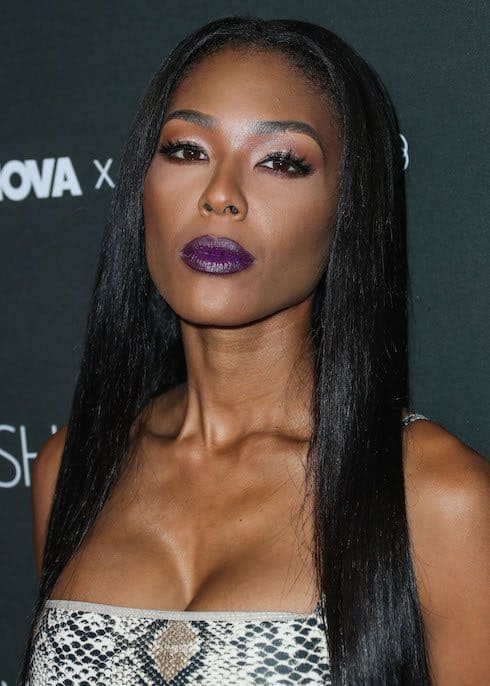 It seems all those rumors about Moniece Slaughter on LHHATL were actually true! Moniece will be a member of the Love & Hip Hop Atlanta Season 8 cast for an undisclosed number of episodes when the show returns later this month. This is a fairly surprising move for Moniece, who spent the end of last year struggling to get out of her Love & Hip Hop Hollywood contract and seemingly move away from reality TV altogether.

We first reported the gossip about Moniece Slaughter on LHHATL several weeks ago, when it looked like she might be dating returning cast member Scrapp DeLeon. That particular tea has yet to be confirmed. But according to the always-reliable BestRealityBlog, Moniece has been filming scenes with the LHHATL cast and will be a part of the show’s new season:

I can finally post ? YES our favorite #LHHH cast member #MonieceSlaughter has joined #LHHATL for season 8!! Looks like Mo and #EricaMena are going to be this season’s wild cards who production inserts into filming mid season with the goal shaking things up ??? You excited? pic.twitter.com/dKJbJ990iV

So it looks like Moniece will be a guest star for LHHATL Season 8, and not a full-time cast member. Nonetheless, this is still the same woman who said that Love & Hip Hop Hollywood had “sucked the life out of her” last September, in an Instagram post where Moniece also begged to be let out of her contract. And a couple months later, it looked like Moniece had managed to get free of the show; she claimed she was done with LHHH and would be focusing only on new music.

So what changed between then and now? Maybe Moniece really is dating Scrapp, and couldn’t avoid the show’s cameras. But it seems more likely that she just wanted a fresh start, and a temporary move to Atlanta sounded pretty good. And it further seems likely that Moniece couldn’t pull a Masika Kalysha and get out of her contract entirely — in which case she may have negotiated a switch to a different Love & Hip Hop franchise as a way to make the best of a tough situation.

Is Naked And Afraid scripted? Producers explain how the show works