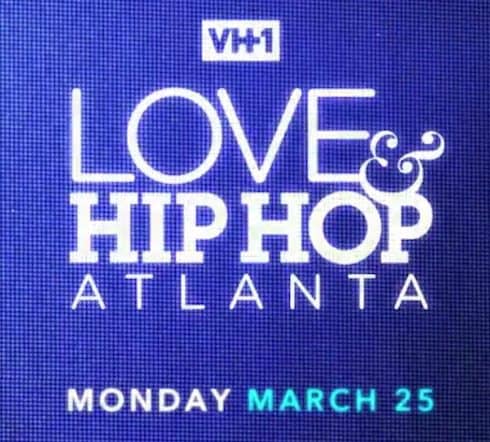 Just in time: the LHHATL Season 8 trailer is here. VH1 dropped the first look at the LHHATL new season one month before the premiere; fortuntately, we’ve been getting tea for awhile now. Read on for the latest, including which OG cast members are gone, which new ones to expect, and how everyone storylines may unfold.

Before all that gossip, though, here’s the first LHHATL Season 8 trailer itself. It’s only a teaser, but it does exactly what teasers are supposed to: get you excited for the new season before your inevitable disappointment two episodes in. Check out the work this heartbeat is doing:

It's a NEW DAWN. It's a NEW DAY in the A….#LHHATL returns MONDAY MARCH 25. pic.twitter.com/v5x04BgHvs

We count Mimi Faust, Scrapp DeLeon, Karlie Redd, Tokyo Vanity, Kirk Frost, Rasheeda — and the ever-present Stevie J. You’ll notice that at least one big name is missing from the trailer, and may be gone from the show altogether. But more on that in a later article. Here’s what we know to expect from Love & Hip Hop Atlanta Season 8:

-Scrapp DeLeon is technically out of prison. We say “technically” because Scrapp is still a ward of the state; he’s been serving out the remainder of his drug trafficking sentence in a Macon halfway house. Scrapp’s sentence is up in January of 2021, but it seems he’s allowed to film for LHHATL before then.
-But Scrapp and Tommie are almost certainly not back together. The two of them were spotted in a tight embrace a few weeks back. It seems that was all it was.
-Tommie is no longer on Love & Hip Hop Atlanta. She’s been teasing her departure for weeks, and recently confirmed it on IG. We still don’t know if she quit or was fired, but Tommie has a huge legal battle on her hands; she’s facing up to 50 years on child abuse charges. She may pop up in a few episodes, but Tommie’s time as a full-time cast member is over.

-Kirk Frost is still up to it. The latest on Kirk — and it’s still gossip, not at all confirmed — is he’s got two different women pregnant right now. One of them is allegedly Rasheeda! (We doubt this, but that’s the rumor.) The other, unfortunately for his marriage, is not Rasheeda. If LHHATL goes with more baby daddy drama for Kirk’s Season 8 storyline, they need to just cut him from the show altogether.
-Season 7 addition Spice is back. Expect her skin bleaching controversy to play a role in her story. Whether the show gives the topic a thoughtful exploration is a different question.
-Stevie J returns a married man. He and Faith Evans are going strong, and Faith has posed for a few publicity shots for the new season. We’re hearing she will appear in at least one episode, possibly several.
-Bambi and Scrappy are happy parents. No surprise there 🙂 Might not be much drama coming from these two this season.
-Tokyo Vanity is now a full-time cast member. The Season 7 favorite is still the wild card.

Finally, there are two more baby stories expected to feature this season. The first is the return of Erica Dixon to the Love & Hip Hop Atlanta cast. Erica has already confirmed she’ll be back, and she’s been documenting her pregnancy on social media. Her baby daddy’s identity remains a well-kept secret.

And Erica Mena, who’ll also be back this year, is rumored to be pregnant with Safaree’s baby. Erica and Safaree got engaged on Christmas Eve after a short, hot courtship, and speculation over whether Erica is sporting a baby bump has been flying something fierce. If she is pregnant, it seems likely that we’ll get a reveal of the news on LHHATL, if only because Erica and Safaree owe so much to the Love & Hip Hop brand.

We’ll find out even more when the full-length LHHATL Season 8 trailer drops next Monday, presumably either just before or just after LHHNY airs.