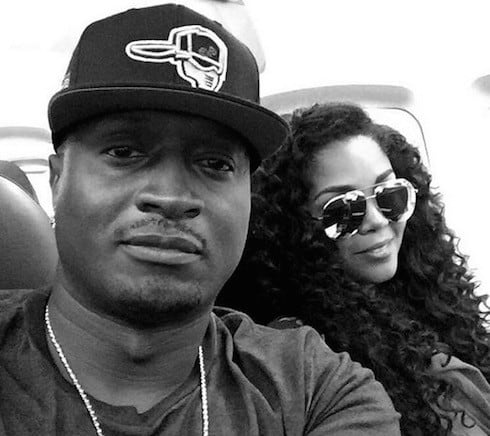 It looks like yesterday’s report on Kirk Frost’s newest baby mama may have been just a little premature. According to a new claim, Kirk has not one, but two new baby mamas–and both of the ladies will feature on the upcoming season of Love & Hip Hop Atlanta.

Noted gossip blog Fameolous brought the tea, which appears to come via a friend of one member of the production team. The first baby mama, Jasmine Washington, made headlines earlier this week when she sued Kirk for paternity and child support after he cut her off. It seems that Kirk, 47, and Jasmine, 27, have a six-month-old together, but, for undisclosed reasons, he began denying paternity around Halloween.

Now, the production assistant’s friend is alleging that Kirk has a second baby mama who’s just 23. (As the article put it: “He likes them YOUNG.”) The second woman hasn’t yet given birth to her child, but is “pregnant now.” And perhaps most intriguing of all is the note that Kirk’s wife Rasheeda finds out about the affairs when Karlee tells her in the middle of a fight. 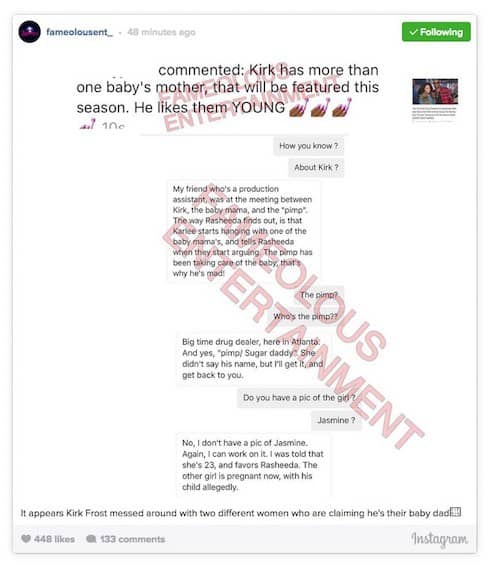