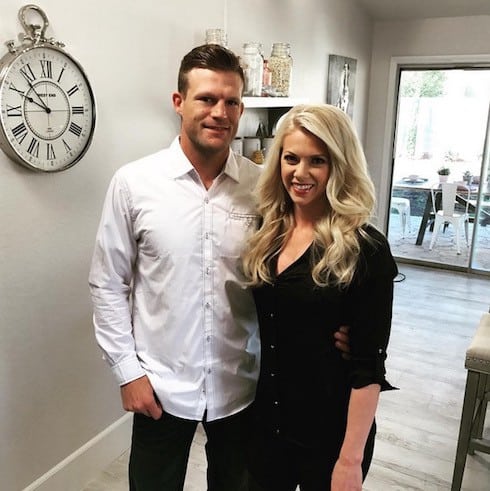 The Bristol Marunde HGTV turn is coming: Bristol and his wife Aubrey have just been announced as the hosts of Flip or Flop Vegas, the first spin-off of Tarek and Christina El Moussa’s international mega-hit. In fact, HGTV recently shared the news that they’ve put five (5) brand-new Flip or Flop spin-offs into production. The other four, in chronological order of premiere date, are Atlanta (summer 2017), Nashville (February 2018), “Texas” (the city has yet to be announced, but the premiere is still slated for February of ’18), and Chicago (air date TBD).

Bristol and Aubrey are exactly the kind of talent the network has been looking for of late: they’re young, high-energy, attractive, active, and have adorable little kids. In fact, it looks like Flip or Flop Vegas is actually a repurposing of a different show with a similar idea–High Stakes Flippers–that HGTV shot a pilot for and aired at least twice in the summer of 2016. (The practice is hardly uncommon; it’s just interesting to note the title change in light of the recent drama surrounding Tarek and Christina.)

Tonight at 7pm ET our show High Stakes flippers is re-airing on HGTV in case you missed it. @hgtv @highnoonent

34-year-old Bristol had a 16-10 record as an MMA fighter, with a career spanning from 2005 to 2015. And he’s no stranger to television, having made it to the quarterfinals of MMA reality competition The Ultimate Fighter: Team Carwin vs. Team Nelson.

Made it to sparring today at Xtreme Couture in Las Vegas. I got mauled by a polar bear… @eric_xcmma

But Bristol’s prowess as a house flipper in the greater Las Vegas area is not to be denied. According to Aubrey, the pair has successfully flipped over 140 homes in the past few years, thanks to her experience as a real estate agent and his additional employment in contracting and construction. 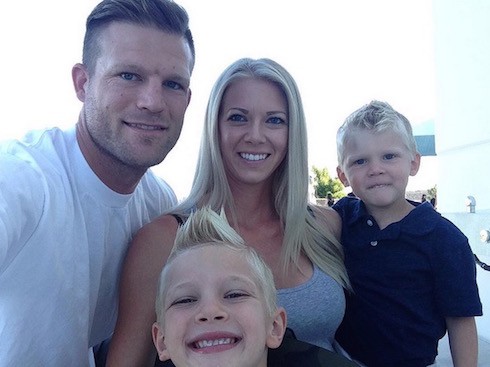 As for that super-cute family? Bristol and Aubrey have two boys: oldest son Kale is six. Judging by this clip of Bristol and Kale in the gym, the little guy’s been helping his father train for a few years now:

Beyond the Marundes’ personal lives, one particularly noteworthy behind-the-lens element of Flip or Flop Vegas will appeal to HGTV devoteés. The show is being produced by High Noon Entertainment, the same company responsible for network flagship Fixer Upper.

After all that, remember to tune in: Flip or Flop Vegas premieres Thursday, April 6th at 9 PM on HGTV.