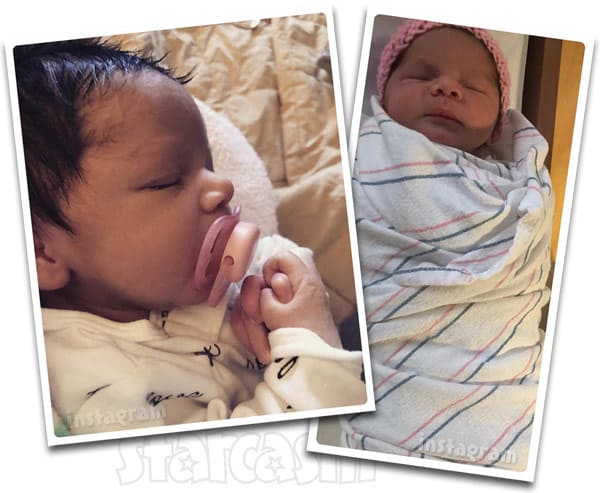 The second season of Love After Lockup had its EPIC two-hour season finale Friday night, including the official confirmation that Sarah gave birth to her and Michael’s second daughter Rayne. After the episode aired, both parents were finally able to share photos on social media. Meanwhile, Megan did an Instagram live session in which she revealed that she still talks to Michael and that they might be coming back for more episodes!

We will start with Sarah and Michael, who both posted photos of their daughter Rayne on Instagram (above). “Baby #2 Rayne Simmons,” Sarah captioned the photo on the left. “♥️I love you babygirl you are perfect just like your big sister ?⭐️.”

Michael posted side-by-side photos of both of their daughters, but I only included Rayne above. “Best Feeling In The World Is Having Two Baby Girls ❤️,” he (or someone with access to his account) wrote.

While Sarah and Michael were posting baby photos, Megan did an Instagram Live session following the finale to answer fan questions. Megan teased the live session with some video clips in her story, and she raised some eyebrows when she made it clear that there were some things that she would not be able to talk about. That seemed to indicate that Megan would be returning for additional episodes this summer — and she pretty much confirmed that possibility while answering questions live.

One follower asked straight up if Megan and Michael would be back on the show when it returns this summer. “You might see me, you might not,” Megan said. When she tackled a similar question later on, Megan clarified that Michael might also be back when she said: “Y’all might see us.”

Just as the season finale episode revealed at the end, Megan confirms that she and Michael still talk. “If he calls I’ll answer. If I call, he’ll answer. That doesn’t necessarily mean that we’re together,” she clarifies. “We’re friends and we still talk. That’s where we are.”

Megan was pressed on what she and Michael talk about, and she dodged the question by once again hinting at a return. “I promise, it’s going to get juicier — just keep watching!” she said.

As far as why she changed her mind about not wanting to ever speak to Michael again, Megan said that “once he explained everything, I did get it…I know above all else, Michael wants to be a great father. I don’t want to hinder him from that.”

Someone on Twitter tagged Sarah and let her know that Megan and Michael were still talking and might return to the show. “Sooo my question now is…. WHY do people feel sorry for her????????????” Sarah asked in response. “She’s doing this to herself ?”

Sarah has not hinted AT ALL that she might be back for additional episodes. 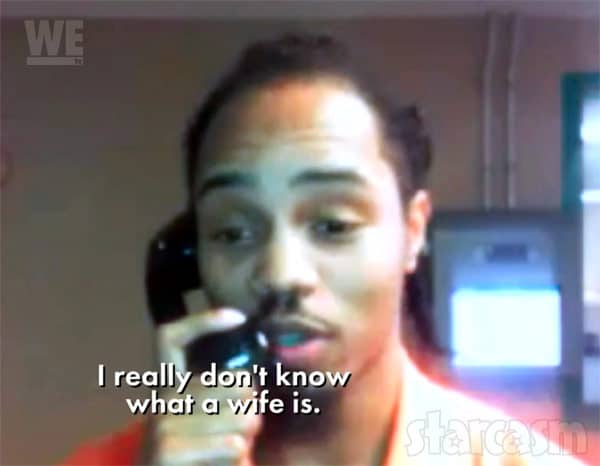 Would you be excited to see Megan and Michael return? As a fan, it seems like a bit of a stretch to me. I just don’t think I could believe Megan was doing it for any other reason than just to get more air time. In contrast, I would TOTALLY believe Michael signing up again just on the off chance that it would result in a potential hook up or two.

UPDATE – Sarah and Michael have both shared statements on Instagram about their experience doing the show and their thoughts on their relationship going forward:

SARAH: This experience along with giving birth to a new babygirl has changed my life! I have to admitted for the better. I have become wiser, stronger, and more humble. I am beyond thankful for my life experiences even though the journey is excruciating combined with prolonged AGONY. I’ve made many mistakes, reacted off emotions, was dramatic at times, and even allowed myself to get out of character because I was struggling between wanting to give up the fight and also knowing I could concur it. Being rejected on national TV by the one person you thought you knew best in this world was horrific and painful. NO I’m not “playing the victim” I was HURT. But I regret NOTHING, I’m now sure of myself that I am a BEAUTIFUL STRONG WOMAN. This does NOT define me, what I do with it does. Thank you to everyone for all the support and uplifting comments! And thank you to all the haters without you I wouldn’t have come this far! ♥️?‼️ As far as Michael, I FORGIVE you. Can’t wait to watch our babies grow, and I hope we can forever be able to be there for them together! ?? #loveafterlockup #wetv #loveafterlockupwetv #livingmybestlife

MICHAEL: Everybody Make Mistakes. No matter if you had to mess up 10 times just to get it right , all that matters is that you got it right ! Im a whole different person now and I see the world a lot differently. I have two beautiful daughters who I can’t wait to see grow up?. Y’all only see what goes on through a TV show but not the REAL me. I’d like to show you all who I really am. As far as @sarahloveafterlockup , Thankyou for having my two baby girls and being a great mom I appreciate you. You are very strong! But to everyone who don’t know As of Now I’m Focused on my kids and my career , no relationship ❌. Thankyou to all my Supporters who has been supporting me throughout this Season! I really appreciate all the feedback and positive messages I’ve received. & I Will Keep Learning As I Go Through This Thing Called “Life”. I Have Alot More In Store For y’all but until Then Stay Tuned For Next Season ???! #loveafterlockup