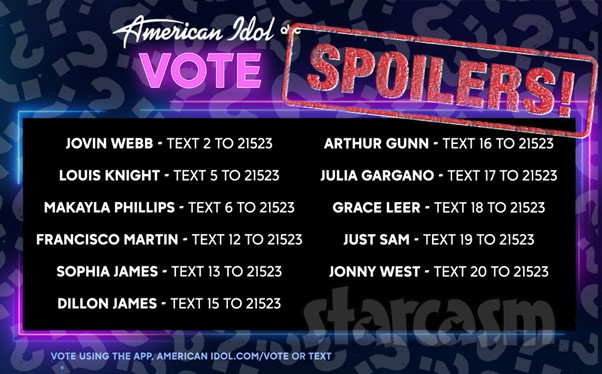 American Idol contestants continue to remotely sing their way through the COVID-19 pandemic, and we have a fresh new batch of spoilers revealing who got cut this week, and who is a Top 7 finalist!

Once again, these spoilers come from the diligent AI detectives at The Idol Pad. To keep up with all the American Idol spoilers in real time, be sure to follow them on Twitter @idolspoilers

The most recent round of eliminations was NOT GOOD for the ladies. Three of the five remaining women contestants were cut, leaving a Final 7 comprised of five guys and two gals. 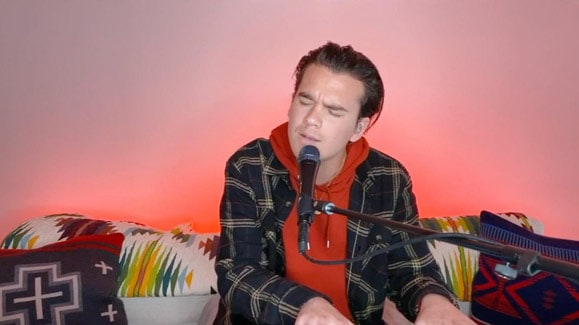 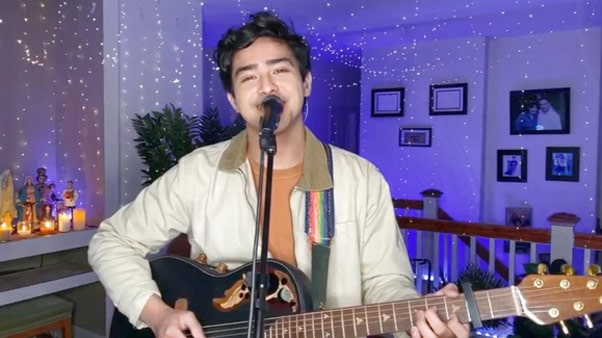 Francisco Martin
Performed “Falling Like The Stars” by James Arthur 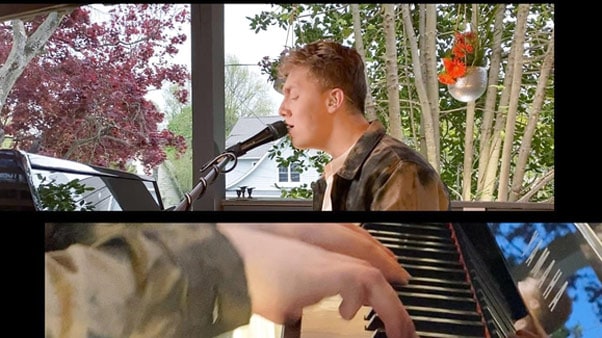 Louis Knight
Performed “In My Place” by Coldplay 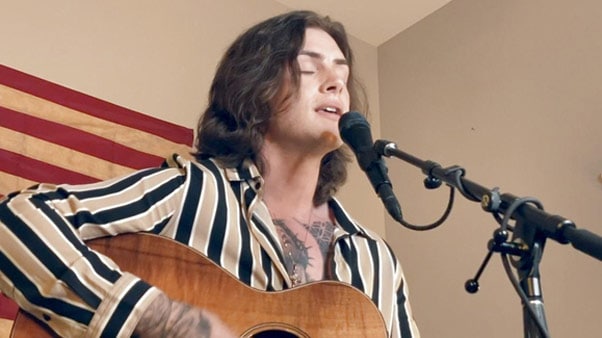 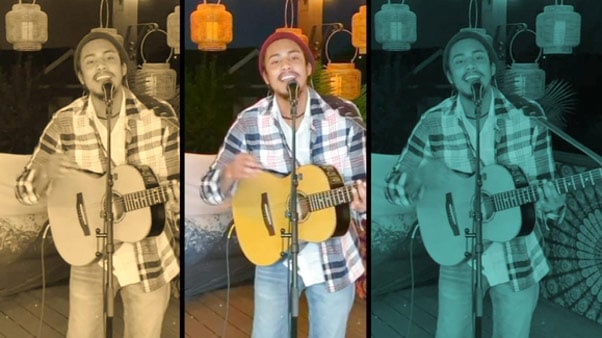 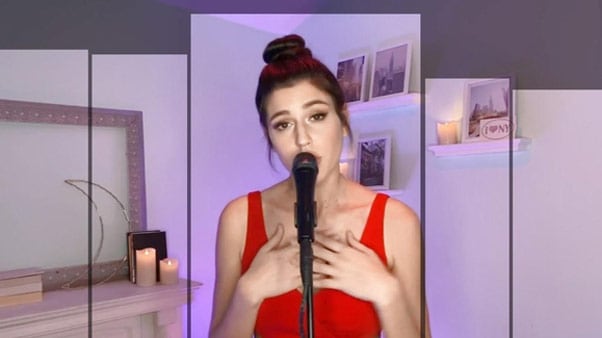 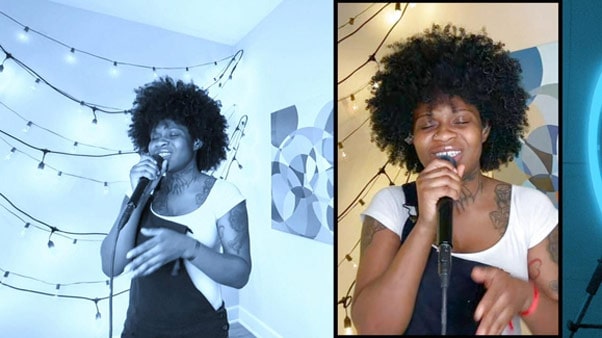 In other American Idol spoiler news, The Idol Pad reveals that the guest performances will be the top two American Idol contestants from Season 17. Runner-up Alejandro Aranda (ScaryPoolParty) will perform an original song from his debut album, Exit Form. American Idol Season 17 winner Laine Hardy will perform “Life Is A Highway” by Tom Cochrane.

Just in case you needed a refresher on which of the Top 11 aren’t listed above, here are the American Idol Top 11 Finalists who got cut:

Sophia Wackerman/James
Performed “In My Room” by The Beach Boys

Makayla Phillips
Performed “The House That Built Me” by Miranda Lambert

Grace Leer
Performed “Somewhere Over The Rainbow” by Judy Garland

To see the official reveal of the Top 7, be sure to tune in to American Idol this Sunday night at 8/7c on ABC!