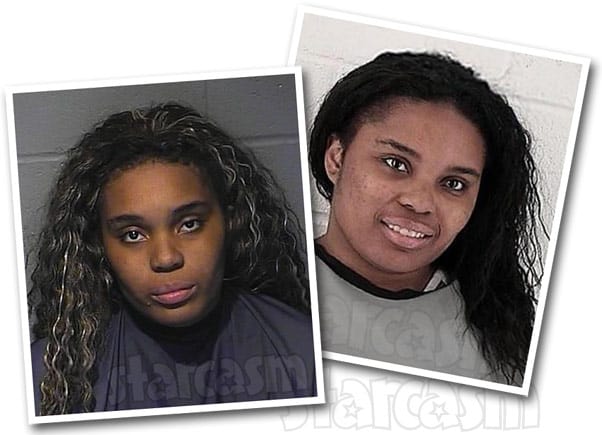 New cast members of Love After Lockup often have very interesting backgrounds with lots of stuff for bloggers like me to write about. That usually has a lot to do with the fact that the couples feature a convict serving some pretty serious time, which of course means at least one major arrest. However, this season’s most blog-worthy cast member isn’t the convict half of the relationship!

Shavel Moore has lots of interesting things in her past, including her rap career under the alias Yellowbone, an acting resume that includes lead roles in the movies Stick Up Chicks and Bunnies On Deck, plus a feature on her family in The New York Times in 2012. In addition to all of that, she’s also spent a little time in front of the police booking cameras herself!

According to online records, Shavel was booked at least twice in her home state of Kansas — both of which look to be VERY minor incidents.

In 2010, Shavel posed for the mug shot photo above with the dark background. The only charges listed online are described as “Court Commitment – Misdemeanor.”

The second mug shot photo was taken in 2015 and the charge is listed as failure to use a seat belt. I don’t think not wearing a seat belt usually results in an arrest and/or booking photo, so I’m assuming there was more to it? Perhaps a suspended license or something similar?

Regardless, Shavel’s arrest history is incredibly tame to say the least. The same cannot be said for her brother Cedric!

Starcasm readers may recall Cedric from our article profiling Shavel’s rap career. She performs under the name Yellowbone and her brother Cedric uses the name Swift, Swift Leggo, and a couple others. While researching Shavel, I was looking through some of her old social media posts when I ran across this entry from January of 2016:

What’s all The HYPE ABOUT Aww Swift Leggo let me tell you something Get Ready For Court …. I will post my own brother pic before I let others think they know what there talking about “Allegedly” know what that means before u go and say someone did anything… ” Who waits a Year oh Johnson County ” You can’t Pin A Damn thing on NoOne if They was not there in Their own video somewhere else !! let’s Go To Court Trust he Dont have no Public Defender He has A Paid Lawyer ” Free My Brother He Will Be Out Soon #RunTellDat
#thisispublicnoneedtoscreenshot 😉

The post was accompanied by a screen cap of a Fox 4 article about Cedric being arrested for discharging a gun at an occupied dwelling. “Olathe Police say that in January 2015 Evans allegedly fired a gun into an apartment in the 1500 block of East College Way and hit a 22-year-old woman,” Fox 4 reported at the time. 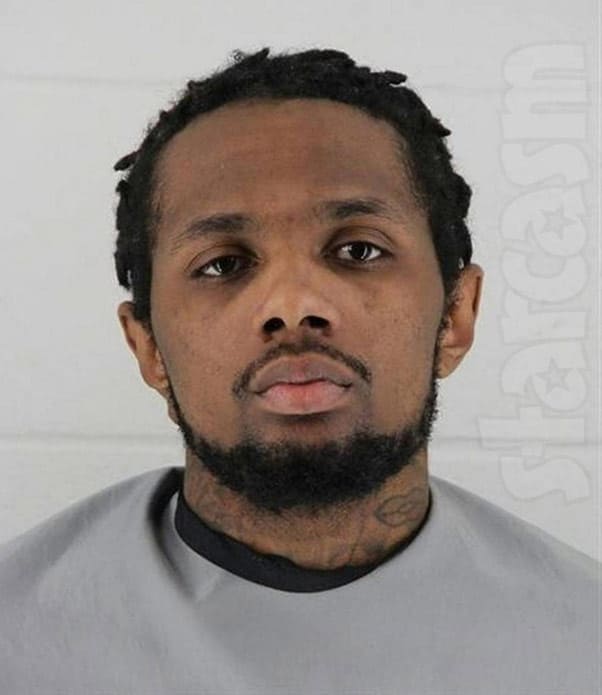 More on the case from The Kansas City Star:

Cedric Dron Evans is being held in the Johnson County jail in lieu of a $500,000 bond. He is charged with aggravated battery and discharging a firearm into an occupied building.

A 22-year-old woman was shot in the chest on Jan. 20, 2015, when someone fired into an apartment in the 1500 block of East College Way. A baby inside the apartment was not injured.

Find out the unfortunate reason that #LoveAfterLockup star Shavel Moore and her family were featured in a 2012 @NewYorkTimesUSA article. Plus, listen to Shavel's rapping skills performing under her hip hop alias Yellowbone! #LoveAndHipHopAfterLockup https://t.co/YfIMKnaO8G

COMMENT: It was my kussin that was shot in that apartment but I refuse to believe it was him me him and my kussin all hung around with each other back in the day I’m not gonna be like everybody and just jump on the band wagon I believe they have the wrong person in custody they need to find the person responsible for this i love my kussin but I won’t stand by and let them slander his name like that.

SHAVEL: Yeah I’m sorry that happen to your cousin. But I am my Brother’s Keeper and as long as I’m living I’m not going to let no one slander his Name nor his Character 😉 Thanx

In April of 2015, Cedric was arrested in Tennessee and charged with assault, resisting arrest and attempted burglary after he allegedly attempted to steal an elderly couple’s minivan, then ran from police before being tasered — all while wearing a red bath robe!

“We were able to tase Mr. Evans to safely get him into custody,” said Lt. Rodney Wright of the Newbern Police Department. Wright said it took more than one jolt from the Taser to get Evans in custody and that Evans later admitted to being under the influence of several drugs. Among that list were methamphetamine, ecstasy, hydrocodone and marijuana.

…Evans currently is in the Dyer County Jail charged with assault, resisting arrest and attempted burglary, according to police. Officers said Evans also is wanted in Oklahoma on drug charges.

Perhaps Shavel’s family needs to unclutch their pearls a bit in regards to Shavel dating Quaylon!

In addition to rapping under the stage name Yellowbone, #LoveAfterLockup's Shavel Moore is also an actress who had lead roles in #BunniesOnDeck (2013) & #StickUpChicks (2015). Check out preview trailers – PLUS the full "movies!" https://t.co/SNB3U2h6iG pic.twitter.com/tz1XLWiPIo

Speaking of Shavel and Quaylon, be sure to follow their inevitably dramatic relationship as it unfolds on screen with new episodes of Love After Lockup airing Friday nights at 9/8c on WE tv. If you’re curious to know more about the current cast, including LOTS of spoilers, be sure to check out our Love After Lockup category!