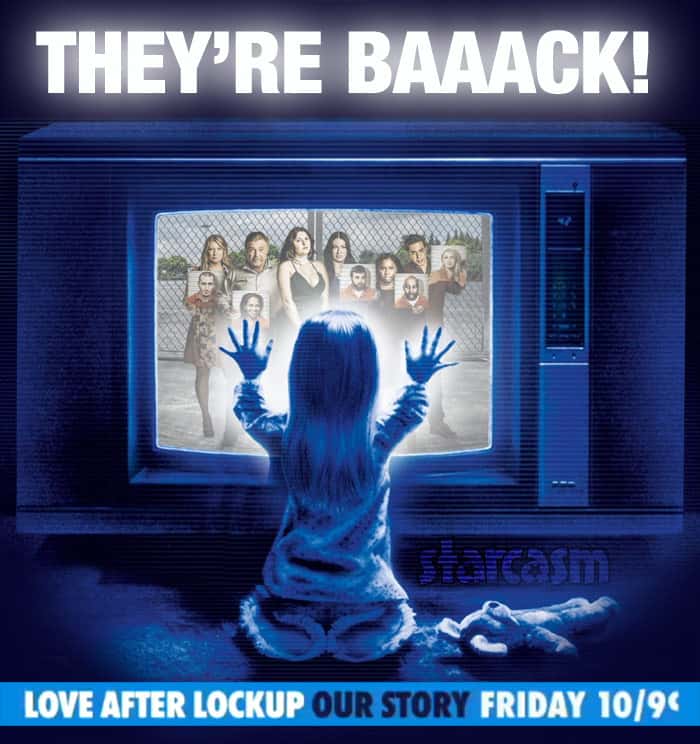 WE tv announced in September that their hit prison romance reality series Love After Lockup will be back for a second season in December, but fans won’t have to wait until then to get their #LAL fix as the network plans to air a series of “Our Story” specials featuring the Season 1 couples!

WE tv didn’t release much information about the specials, merely that viewers will “see it like you’ve never seen it before” and will “get a deeper look at each couple.” In addition, the episodes will also include a “first look at next season’s new couples!”

Get a deeper look at each couple in @LuvAfterLockup #OurStory FRIDAY at 10/9c! #LoveAfterLockup pic.twitter.com/BT6aGgeqnv

It appears as though each week will feature a new “Our Story” episode on a different couple, and the first week will feature Season 1 Queen Bee Johnna DiGrigoli and her bearded “Hot Felon” fiance Garrett Tanner:

Follow @VAJ0HNNA and Garrett's journey from prison to the alter on #LoveAfterLockup #OurStory NEXT FRIDAY at 10/9c! pic.twitter.com/zlV8o6Eqlk

We previously reported back in June that the Season 1 couples were filming again, but not for Season 2 — and now we know why. So I am guessing that the “Our Story” episodes will feature commentary by the couples themselves, which should be VERY entertaining with Johnna and Garrett! In case you missed it, Garrett left Johnna for some girl he met at a strip club. Instead of wasting her time feeling bad, Johnna seized the opportunity to reevaluate her life, packed up and moved to Austin for what has turned out to be a Texas-sized glow up. I think we will all be quite amused by what she has to say looking back on her relationship with Garrett!

I’m hoping we will all finally get to meet Garrett’s strip club princess “Natural Nelly” as well, because I imagine she will have a few choice words of her own about Garrett and Johnna’s relationship. (Don’t get me wrong, we are #TeamJohnna all the way here at Starcasm. But, we are also #TeamDrama and #TeamTrashTalk too. We’re on a lot of teams!)

Oh, and of course I hope that WE tv was able to speak with Johnna’s dad about how everything has turned out since filming. Maybe he can fill us all in on just how much hot coffee has not been wasted via angry tossing over the past year. 😉

In addition to Johnna and Garrett, other couples that we know filmed again include Mary and Dom as well as Andrea and Lamar. WE tv also solicited fans on Twitter for any questions they might have for Angela and Tony as well as Scott and Lizzie. That only leaves James and Alla in the mystery pile.

So, be sure to clear your upcoming Friday nights! Love After Lockup: Our Story airs at 10/9c on WE tv!